Turkey, leading mentor of the Palestinians 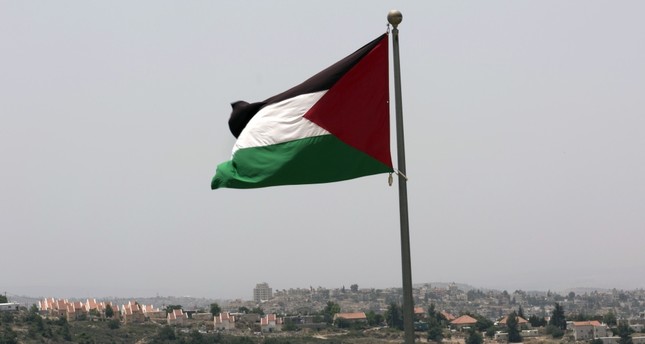 The Palestinian national flag flying from the highest point of the new West Bank Palestinian city of Rawabi, north of Ramallah, June 4, 2016.

Turkey and Israel have taken a great step to normalize their frozen ties since the Mavi Marmara raid. From now on, the only thing both countries should do is take the process forward for a better future in bilateral relations

The long-awaited agreement between Turkey and Israel to normalize their ties is good news for the Palestinians as well as the Turks and the Israelis and for our troubled region in general.

Since the sequence of events that followed Israel's raid on the Mavi Marmara relief ship that resulted in the killing of nine persons including Turkish civilians and one American activist in 2010, Turkey downgraded its diplomatic relations with Israel...

Turkey wanted Israel to apologize for the incident, pay compensation for the victims of the raid and asked Israel to lift the devastating blockade on the West Bank and the Gaza Strip that has paralyzed life for the Palestinians.

In March 2013 Israel officially apologized to Turkey for the incident yet there was no progress on the compensation issue or the lifting of the Israeli blockade against the Palestinian regions.

Israel eventually agreed to the compensation demands of Turkey, which left the lifting of the blockade as a sticking point where Israel stood firm demanding its security concerns be addressed. Israel says the militant Palestinians have exploited their past access to the outside world to acquire arms and to harass Israel and have thus put up a strict blockade that has eventually paralyzed the region that was devastated by Israeli bombings and raids over the past few years. The Gaza Strip and the West Bank had turned into a virtual open air prison for the Palestinians. This is what Turkey objected to.

So while Israel will not lift the blockade it will allow relief material, construction material and other critical goods to enter the Palestinian regions through Turkey and with Israeli supervision.

Turkey will help rebuild the devastated Palestine under the watchful eyes of the Israelis. It will also provide relief material, food supplies and other critical items for the Palestinians under Israeli supervision. Turkey will also solve the water and electricity problem.

This puts Turkey in a unique position where it will be the main and most reliable supply source and route for the Palestinians, which should make us all very proud.

This also means Turkey's role as the chief mentor of the Palestinians will be enhanced. Turkey will proudly say it has done more than its Arab brothers in offering a helping hand to the Palestinian people. All that is fine and makes us all very proud. Yet, we also have to be extremely cautious not to be drawn into the conflicts between the rival Palestinian groups. Turkey has to maintain a fine balance in its ties with Hamas, Fatah and all other Palestinian factions.Besides that, the agreement also shows that despite our ups and downs, Israel regards Turkey as a trustworthy country that will be honest in its dealings with the Palestinians and will not take any steps that jeopardize Israel's security. That too is important.

The agreement will of course have dividends as Turkey will now be able to rejuvenate its good relations with the Jewish lobby in the United States and win new friends in the American Congress.

Now is the time for Turkey and Israel to put aside old grievances and start talking to each other in earnest about the future of our region and the mess that has been created in the aftermath of the Iraqi and Syrian ordeals.