Why are some people in the West so unhappy with our survival? 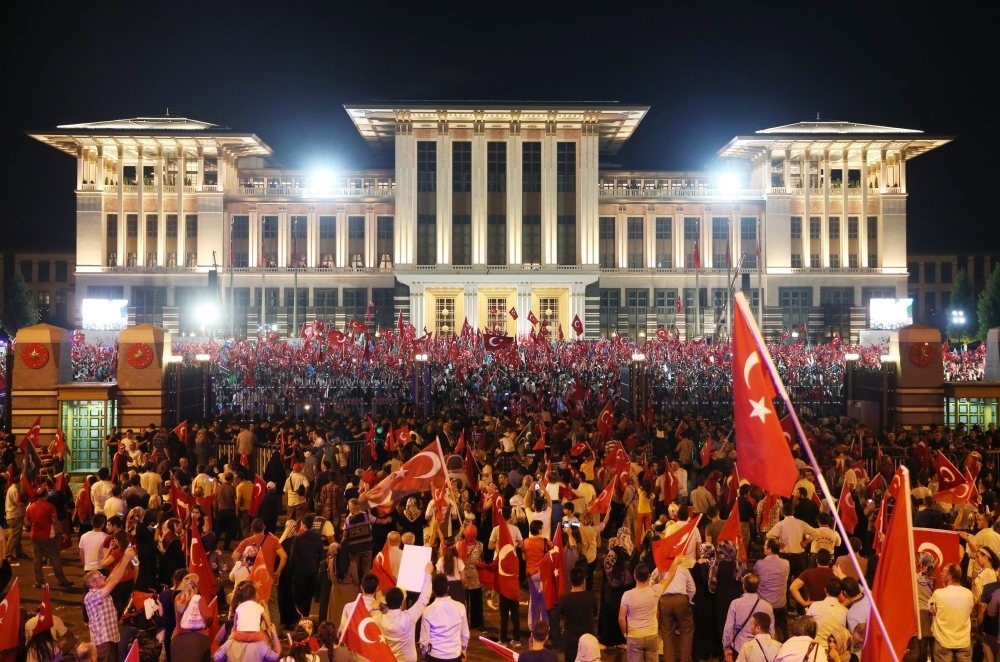 A large crowd gathering to listen to President Recep Tayyip Erdou011fan speaking at a democracy rally to denounce the July 15 failed coup attempt in front of the Presidential Palace in Ankara, Aug.10.
by İlnur Çevik Aug 12, 2016 12:00 am

Instead of calling for Erdoğan's ouster or his resignation, our so-called friends in the West will have to start getting used to the fact that it would be better for them to get used to a world with Erdoğan

We are really surprised that some of our "friends" in the West do not seem happy that we managed to foil a bloody coup attempt. We also see with surprise that they do not seem to be that impressed that the Turkish people braved tanks to halt the coup plotters. They do not seem to be that happy about 5 million people of all shades, colors and ideologies turning out at a rally in Istanbul to voice their support for democracy and to pay their respects for the brave Turks who challenged the tanks, helicopter gunships and F-16 fighters.

We would have expected our friends in the West to be elated with the fact that millions of Turks stood up against the coup plotters and defied the weapons that were purchased with their tax money and crowned the Turks as the best democrats in Europe.

We are also surprised that our friends in the West are not at all happy that we have mended fences with Vladimir Putin and that Turkish-Russian relations are now back on course.

We would have also expected them to be happy now that a dangerously explosive situation between Turkey and Russia has been defused and that a potential threat to Western security has been erased.

Friendship and cooperation between Ankara and Moscow only enhances security and cooperation, not only in our part of the world but also for world peace. So we would have expected some kind of applause for Turkey from our Western allies.

Subsequently, we are also surprised that no one was impressed when we mended fences with Benjamin Netanyahu, which should have been very good news for Middle East peace as well as global security.

Now we are starting to think nothing will impress these people as long as President Recep Tayyip Erdoğan is involved in the issue. They seem to think a Turkey without Erdoğan is an ideal situation, which is the greatest mistake the West can commit.

Erdoğan is not only courageous but he has gained a special place in the hearts of millions who have gone on to defy tanks, armor and F-16s to defend him and Turkish democracy.

Is there another leader in Europe or even the United States that would inspire his people to foil a coup by allowing themselves to become shields against armed coup plotters? If all this boils down to jealousy then people have to start becoming more mature.

Those who call themselves our friends have to realize that if the coup had been successful, the coup leaders would have turned Turkey into hell and that is when Turkey would really have become a security hazard not only for Europe and the Middle East but for world peace.

So instead of calling for Erdoğan's ouster or his resignation, our so-called friends in the West will have to start getting used to the fact that it would be better for them to get used to a world with Erdoğan and find ways to cooperate with him. After all, Erdoğan opposes oppression and injustices against the masses of the Middle East as well as in other parts of the world and supports real democratic values, which Western Europe and the U.S. also preach.
RELATED TOPICS