July 15 was a plot to cause regional chaos 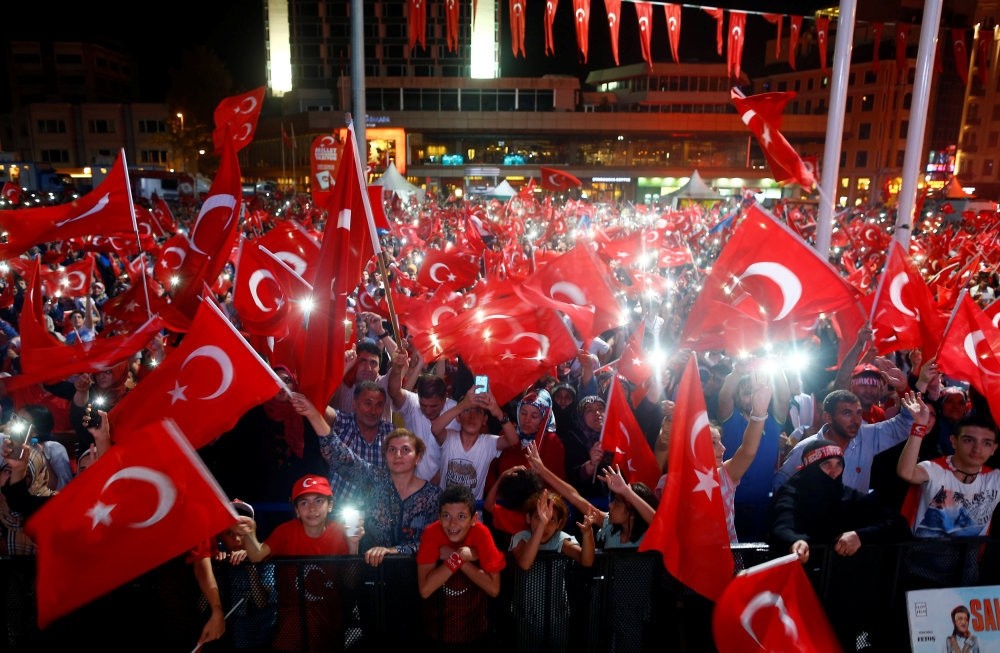 If the coup attempt was successful, Turkey would have been plunged into instability, threatening regional peace. The mess in Turkey would further create chaos in the Caucasus, Middle East and the Balkans

It has been a month since the terrorists in Fethullah Gülen's gang staged a bloody coup attempt and failed. We still have not heard any proper statements of solidarity or support from our Western allies. On the contrary, we are under constant criticism for cracking down on the coup plotters and weeding out their remnants that have infiltrated state offices.

To add insult to injury, we also read strange signs at the Vienna airport where passengers are advised not to go to Turkey as it would mean supporting President Recep Tayyip Erdoğan. We also read an incredibly monstrous electronic sign that said: "Turks allow the rape of girls under the age of 15." So some Europeans are openly trying to hurt us with insults and lies and are displaying open enmity.

The Germans tried to prevent pro-Erdoğan rallies by Turks while the Belgians allow pro-PKK rallies in Brussels. There are even some Europeans who are calling for Turkey's expulsion from NATO.

There are also some Americans who feel deep remorse that the coup failed.

Have any of these people really taken the trouble to contemplate what would have happened to Turkey and Western interests had the coup been successful?

Judging from the behavior of the coup plotters and how they had no regard for human life and did not care for the safety of civilians, the junta would have massacred hundreds of people if not thousands without bothering to bring them to court. This would not only be the case for Erdoğan and his family, but all of us who work closely with Erdoğan and those in the administration.

Then there would be martial law, the arrest of thousands and massive human rights violations. Democracy and free society would go down the drain and Parliament would be dissolved for years to come.

The economy would collapse and the huge foreign investments that have poured into Turkey over the years would be seriously harmed. Many companies and businesses would go bankrupt and Turkey would be thrown out of the European Customs Union.

Turkey would be plunged into chaos and possibly into civil war with violence tearing the country apart like Syria and Iraq. Many Turks as well as the nearly 3 million Syrian refugees now living in Turkey would pour into Europe, creating a massive human tragedy.

The Kurds would get their share of the tragedy as they, too, would face persecution and a crackdown of all kinds.

Turkey would be plunged into instability, thus threatening regional peace. The mess in Turkey would further create chaos in the Caucasus, the Middle East and the Balkans.

The ugly picture that emerges from all this is just the tip of the iceberg. Would our European friends and those in responsible places in Washington bargain for such a mess? Is there any exaggeration in all this? So at the end of the day it is clear that not only Turkey, but the West had a lucky escape? This should be rejoiced. People have to learn to live with Erdoğan and try to understand him better, but it seems no one in Europe or Washington is in any mood to do this.
Last Update: Aug 16, 2016 1:24 am
RELATED TOPICS