Welcome to the land of the brave, Mr. Biden 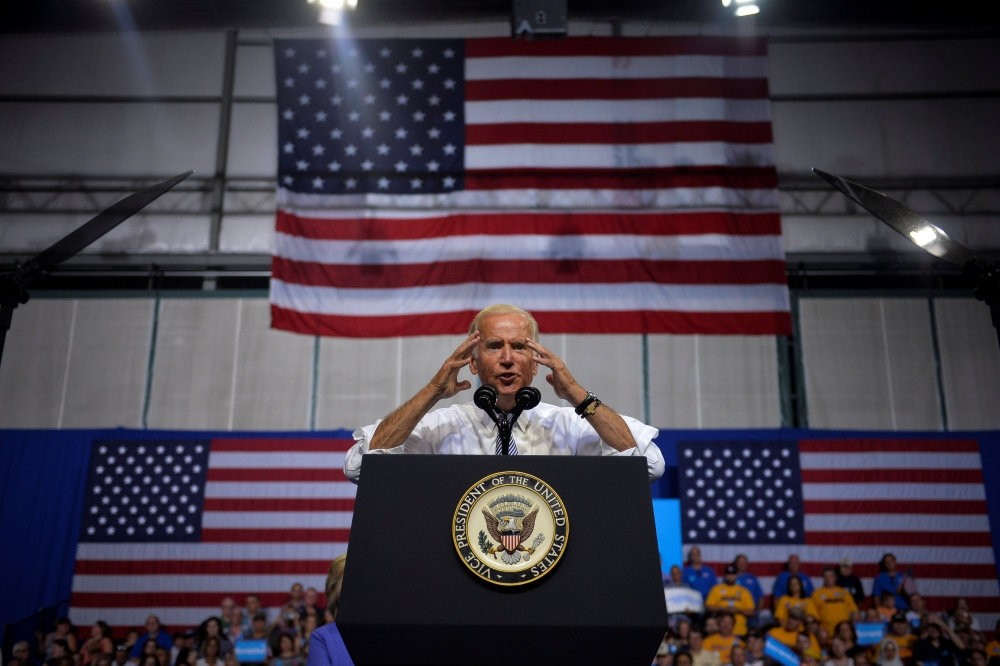 Mr. Biden is the first and only Western leader who visited Ankara after the failed coup. He will see for himself the depths of Turkish sentiments after the coup and hopefully report back to his president about the mood here

Welcome to Ankara U.S. Vice President Joe Biden, to the land of courageous and brave people who stood up against tanks, armored vehicles, helicopter gunships and F-16 fighters and defeated a coup attempt by sheer faith and dedication to democratic values on July 15. This is the land where the people have proven how brave they are by shedding their blood for democracy, in reality, not the fantasy of Hollywood movies.

This is the land where 250 people lost their lives and more than 2,000 were wounded at the hands of senseless coup plotters who indiscriminately opened fire on crowds on that fateful night. It is the land where fighter jets flown by the rebels bombed Parliament along with several other security buildings.

The people of Turkey have been told by the coup plotters that the mastermind of the coup was a devious man called Fethullah Gülen, who has been living in a plush Pennsylvania ranch in the U.S. in self-imposed exile. His organization has infiltrated every state office and the Turkish Armed Forces (TSK) as well as the judiciary and police. Now Turkey simply wants him extradited from the U.S. to face justice in Turkey. Ankara has launched a massive crackdown against the Gülenist Terror Group (FETÖ), which has now transformed into a kind of terrorist apparatus.

Investigators hired by Turkey have unearthed several of this organization's criminal dealings in the U.S., from money laundering to the misuse of tens of millions of dollars allocated to charter schools. They discovered that many members of the congress and senate were practically bought by Gülen. There are even reports that Gülen militants have managed to sneak into the American military.

Witness after witness, confession after confession by coup plotters have pointed the finger directly at Gülen and his terrorist group for the coup. This should have at least created some strong suspicion in the U.S. that Gülen was up to no good and should have allowed the American authorities to keep him in house arrest. Instead he has been allowed to continue to threaten our people and insult us. This is too much for a nation that has suffered trauma from a massive coup attempt at the hands of this creature. Anti-American sentiment is mushrooming into hatred, which is extremely dangerous for the good of Turkish-American relations.

We know that the U.S. administration was not behind the coup attempt. Yet we also know that there are some people in the U.S. who want to topple the Justice and Development Party (AK Party) government and President Recep Tayyip Erdoğan at all costs and may well have been behind Gülen's failed coup. So it is only natural for us to want the U.S. justice system to find and prosecute these criminals.

Another area of deep resentment in Turkey is the strong cooperation between the U.S. and the Democratic Union Party (PYD) in northern Syria, which is a clear extension of Turkey's secessionist PKK terrorist organization. The U.S. has provided training and arms to the PYD, some of which at times has been used inside Turkey in terrorist attacks that have killed scores of our citizens. This is an intolerable situation and yet the U.S. has remained indifferent to Turkish complaints.

The U.S. promised Turkey that PYD forces would cross to the west of the Euphrates (which was a declared red line for Turkey), end the DAESH presence there and then hand over the region to Free Syrian Army (FSA) and then withdraw to the east of the Euphrates. The PYD has not returned to the east of the Euphrates and instead has been pushing further deeper into the west of the Euphrates, which has resulted in Turkish shelling. The PKK-PYD duo feel that they can exploit the negative security situation that has been created after the July 15 coup attempt and thus hurt Turkey both by stepping up terrorist attacks in eastern and southeastern Turkish provinces and also creating a new Kurdish zone on Turkey's borders.

Turkey's hand has been strengthened with its successful fence mending with Russia and thus can play a more active role in Syria. So our major ally, the U.S., should see the reality on the ground and start disengaging with the PYD as soon as possible.

Mr. Biden is the first and only Western leader who has visited Ankara after the failed coup. He will see for himself the depths of Turkish sentiments after the coup and hopefully report back to his president about the mood here. Let us hope for the best.
Last Update: Aug 23, 2016 8:02 pm
RELATED TOPICS