You can't cast a shadow on the will of the people 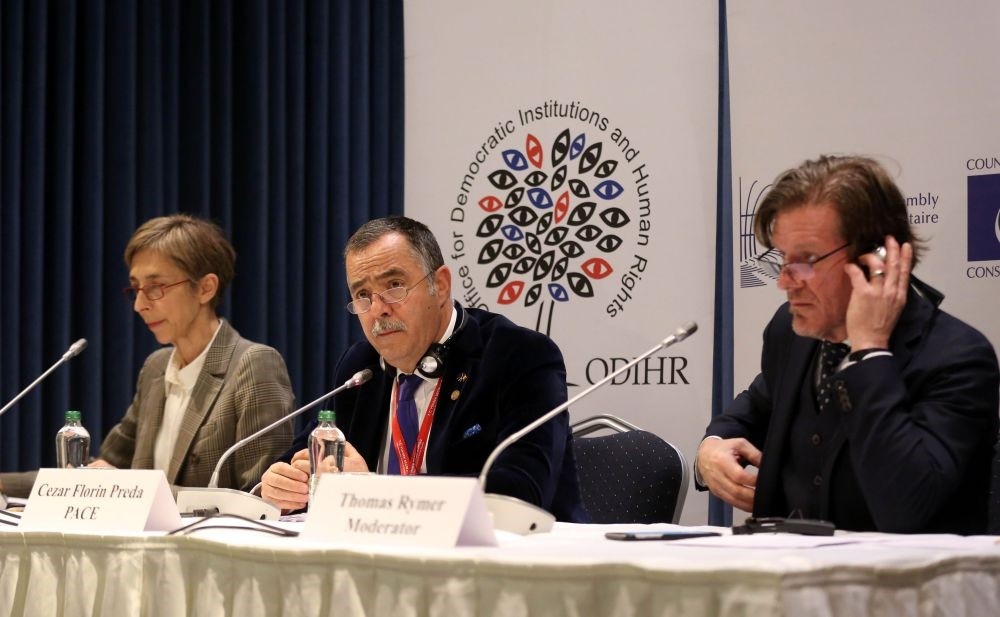 The nation gave its verdict on Sunday and approved a constitutional change that will usher Turkey into a presidential system of administration. The referendum was fair and square.

Turkey is famed for its highly democratic elections and balloting. Over the years, Turkey has had to go through numerous elections and referendums, the turnout has always been very high compared to other Western democracies, proving the maturity and enthusiasm of Turkish voters. Balloting has been free and open and the election processes have been extremely just. Sunday's referendum was no exception. The turnout was high, the balloting was free of incidents, people went to the polling stations without hindrance, police and security measures were practically invisible, so much so that no one realized Turkey was under emergency rule because of last July's bloody attempted coup. The counting process was free and fair, performed under the watchful eyes of the representatives of all the political parties. There was no room for fraud or irregularities; just the typical Turkish polling.

Yet we were highly disappointed when those who wanted the rejection of the constitutional changes started acting like bad losers. Then European observers started talking about irregularities. Later we realized that the rejection front in close cooperation with the rejectionist main opposition Republican People's Party (CHP) and the Kurdish extremist nationalist Peoples' Democratic Party (HDP) had ganged up with so-called election observers from Europe to defame the referendum results.

The fact that European politicians were unanimous in rejecting the new Turkish governmental system and did everything openly to sabotage it even during the campaign period should have been an eye opener for the Turkish authorities when foreign observers were let into the country several weeks ago. Yet no one believed the observers could be so corrupt and biased.

It became apparent that some of the observers assigned by the Organization of Security and Cooperation for Europe (OSCE) were in fact proven PKK terrorist organization sympathizers and not unbiased persons and were here to sabotage the referendum results. They used the same arguments as the CHP to claim irregularities, which was really sad and frustrating.

The CHP on the other hand started a campaign of attrition. They rejected the referendum results, said they do not recognize the will of the people. At one point they even threatened to walk out of Parliament but then decided that that would be counterproductive to their aims.

The CHP is notorious for its anti-democratic stance. The party has been behind many military coups and interventions. In 1960, the CHP was instrumental in spreading lies about the elected government and thus encouraged the military to take over power and then send Prime Minister Adnan Menderes, Finance Minister Hasan Polatkan and Foreign Minister Fatin Rüştü Zorlu to the gallows. The CHP always does this, so it is no surprise that they are again trying to create havoc in Turkey.

It is also no surprise that the Europeans are rallying behind the CHP and the HDP to try to stall Turkey's progress. All these are empty gestures. They are in vein. Nothing will change the realities or the verdict of the Turkish people. The Supreme Election Board (YSK) has rejected the appeals of the opposition parties to declare the referendum null and void. Now the opposition parties are saying they do not recognize the Supreme Court. So why did they bother to launch their appeals at the court in the first place if they have no regard for it?

The opposition is committing a terrible mistake. The sooner they see this and bow to the will of the people the better.
Last Update: Apr 21, 2017 2:36 am
RELATED TOPICS