…and Parliament will elect chief judges 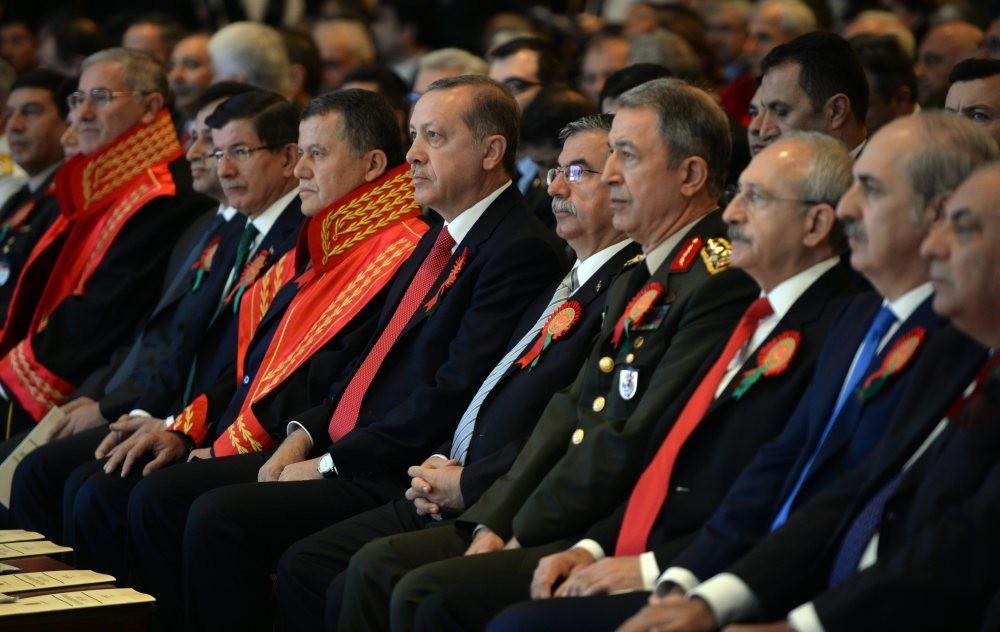 The first application of the proposed changes to the judicial body will help it to work more efficiently, based on democratic principles

For the past three months the Turkish people have been the target of a merciless disinformation and slander campaign both at home and abroad by those who opposed the constitutional changes that are now ushering our country into a presidential system.

They spread lies and distortions that the new constitutional changes are anti-democratic, that the system will create a dictatorship, would eliminate the powers of Parliament and put the judiciary under the control of the president.

The Constitution disbands the Supreme Council of Judges and Prosecutors (HSYK) whose members were never named by Parliament. Now with the new system, the name of the council is being changed to the Judges and Prosecutors Council, which is charged with regulating the activities of judges and prosecutors. The council appoints, promotes, punishes and reprimands judges and prosecutors. The only area it cannot interfere in is the appointment of the members of the Constitutional Court.

The critics were saying that as the president holds a majority in Parliament, he will have a say in the members elected to the council by the house and he would be able to control the council. Yet they did not tell the world that in fact the seven members of the all-powerful judicial council will be elected by a majority of three-fifths in the 550-seat Parliament. As the ruling Justice and Development Party (AK Party) of President Erdoğan does not have such a majority it will have to reach an agreement with the opposition for compromise in naming and electing candidates. So the opposition WILL have a major say in the composition of the council.

This means that the president cannot control the judiciary and that Parliament will now be stronger than before as it will also have a say on who will make up the judiciary supervising body.

This example alone is enough to show to friends and foes alike that we have been subjected to a terrible disinformation campaign not only by the Republican People's Party (CHP) and the Kurdish nationalist People's Democracy Party (HDP) but by the European governments who advocated against the constitutional changes.

Whether this attitude changes remains to be seen.

CHP Chairman Kemal Kılıçdaroğlu purposefully lied to the Turkish people but still failed to win a "no" vote in the April 16 referendum. He is now trying to keep the fire going by launching a legal battle against the changes but they too are failing. He is trying to cover up his failures and defeats as a party leader by creating controversy and debate and keeping his party rank and file busy. Because he knows that once the dust settles, the people in his won CHP will start challenging his leadership.

The Europeans seem to have mellowed and have started to talk about dialogue with Ankara rather than put relations with Turkey on hold.

The deception is over. Yet we also see that the Fetullah Gülen's terrorist lobby continues to try to spread lies and slander that need to be effectively dealt with.
RELATED TOPICS