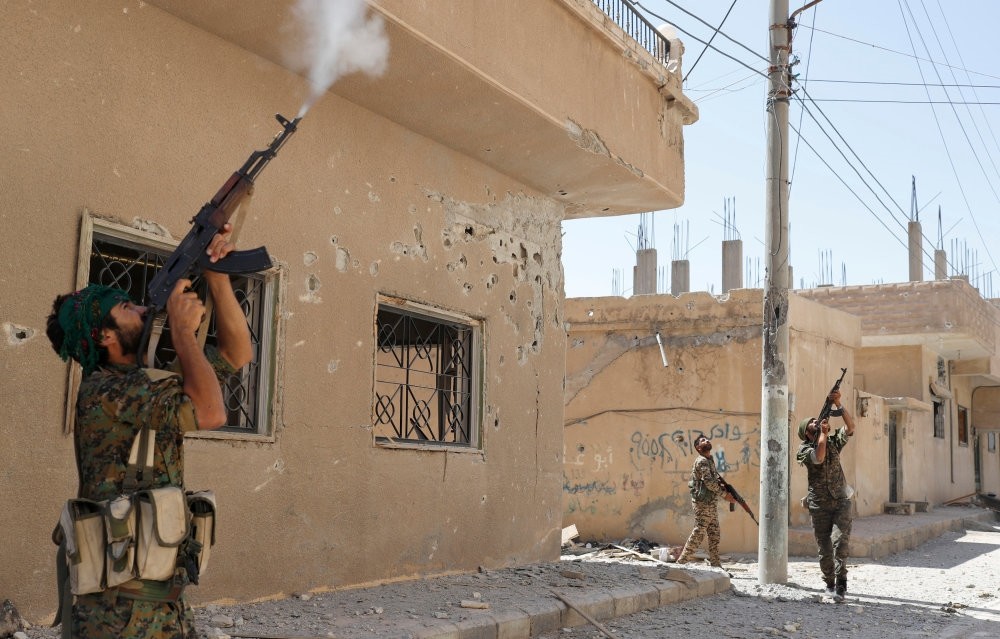 It was good to see U.S. Secretary of Defense James Mattis and Defense Minister Fikri Işık holding a frank meeting on the sidelines of the NATO defense ministers gathering in Brussels. It was also very satisfying to hear the U.S. official tell our defense minister that that the American support for and cooperation with the PKK's Syrian affiliate Democratic Union Party's (PYD) People's Protection Units (YPG) militia was out of necessity and only temporary.

Mattis apparently called arming the YPG "an interim situation triggered by necessity rather than preference," said a source who wanted to remain anonymous due to restrictions on speaking to the media.

Işık, like all other Turkish leaders who meet a ranking American official, raised Ankara's concerns over the U.S. support to the PYD and YPG in Syria in his meeting with Mattis, and also discussed Mattis's recent letter to Turkey regarding arming the YPG to fight Daesh, as well as the U.S. pledge to take back the weapons once their joint operation is over, the source added.

Turkey has repeatedly told American officials that it considers the PYD and YPG to be affiliates of the PKK, officially listed by the U.S., Turkey and the European Union as a terrorist organization. The U.S. and EU do not share Ankara's concerns regarding the YPG and PYD. Continuous U.S. support for the YPG and PYD has caused tensions in relations between Washington and Ankara while the former says that supporting the YPG is the only option to defeat Daesh and the latter says an alternative could be found with local Arab tribes, backed by countries in the region, rather than supporting and arming "a terrorist group".

All this is fine. What is very awkward, however, is that when an American official tries to assure Turkey that the support for the YPG is a temporary situation, some other official is heard assuring the YPG that it will get more arms in the future, even after the liberation of the Daesh-held city of Raqqa.

Just as Mattis and Işık were exchanging pleasantries in Brussels, Brett McGurk, the U.S. presidential envoy for the counter-Daesh coalition, was in northern Syria meeting YPG officials at a center just north of Raqqa and telling them that U.S. arms support will be increase in the future.

Telling one thing to Turkish officials and then saying something just the opposite to the YPG only creates the impression that the U.S. is fooling someone, and that someone may well be us.

In the past, we have heard U.S. spokesmen say the weapons and equipment given to the YPG in the battle to liberate Raqqa will never be taken back, yet Mattis has assured Turkey in a letter this is not the case.

The U.S. tells Turkey their love for the YPG is a passing phase, but then we see other Americans telling the YPG they are on the way for a lasting relationship. Which one is right?

Many Turks feel the U.S. is simply trying to buy time and, in the end, is actually working to dislodge Turkey from northern Syria and help the Syrian terrorists establish their autonomous zone just across the Turkish border. Unfortunately, the way U.S. officials are behaving and have behaved in the past is not very reassuring for us Turks.

Shouldn't American officials clarify all the confusion? You cannot keep everyone happy in this game, one side is being fooled, let us hope that side is not Turkey.