US taken hostage by deranged people 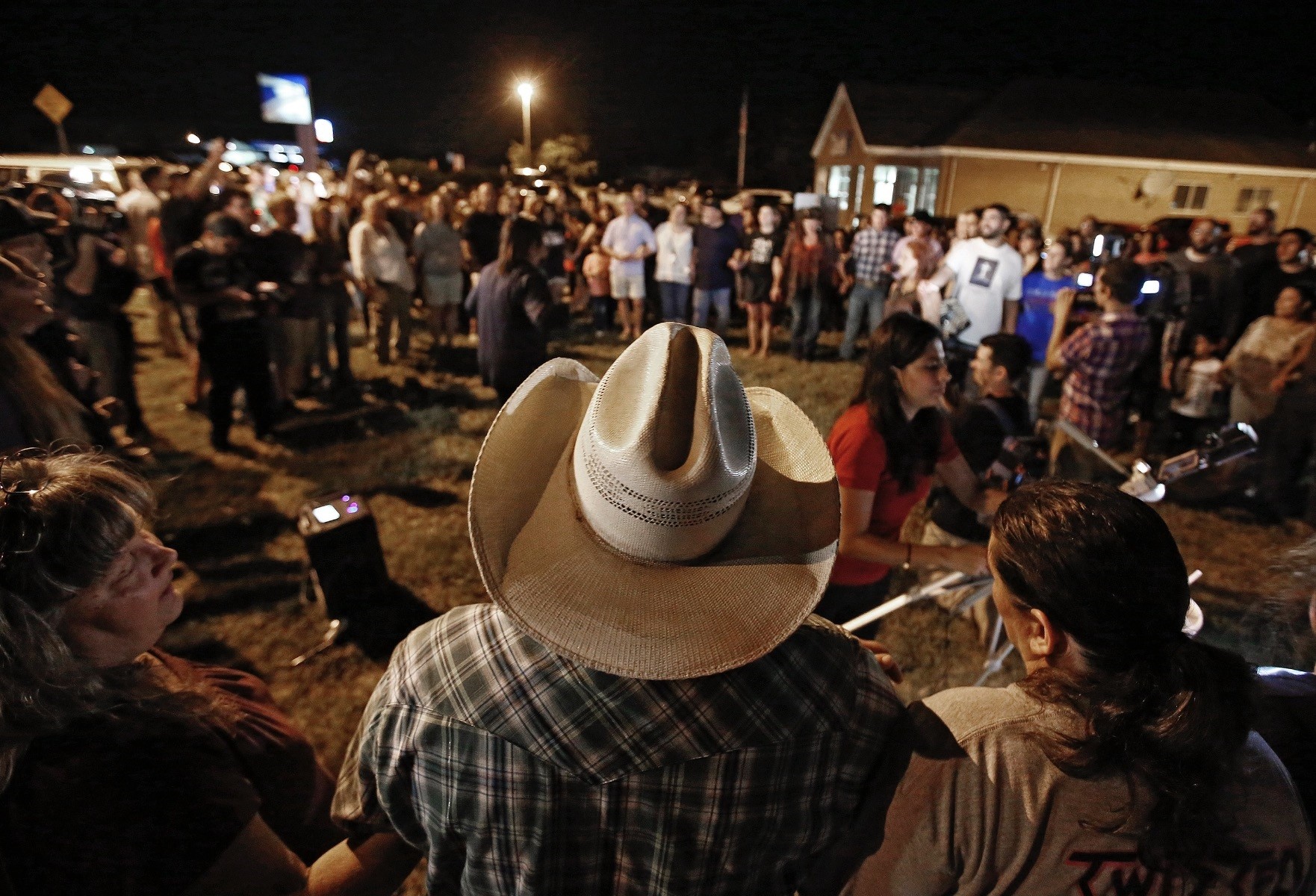 People attend a vigil near where a mass shooting took place at the First Baptist Church, which killed 26 and wounded some 20 others, Sutherland Springs, Texas, Nov. 5.
by İlnur Çevik Nov 07, 2017 12:00 am

A man, identified as Devin Kelley, dressed in black tactical-style gear and armed with an assault rifle opened fire inside a church in a small south Texas community on Sunday, killing 26 people and wounding about 20 others in what is being called the deadliest mass shooting the state's history.

The deceased ranged from 5 to 72 years old. Kelley lived in a San Antonio suburb and did not appear to be linked to an organized terrorist group. Investigators were looking at social media posts the attacker made in the days before Sunday's attack, including one that appeared to show an AR-15 semiautomatic rifle.

Kelley received a bad-conduct discharge from the U.S. Air Force for allegedly assaulting his spouse and child, and was sentenced to 12 months confinement after a 2012 court martial.

So it seems clear that the gunman had no political intentions and is therefore one of those many deranged Americans who enjoy a bloodbath, hurting people and ruining families thanks to the lax gun laws in the U.S.

Americans are not faced with Daesh killers or any other terrorist organization, but they are threatened by another mad lone gunman.

On Oct. 1, yet another mentally disturbed man shot 58 people in cold blood at the Route 91 Harvest Festival in Las Vegas, Nevada. A year before on June 12, 2016, another crazed gunman shot 49 people at the Pulse Nightclub in Orlando, Florida. And the list goes on and on.So it seems Americans are more threatened by heavily armed loose cannons than by imported terrorists.

Thus, it is only normal that the realistic solution is to disarm the American people with great speed. It is also important that gun laws should be revised to prevent people from buying arms over the counter as if they were buying a loaf of bread.

Gun laws have been a controversial issue for a very long time. Former presidents, especially Bill Clinton and Barack Obama, supported tightening laws on firearms and disarming the American people. The very powerful gun lobby, however, has effectively resisted this and has managed to even relax gun laws. As such, all kinds of people can buy arms over the counter and use them as they see fit.

This is extremely dangerous, and we are seeing its deadly results throughout the U.S.

The events should have been an eye opener to President Donald Trump, and yet he continues to support the gun lobby. How many more lives have to be taken before the U.S. administration and Capitol Hill actually say enough is enough and start taking effective measures to defeat the gun lobby? The way things are developing, the terrorist threat to the U.S. seems to be the least of their worries. The picture is quite clear. The U.S. has been taken hostage by the gun lobby and deranged people.