Turkey has always been a friend in need 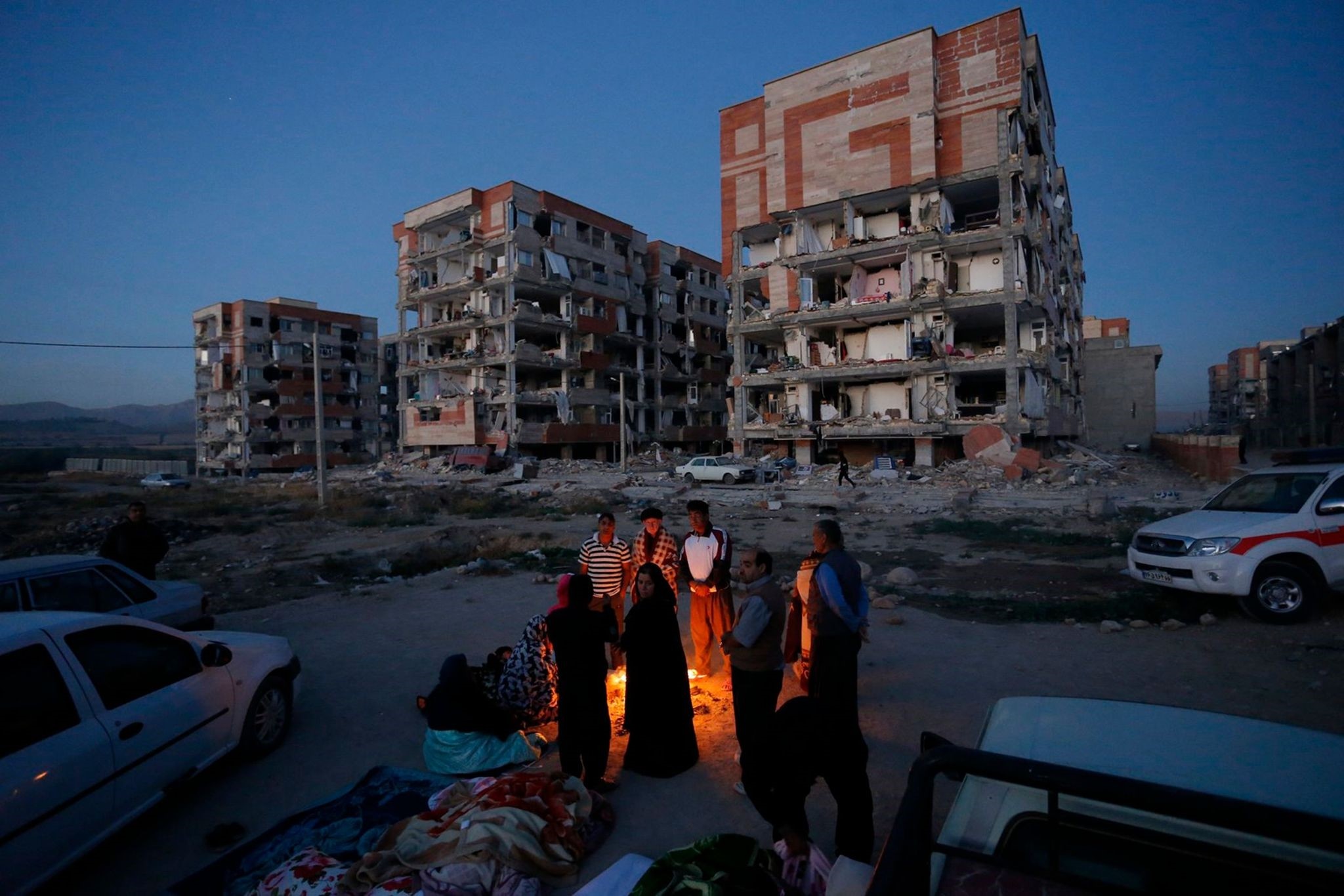 Residents huddle by a fire in an open area following a 7.3-magnitude earthquake in western Iran's Kermanshah province, Nov. 13.
by İlnur Çevik Nov 15, 2017 12:00 am

When it comes to helping the oppressed and becoming a shield for the suffering, Turkey is always there as it is now with Iraqi Kurds after the deadly earthquake

Turkey immediately dispatched 50 TIR trucks of aid, a fully equipped Air Forces' plane that also included well trained earthquake rescue teams and emergency relief experts to the Sulaymaniyah region before any other country could get to the disaster zone.

The Turkish Red Crescent and the state disaster relief organization the Disaster and Emergency Management Presidency (AFAD) were on the scene a few hours after the killer quake struck the area. The Iraqi government could not even respond as quickly to the disaster.

Turkey is always there with its relief organizations and resources.

The fact that Turkey has opened its doors to 3 million refugees from Syria, who fled the civil war, and has been hosting them in the most ideal conditions for the past six years, having spent $30 billion for them, should be regarded as an amazing achievement.

So, there is nothing to be surprised about when Turkey rushes to the aid of its Kurdish brothers and sisters in the Sulaymaniyah region of Iraq.

Turkey was and is still completely against the illegal independence referendum held by the Kurds of Iraq. Turkey has closed its airspace to planes coming from the Kurdish areas of Iraq, halted flights to Irbil and Sulaymaniyah, and it has suspended all contacts with the Kurdish administration running the region.

The Masoud Barzani administration committed a terrible mistake by insisting to go ahead with the referendum on Sept. 25 and has since been paying the price.

The Kurds have lost all the gains they made over the past two decades. They have been told to declare the referendum null and void and yet, the Kurdish leaders are still abstinently refusing to do so. They seem to be playing for time but time is not in their favor.

Nonetheless, Turkey has not and will not punish the people of the Kurdish areas of Iraq for the mistakes committed by its leaders. Turkey would never impose sanctions on any region where the innocent people would suffer, especially when these people are the relatives of our own Kurds. This should be an eye opener to those in the international community who have this type of misconception about Turkey.