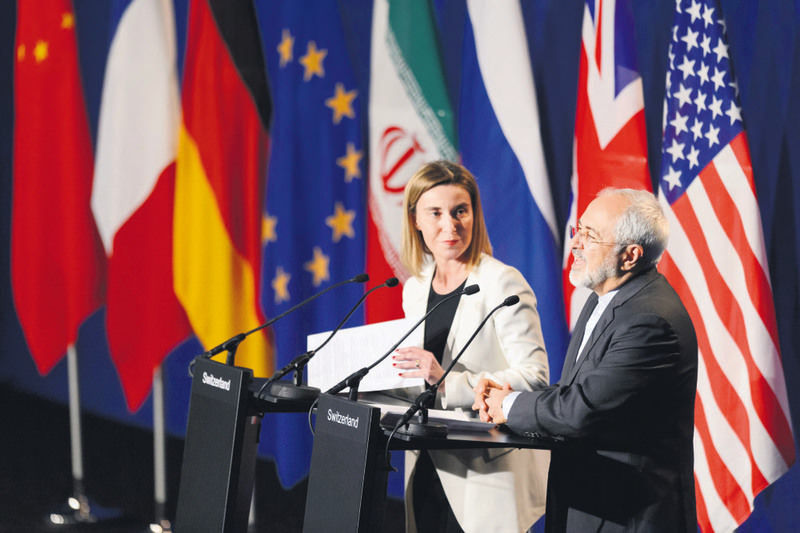 The nuclear deal was a huge step for Iran in normalizing its relationships with the West and can potentially be a game changer in the Middle East. But it will also be a source of tension in U.S.-Israel relations in the future

The framework that Iran and the P5+1 agreed on last week is a historic deal, not only for U.S -Iran relations, but also for the region as a whole. Although the final agreement is still not signed and there are still technical details that these countries need to negotiate, the impact of the agreement on the future of the Middle East is starting to be discussed. This deal can potentially change some of the most significant balances in the region, and may bring an equation to bilateral relations between the U.S. and countries of the region as well as the complex multilateral relations among Middle Eastern countries.

The deal will most significantly influence U.S.-Israeli relations. Since the beginning of the debates on a potential deal, Israel has been the vocal critic and biggest opponent of the agreement between the U.S. and Iran that would allow Iran to keep some of the capability and infrastructure of nuclear energy. Netanyahu appealed to U.S. public opinion directly before the 2012 presidential elections to raise the issue of Iranian nuclear infrastructure. Later Netanyahu again publicly opposed a deal between the U.S. and Iran, and kept warning that such an agreement will endanger the survival of Israel. When the initial agreement was reached in November 2013, the Israeli government unequivocally opposed the agreement. Netanyahu called the agreement a "historical mistake." While the negotiations were taking place between the P5+1, Netanyahu lost hope in directly influencing the administration and began trying to influence the decision of the Obama administration through the U.S. Congress. His speech to the U.S. Congress, which resulted in a major rift between the White House and the Israeli government, was the last attempt to stop the negotiations before a framework deal is reached ahead of the deadline. The administration, however, was infuriated with the involvement of a foreign leader in U.S foreign policy. Netanyahu did not meet with any of the members of the Obama administration while he was in Washington. In turn, Obama responded to the speech of Netanyahu by stating that he did not say anything new, which was one of the rare moments of severe tension between Israel and the U.S. Concerning Netanyahu's actions, Obama said: "Keep in mind that when we shaped that interim deal, Prime Minister Netanyahu made almost the precise same speech about how dangerous that deal was going to be. And yet, over a year later, even Israeli intelligence officers and, in some cases, members of the Israeli government, have to acknowledge that, in fact, it has kept Iran from further pursuing its nuclear program ... And the alternative that the prime minister offers is no deal, in which case Iran will immediately begin once again pursuing its nuclear program, accelerate its nuclear program, without us having any insight into what they're doing and without constraint. And his essential argument is that if we just double down on sanctions, Iran won't want to do that."

The negotiations continued, and a framework deal was reached last week between Iran and the P5+1. The government of Israel responded immediately to the agreement and held an emergency meeting about it. Netanyahu once again argued that the agreement would pose grave danger to the region. After the deal, Obama and Netanyahu had another difficult phone conversation in which Netanyahu repeated his concerns about the impact of such an agreement to the national security of the Israeli state. According to the reports, Netanyahu said: "This deal will legitimize the Iranian nuclear program, strengthen the Iranian economy and bolster Iranian aggression and terror across the Middle East and beyond ... Such a deal will not block Iran's path to the bomb. On the contrary, it will pave it." A day after the deal, Netanyahu also said that in the final deal, the Iranian government needs to recognize Israel's right to exist. Obama stressed just before his phone conversation with Netanyahu, however, that if Netanyahu is looking for the best option to prevent Iran from obtaining nuclear weapons, it is this deal. Obama also said that he directed his national security team to launch consultations with the new Israeli government on strengthening security cooperation between two states. The two countries may find a solution for military cooperation, but Israel's concern in terms of the increasing influence of Iran in countries such as Iraq and Syria will not end with increasing cooperation with the U.S.

So, what will be the nature of relations between two countries after this deal? The reactions on the Israeli side after this deal demonstrate that the fight is not over. Due to the lack of trust between Obama and Netanyahu and better relation between Netanyahu and the Republican majority in the U.S. Congress, Netanyahu may continue to work on advocating for a better final deal, including a stipulation that the U.S. Congress will have a role in scrutinizing the conditions in the agreement. This attempt may cause more tension between the White House and the Israeli government in the coming months, especially during the discussions about technical details. Moreover, in the case of a final deal between Iran and the P5+1, there will be a lot of discussions about the relations between the U.S. and Israel.