Implications of the Turkish referendum for political parties 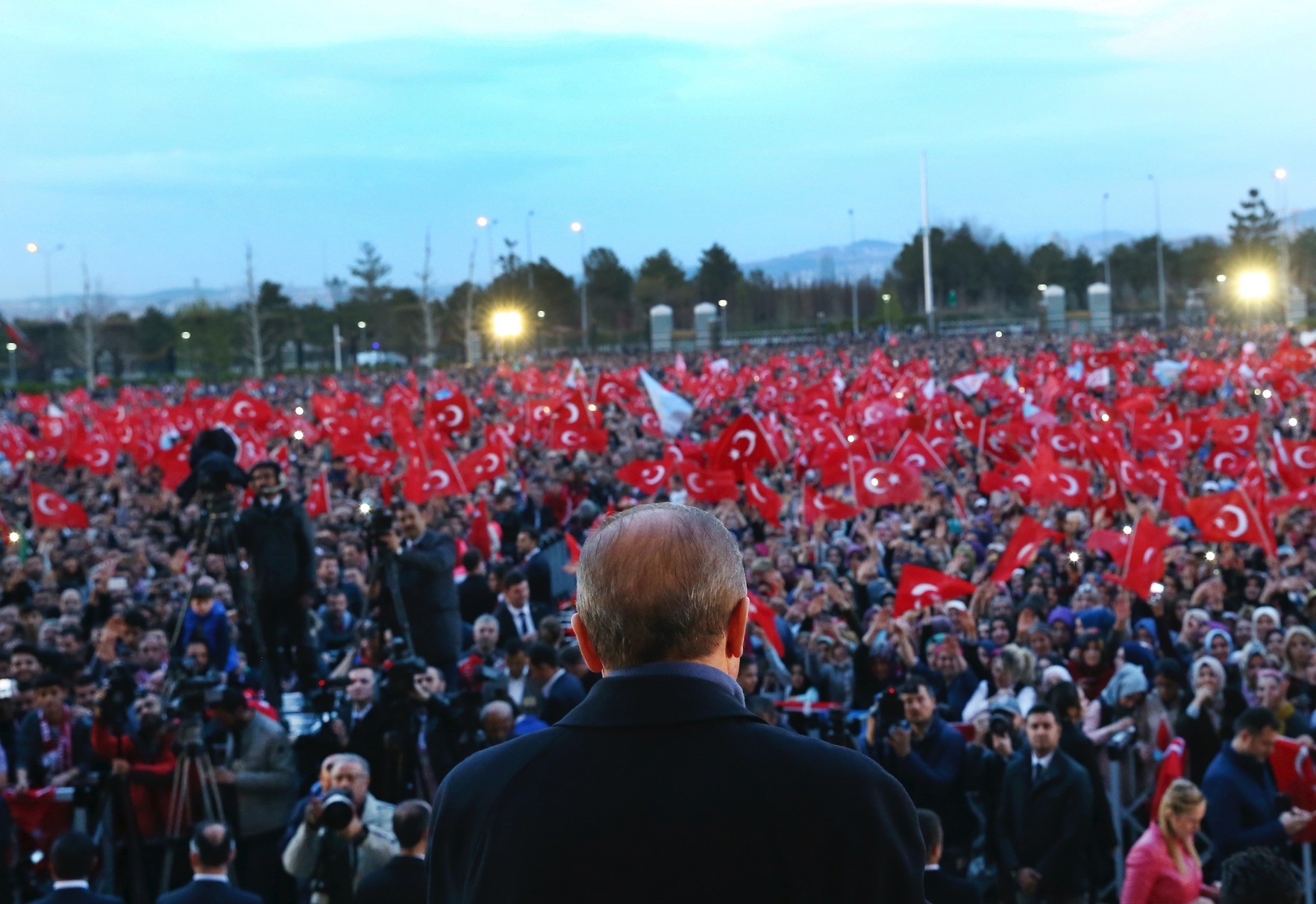 President Recep Tayyip Erdou011fan seen delivering a speech during a rally a day after the constitutional referendum, outside the Presidential Complex in Ankara, April 17.
by Mahmut Övür Apr 20, 2017 12:00 am

We have left behind a stunning and very meaningful struggle for democracy. Having stood against the July 15 coup attempt bare-handed and making history, this time the Turkish people have crowned it with their votes and made this permanent.

They achieved that despite internal and external challenges, making a historic choice. Thus, they approved of a radical overhaul of an out-dated 150-year-old system.

We know this fact by now: Numerous political actors have voiced this demand over the last 40 years but none of them have made any attempt to realize it.

Needless to say, we owe it to President Recep Tayyip Erdoğan for achieving this transformation through civilian politics.

It was clear from the start that the referendum would be a difficult one.

The transition to a new system, especially through the ballot box, was no easy feat. Achieving that is a victory for democracy in and of itself.

This victory must be crowned with democratic reforms until the next elections, which I believe will not be moved to an earlier date.

Despite the upheavals in a globalized world and challenges arising in neighboring regions, steps that include defusing tensions in domestic politics and changing the electoral law and laws regarding political parties should be taken immediately.

Let's stop at this point and look at the implications for Turkey's political parties.The result of the referendum both sends a warning and offers a chance to all. If the ruling party and opposition parties interpret the result correctly, the system will get back on the right track soon and politics will take a new shape within a reasonable span of time.

A NEED FOR CHANGE IN THE AK PARTY

The result is a message to the Justice and Development Party (AK Party) that it needs to reorganize itself in order to meet the demands of the social segments that it has transformed and brought into the center. Over the last 15 years, the AK Party has led an enormous transformation by carrying a substantial part of society into the center and providing essential services for new generations, and rapidly expanding city infrastructure on an unprecedented level. However, the party has failed to change its organizational structure in parallel with these advances.

Perhaps, first of all the growing, changing and advancing "urban sociologies" should be discussed in detail.

For it's impossible with the old structure to say new things and keep up with the changes.

A REFERENDUM SHOCK FOR THE CHP

The result of the referendum sends the biggest warning to the Republican People's Party (CHP) while also offering a new chance, too. The warning suggests that the CHP cannot move forward with its traditional method of doing politics "as usual" without producing policies, a method it has followed so far and used during the referendum campaign as well.

The people have not paid attention to the CHP's arguments despite all the external support it got, its shady alliances and threats, reminding it once again that it is a party that supports the status quo. At this point, the following truth became apparent: The real problem during the AK Party rule has been the absence of a genuinely democratic opposition. The CHP has become confined to coastal regions and is unable to produce policies that touch the lives of different social segments. That's what polarizes politics. Despite this fact, there is that 48.6-percent "no" vote, which promises the CHP an opportunity to "come to power" in the future.

The answer is sought by all but the fact that the CHP initiated a debate on the "legitimacy" of the referendum from day one indicates that it is unlikely to achieve a desirable result.