A political party striving for a ban 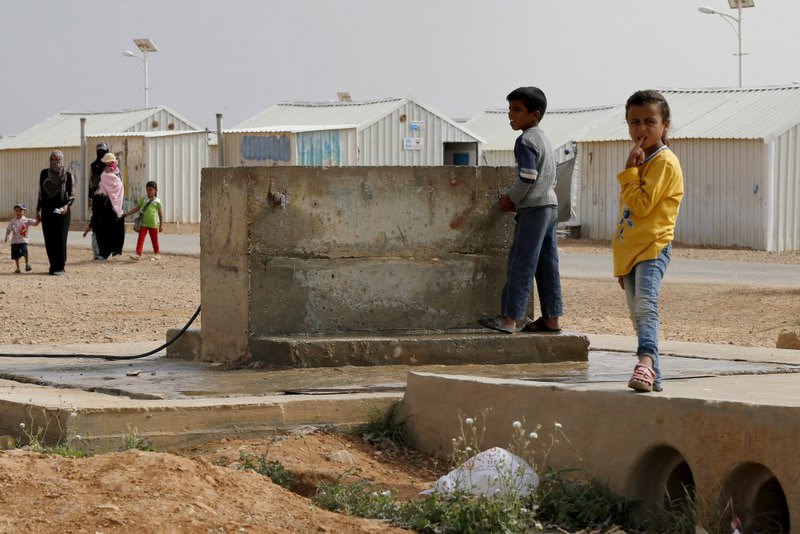 The Syrian refugee crisis, the largest since World War II, has finally pushed the EU take action to find a solution.
by Melih Altınok Oct 22, 2015 12:00 am

The anti-Erdoğan camp, which has been attacking the people's will for the last three years, is lately using the civil war and coup threat with the help of escalating terrorist attacks

I know that the title sounds interesting, but there is nothing surprising for us as people living in Turkey. Indeed, this is what the Peoples' Democratic Party (HDP), the legal wing of the PKK, which has been conducting terrorist attacks against Turkey for 30 years, is exactly doing.

Turkish political life was like a cemetery of parties, so to speak, during periods when military tutelage was active. If peripheral parties that came to power were not made to withdraw from the government through military coups, the judiciary, which dangled rights and freedoms like the sword of Damocles, came into play. Thus far, dozens of political parties that were predominantly represented by leftists, Kurds and religious conservatives, have been closed. The Justice and Development Party (AK Party), which came to power 13 years ago, has also faced memoranda and closure cases every now and then. Realizing that party closures must be imbedded in history in order to consolidate civil politics, the AK Party addressed this issue after liquidating military tutelage to a large extent. It also removed bans on propaganda and organizations and embarked on a move to make party closure compatible with international criteria. Within this scope, it prepared a draft constitutional amendment and brought it to the parliamentary agenda in 2010.

Opposition parties represented in Parliament joined hands and rejected the AK Party's proposal. The no votes cast by the Republican People Party (CHP) and Nationalist Movement Party (MHP) for the continuation of the de facto situation were not surprising for anyone at all. This is because both parties were known for their fierce opposition to the democratization of the old regime through reforms. However, as the representative of a political movement that was closed many times in the past, the HDP adopted a surprising manner during the voting as it abstained from voting for the legislation that would obstruct party closures, allowing the prohibitive and rejectionist bloc to win. Only now do we understand that the HDP's attitude, which dragged its base and Turkey's democrats into astonishment back then, was not a strategic political mistake. This is because, unlike its counterparts around the world, the HDP does not strive to move its armed wing into legal and legitimate politics and to expand its political means. Quite the contrary, it strictly clings to the comfort its armed wing represents. The most obvious evidence for this is that the HDP uses its votes, which it increased in the June 7 elections thanks to Turkey's normalizing political atmosphere, to provide legitimacy for the PKK's armed terrorist acts. However, the party's voters say the exact opposite in all surveys, suggesting that they voted for the HDP so that it would drive the PKK into legal politics.

A total of 150 people have died so far in the terrorist attacks that the PKK re-initiated only after the June 7 elections. Despite this, we have not heard any call from the HDP to the PKK leadership to stop the escalating violence. What is worse, the HDP has started to discuss the Turkish state's right to self-defense that it uses to ensure the safety of its citizens against such assaults. The HDP management has faced many investigations, including the transfer of weapons to the PKK by personnel or HDP regional affiliate Democratic Regions Party- (DBP) administrated municipalities' vehicles, and they do not hesitate in praising violence in a systematic manner. There are hundreds of examples to cite, but I think the following would be enough to elucidate the matter. The Van Municipality administrated by the BDP has been found to pay PKK militants' hotel fees where they stayed before killing a police officer in the eastern province.

Well, what kind of a sanction does the HDP face for its presumptuous attitude that goes against both national law and the Venice Criteria that considers the systematic praise of violence as an excuse for party closures? Apart from a few individual cases, no full-scale judicial process has been initiated against the HDP so far. The most important reason for this is the evolving democratic reflexes of Turkey's society over the past decade. As the public is aware of the PKK's plan to garner legitimacy through party closure, they do not create an atmosphere of pressure on the judiciary and politics. However, it is unknown how much longer the public and those in politics will insist on this artificial balance that they embrace to maintain the level Turkish democracy has reached. This is because the HDP's support for terror as a party, which administrates nearly 100 municipalities and achieved 80 seats in Parliament thanks to opportunities offered by the system, is more irritating than the PKK, which claims lives day in and day out.
Last Update: Oct 22, 2015 2:07 am
RELATED TOPICS