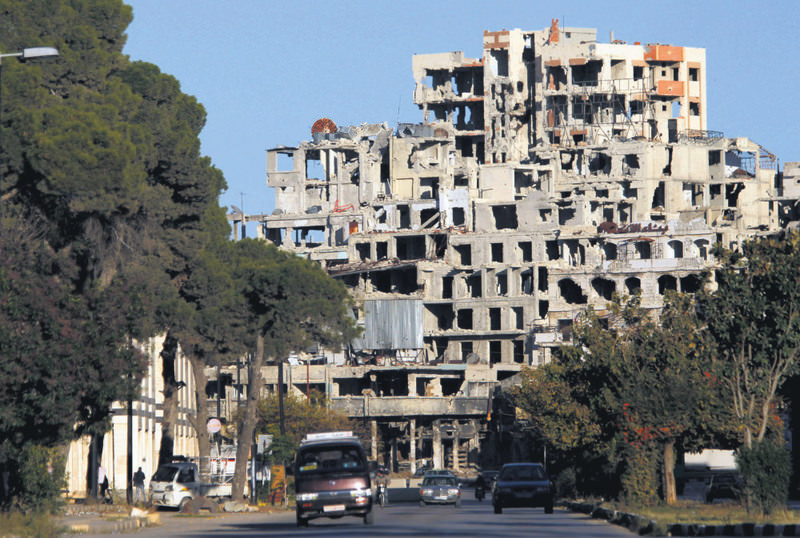 Putin, who carries out air attacks to merely increase Russia's presence in the region rather than to bomb DAESH, has left Turkey alone in the fight against the terrorist organization

Orhan Veli, a renowned Turkish poet, in one of his poems, wrote: "What we did not do for the homeland. Some of us died, some of us made speeches." These lines come to my mind when I think about the struggle between the modern world and the terrorist organization DAESH, whose notoriety has gone beyond its capacity.

Evoking these lines is inevitable since DAESH has become the new object of fear for humanity and has been the indispensable top subject of news reports. Various countries unite and mobilize their militaries, warplanes, tanks and police to fight against it. Many conferences and panels are organized on the subject and security laws have also been enacted.

Despite all this DAESH still possesses militants, weapons, proponents and money and sustains its fight.

But how can this be possible? It can only have one explanation: A fight against DAESH is not, in fact, being conducted. Evidently, the modern world loves this fear. DAESH's current function seems to keep the weapons industry alive, revive the crisis-stricken global economy, legitimize new security policies focusing on the refugee issue and, of course, render Muslims ineffective throughout the whole process.

This is not based on a romantic revolt by a "Middle Eastern" journalist in the face of chronic Western orientalism. In contrast, it is based on visible and tangible grounds inasmuch as a pebble in a shoe that hurts the foot.

If it were, would the suggestion that Turkey abets DAESH still be so popular despite the fact that the Turkish Parliament was one of the first to recognize DAESH as a terrorist organization?

Would it still be said that DAESH is tolerant of Ankara even though it held hostage some 49 Turkish Consulate staff for months?

Could they still argue that the Turkish state, which has lost around 200 citizens due to DAESH terror in Ankara and Suruç, sympathized with the organization?

Could it be argued that the country, which sacrificed many police officers while detaining hundreds of DAESH militants and launching dozens of operations against DAESH, does not fight DAESH sufficiently?

Could Turkey, which formed a special unit and deported around 10,000 DAESH proponents coming from the West, still be criticized while the U.S. and EU countries have not taken any initiative to stop their citizens from embarking on a journey to join DAESH?Would some major countries still give credence to fabricated stories such as Turkey buying oil from DAESH while it is known that DAESH oil is marketed to Damascus through some businessmen with Russian and Syrian passports?

Could Russia, Damascus, Iran and the international coalition, who argue that they are fighting DAESH, but have not yet hit a single critical position of the organization except for moderate opponents and civilians, say a word against Turkey whose army has come into contact with DAESH many times?

Many other questions could be added to this list.

We are currently witnessing another contradiction displayed by those arguing about fighting terror but in reality is beating the air as it has come under the spotlight that a unit of Turkish troops has been deployed to the Bashiqa camp in Iraq in order to combat against DAESH more efficiently.

The Iraqi central government, which served the formation of DAESH's sociological background with its policies that favored Shiites, is disturbed by of the Turkish troops in its country. Other disturbed agents include Russian President Vladimir Putin, as some businessmen with Russian passports engage in oil trade with DAESH; Syrian President Bashar Assad, who has not hit DAESH even once, and the Democratic Union Party (PYD), which acts as a crutch for the regime along with DAESH by occupying the cities Damascus formerly hit from the air.

The international coalition, which represented the fight the PYD had with DAESH in the small district of Kobani as a heroic victory, is completely silent in the face of the step Ankara has taken as part of its fight against terrorism.

Now can you tell who fights DAESH and who only makes speeches? As ancient Greek philosopher Diogenes asked Alexander the Great to "stand a little out of my sunshine," the countries claiming they are fighting DAESH should at least stand out of Turkey's fight against DAESH if they will not help in reality.
Last Update: Dec 10, 2015 2:06 am
RELATED TOPICS