New President Trump must propose a fresh start in Syria 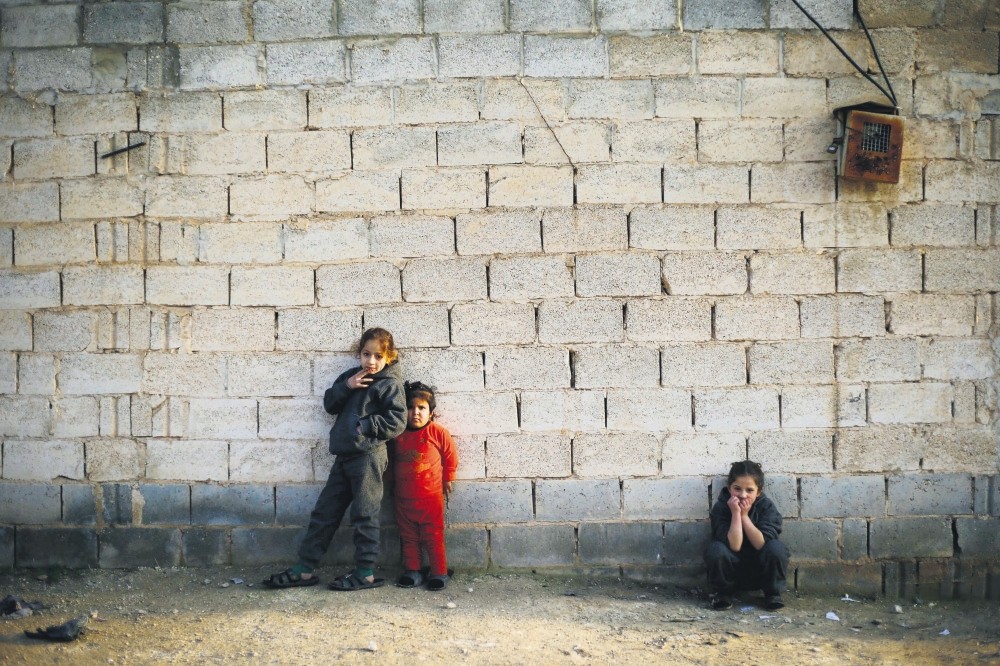 Syrian girls, who fled the village of Deir Hafer with their family, watching their brothers play in the town of Safira, south of Aleppo, Jan. 18.
by Melih Altınok Jan 26, 2017 12:00 am

Turkey, Russia and Iran met in the Kazakh capital of Astana earlier in the week to ensure peace in Syria.

As a result of the meeting, it was announced that a tripartite mechanism was established to strengthen the cease-fire regime in Syria.

Syrian opposition groups have some objections to the position of the militia supported by Tehran. Bashar Jaafari, the representative of the Assad regime, said that the Astana meeting text was a document based on the mutual consent of all parties.

We will see how the tripartite mechanism makes the transition period less painful. It seems the winds of chaos blowing in the region will reverse.

However, to go beyond wishes, it is necessary to pay close attention to the presence of the outlawed PKK and the Democratic Union Party's (PYD) cantons, which have deeply shaken the balances in the region and Europe.

Indeed, the U.S. is not a part of the Astana talks. However, there are attempts to reduce the parties' emphasis on their "commitment to the territorial integrity, unity, independence and sovereignty of Syria" to a struggle with radical groups wearing Islamic masks like Daesh and Jabhat Fateh al-Sham (formerly known as the al-Nusra Front).

Just like Daesh, the PKK and PYD also kill civilians, imprison Kurds who are not party members, use child warriors and establish cantons in violation of the territorial integrity of Syria.

Therefore, if we are to mention the "globally recognized sovereignty" of the Syrian people, the PYD and YPG, which have resorted to violent practices, going as far as genocide to manipulate the demographic structure of the region, should be formally mentioned.

In this regard, we are watching with curiosity the fate of the PYD and YPG, which operated with the overt political and logistical support of the Obama administration, in the new Donald Trump era.

If Trump does not make Obama's mistakes and acts in unison with the U.S.'s half-century-old allies, instead of terrorists, in the Middle East as he vowed in the election period, all parties will win.

Thus, in the new era, Washington can restore its relations with Turkey, which it calls a strategic partner, and compensate for its relationship with these terrorists, who have been a burden on the American people and government so far.

However, even if the contrary happens, namely even if Trump dances to the tune of global powers, it will make no difference for us.

In fact, Turkey has already revealed how serious it is through its military presence against Daesh in the Syrian town of al-Bab.

Ankara can stick its dagger into other places when necessary, much as it stuck it into the PKK/PYD terror zones or "cantons" established on its borders, and into Daesh targets in al-Bab.

This is Turkey exercising its legitimate right to self-defense. Turkey has a 900-kilometer border with Syria. Its right is much greater than the U.S.'s given that Syria is thousands of kilometers from its homeland.
RELATED TOPICS