How will the new introverted US relationship with Turkey be? 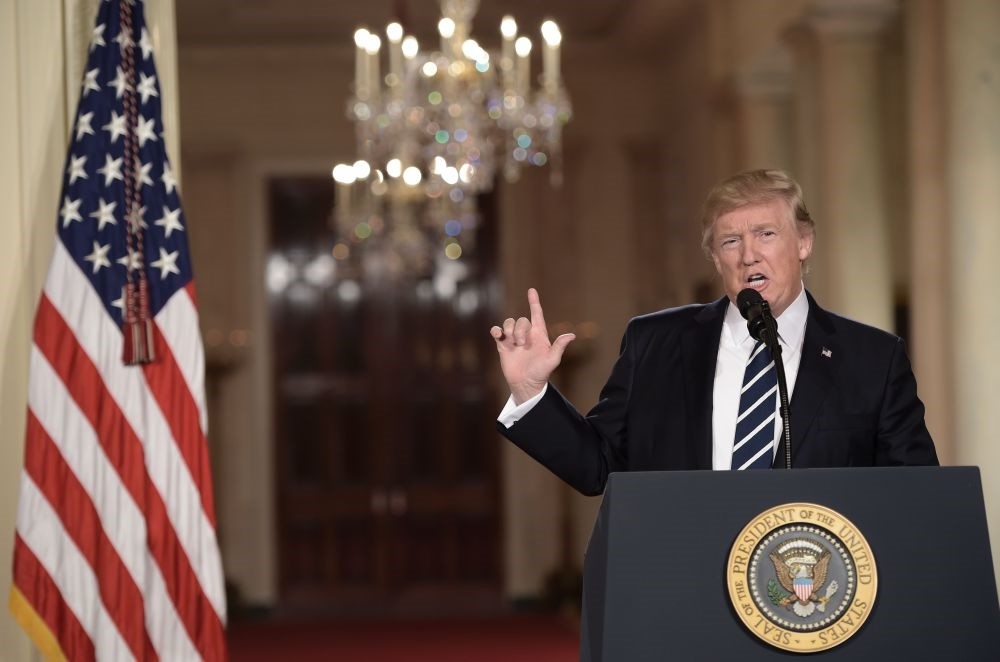 Trump's 'America first' policy is criticized among society due to fears that it will make the U.S. become withdrawn and incapable of renewing its failed relations with global actors

U.S. President Donald Trump's imposition of visa restrictions on seven countries as soon as he took office has become the topical issue of the moment.

The fact that Muslims constitute a majority of the population in these seven countries – Syria, Iraq, Iran, Libya, Somalia, Sudan and Yemen – accompanies discussions of Islamophobia.

The Supreme Court has suspended the executive order by the new president. However, the fate of refugees is uncertain as the court has not decided whether the practice would go against the constitution.

Trump defends himself on the grounds of national security and potential threats. He stated that those coming from the aforementioned countries, which the U.S. is combatting, might attempt to take part in terror acts in the U.S., adding that it is not a ban on Muslims.

The visa restriction is problematic as it has categorically declared the citizens of these countries criminals. Also, definitions like actual war are not serious issues for a country like the U.S.

Moreover, the new president's project to build a wall on the border with Mexico, which is not a Muslim country, and his statements about trade and the military indicate that discussions reveal an introverted perspective.

Trump started by seceding from the Trans-Pacific Partnership (TPP) and ordering a revision of the North American Free Trade Agreement (NAFTA). He also wants to revise all other bilateral agreements in which the U.S. is a party. He took a clear stance against globalization and called on U.S. companies around the world to return home.

He stated that it would be wrong to lay NATO's burden on the U.S. more than other members, saying that the U.S. would not attempt to design administrations in the Middle East any longer.

All these developments and Trump's emphasis on "America First" in his presidential speech point to the U.S.'s introversion.

Well, how will this situation affect U.S.-Turkey relations, which were strained during the Obama period?

From a commercial point of view, the U.S.'s revision of all agreements might create opportunities for Turkey like all other developing countries. Obviously, however, the main consequence of the new period will manifest itself in political and military areas.

Despite being an ally of the U.S., Turkey has so far suffered a lot from U.S.-backed military coups. In addition to its support for terrorist organizations like the PKK and its Syrian wing, the Democratic Union Party (PYD), Washington also protects tutelary groups like the Gülenist Terror Group (FETÖ).

With Trump's perspective of "returning home," Turkey's role in the region might become more important for the U.S. This development will settle Turkey-U.S. relations on a more equal and rational basis.

This is the expectation of a broad section of the Turkish public. Even though some of Trump's statements that disturbed Muslims have created discontent, hopes are still alive. Everyone is keenly looking forward to the bilateral meeting between President Recep Tayyip Erdoğan and U.S. President Donald Trump, which is expected to take place in the upcoming months.

The meeting of the two leaders will undoubtedly determine not only Turkey's, but also all Muslim countries' relationships with the U.S. in the coming period.

So, it would be useful for everyone not to be impetuous, while taking up a position against Trump.
Last Update: Feb 02, 2017 1:22 am
RELATED TOPICS