How the US has been checkmated in the Middle East 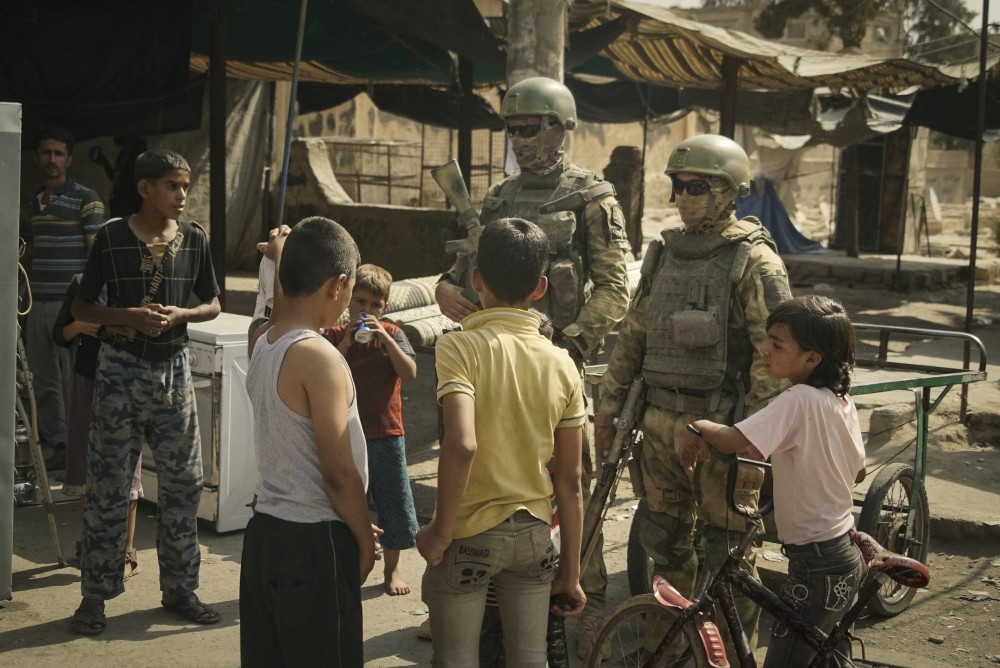 U.S. President Donald Trump, who had pledged before the election that the U.S. would cause less trouble in the world, is doing the exact opposite of what he had said.

I do not know, maybe the president has to act like that to compromise with established structures inside the country. Maybe he thinks that conditions have changed in a few months, and he is just revising his promises.

But whatever the reason, it is possible to see that this confusion and unpredictable course of affairs have already brought losses for the U.S. in the Middle East.

Looking at U.S. relations with several key countries that dominate the region, the tension between Ankara and Washington, which escalated during former President Barack Obama's terms, has not eased. Even if Trump took office after the July 15 coup attempt in Turkey, he has not done anything to address Turkey's problems in this process. For instance, he has not extradited Fetullah Gülen, the perpetrator of the coup, to Turkey. Moreover, he has boosted support to illegal organizations such as the PKK and the People's Protection Units (YPG), which are engaged in activities against Turkey, an ally of the U.S. in the region. Scandals such as the visa crisis between the two countries still persist. In brief, Turkey has moved away from the U.S. as never before.

On the other hand, U.S. relations with Tehran are too bad to compare with Obama's era. Aside from the agreements to be abolished, Washington's restrictions on Iran have almost become hysterical. The U.S. judiciary and intelligence agencies are almost in pursuit of anyone who meets and shakes hands with an Iranian. Of course, Iran is not hesitant to reciprocate.

Only terrorist groups, which are not a demographic group, side with the U.S. in Syria.

As for Iraq, after the independence referendum of the Kurdistan Regional Government (KRG) in the north of the country, the U.S. has left the field to regional countries like Iran. Even recently resigned KRG President Masoud Barzani, who dominated Iraqi Kurdistan with U.S. support in the post Saddam Hussein period, is no longer hesitant to express his distrust in Washington: "You know, I can say we have, we are going to have a very serious revision of the relationship [with the U.S.]. ... Absolutely this is not going to leave a positive impact on the public in Kurdistan because the love, the hope and the trust that the people have in the U.S. has declined and is decreasing day after day. … Maybe Russians could become better friends than the U.S."

Barzani's remarks are also a sign that the U.S. has lost twice in the region. In fact, they are about to lose the disrupted alliances to the Russia- and China-centric pole.The only thing Trump is doing against this course for now is to solidify Israel as its outpost, get close to the rich corporate states that have no influence in this region and pave the way for the Saudi crown prince whom it will be able to control more easily.

It is no use crying over spilled milk. After all, countries in the region have had the opportunity to experience alliances through which they could unite their interests with their neighbors.

It will be very difficult for Washington to convince the Middle East of the legend that the U.S. has a long-term plan again.