Reminding Hillary Clinton what US presidents do 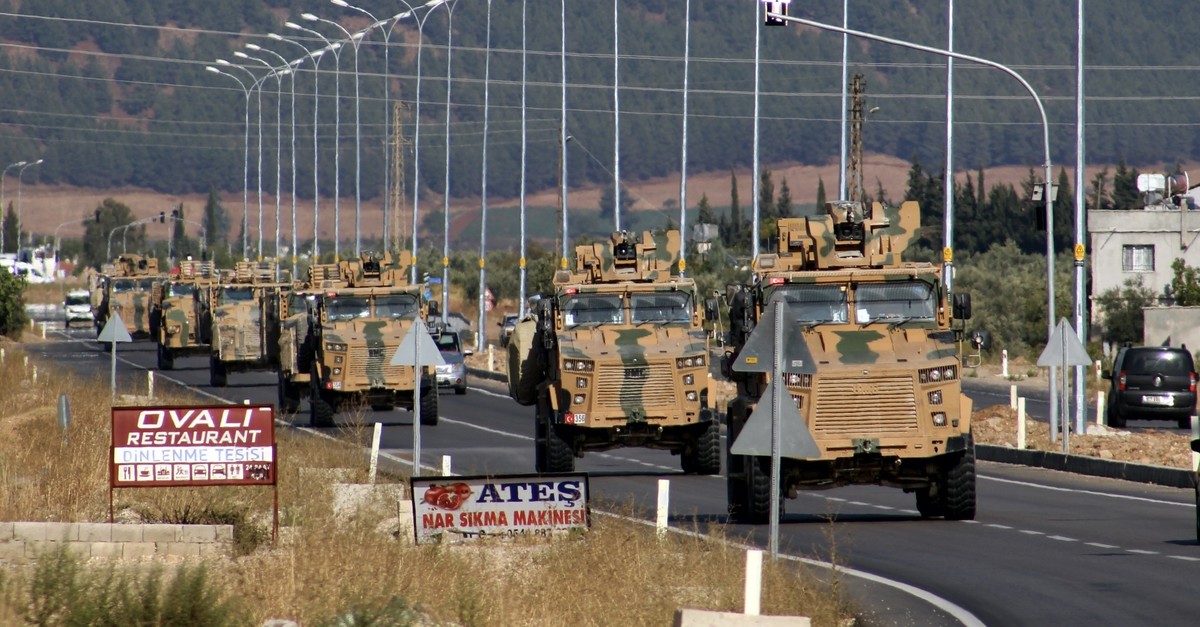 U.S. presidents are sworn in to protect the interests of the U.S. people, not to protect terrorists in the Middle East

There is nothing abnormal about what we have been talking about so far, is there?

We are talking about cooperation between the presidents of two states that have been in a robust alliance relationship since World War II, albeit some painful processes have been experienced.

Turkey is a country which has opened some of its bases, İncirlik in particular, to the U.S., its strategic partner, since the Cold War era. There are U.S. troops serving in Turkey. Now, Ankara has fulfilled the requirement of the alliance, i.e., has informed the White House, before carrying out an operation against the People's Protection Units (YPG), the Syrian branch of the PKK, which the U.S. recognizes as a terrorist organization. The U.S. president has acted in line with the strategic partnership. It is also clear that Trump, who has already repeatedly stated that the U.S. presence in Syria is harming his country, had no difficulty taking this step.

However, there is someone who has found this very strange. Hillary Clinton, who faced Trump in the last election, shared the following statement on Twitter:

"Let us be clear: The president has sided with the authoritarian leaders of Turkey and Russia over our loyal allies and America's own interests. His decision is a sickening betrayal both of the Kurds and his oath of office."

First, it is an insult to us, as voters, that Mrs. Clinton names the legitimate government in Turkey, which is a NATO member, a prospective EU member and the only secular Muslim state in the region, "authoritarian."

Second, she is confusing the Kurds with the PKK-YPG, given that 200,000 of the Syrian migrants in Turkey are Kurds. In other words, these people have taken refuge in Turkey because of the PKK-YPG repression. Also, there are millions of Kurds among Turkey's population of 80 million. And Erdoğan's Justice and Development (AK Party) is either the first or the second party in cities with a majority Kurdish population in Turkey. In short, drawing an equivalence between the PKK-YPG and the Kurds is simply cheap agitation, and ignores the reality of the terrorist organization which has shed the blood of thousands of civilians.

Third, what kind of democrat is Mrs. Clinton? While Trump, called a "hawkish," says the U.S. plans to put an end to military adventures outside its borders, Hillary Clinton, who never gives up her peaceful posturing and political correctness, is uncomfortable with the return of U.S. troops. Is there not something very wrong with this?

Fourth and last… If Clinton were in office, she could choose a strategic partnership with the PKK-YPG, a secular version of Daesh, instead of Turkey, her country's ally of over 50 years, with which they have carried out joint projects such as the F-35. However, the fact that she is reminding the elected U.S. president, who has not shared this fantasy, of his oath, needs further explanation.

To the best of our knowledge, U.S. presidents are sworn in to protect the interests of the U.S. people, not to protect terrorists in the Middle East, where no one can guarantee that they will not turn around and shoot U.S. troops.

Is there something we do not know, Mrs. Clinton? Have things really changed that much in the U.S. after 9/11?