Do you believe in coincidences? After the G20 talks, I don't 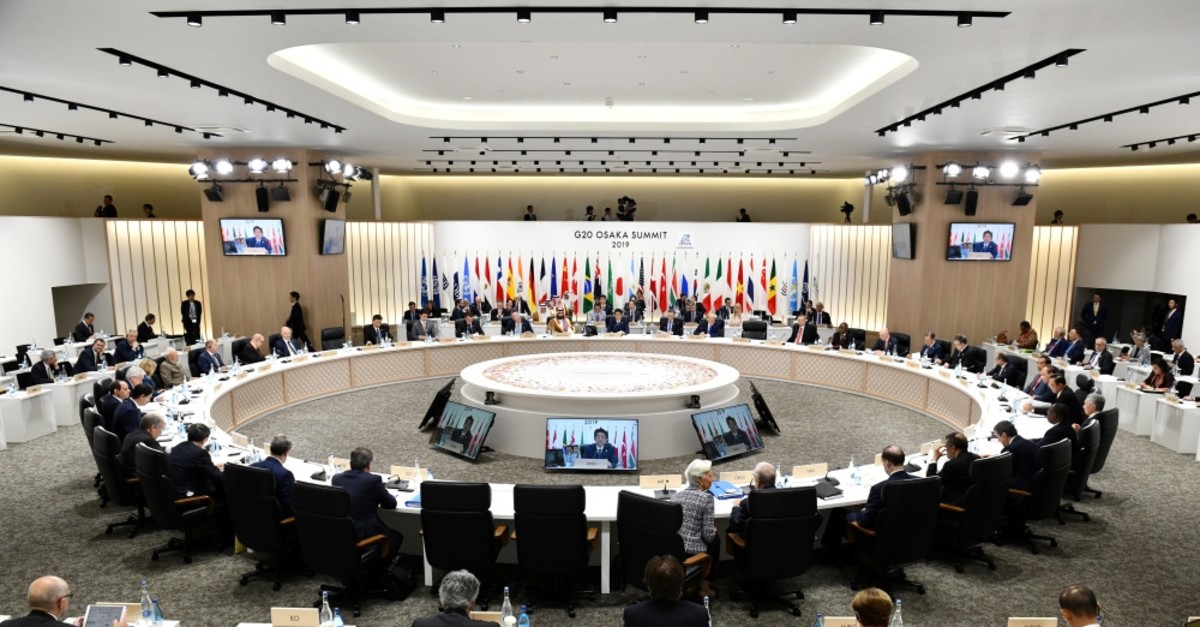 The timing of all the alarming developments in the region have coincided with the G20 summit, and it looks like the region will heat up even though the summit had an overall positive atmosphere

Turkey-U.S. relations have been in trouble for a while. The most recent problem between the two NATO allies that further strained relations was Turkey's decision to purchase the Russian-made S-400 air defense systems and Washington's move to remove Turkey from the F-35 fighter jet program. That is why the G20 summit held in Osaka was important; it provided an environment to bring the leaders of the world's top economies face-to-face to talk about bilateral issues, including President Recep Tayyip Erdoğan and U.S. President Donald Trump.

Since we now live in a world where multilateral relations are drowning and bilateral issues can be solved if leaders talk to each other, the Turkish president found an opportunity to further build a closer relationship with his counterparts, Russian President Vladimir Putin and French President Emmanuel Macron as well as Donald Trump during the summit before he flew to China to develop Turkey-China relations by talking face-to-face with Chinese President Xi Jinping.

Of course, there are many other issues, such as the Skripal crisis between Russia and Britain, Saudi dissident Jamal Khashoggi's murder and the Chinese president's private messages brought from North Korea as well as the trade wars between the U.S. and China and the EU. However, I will focus on Turkey's diplomatic traffic.

When we take a closer look at the summit from the perspective of Turkey's bilateral dialogue, and if we rank them in terms of emergency and importance, the meeting between President Erdoğan and Trump takes first place. There is no doubt that the Erdoğan-Trump meeting is a big gain for Turkey, as the current U.S. president admitted in front of international media that Turkey was pushed by the U.S. to buy the high-altitude missile defense systems from Russia. In addition, it was confirmed by Trump that the administration of his predecessor Barack Obama didn't sell the Patriot missile systems when Turkey knocked on the U.S.' door in the first place.

The U.S. president did not stop there, and added that it would not be fair if Turkey was prevented from getting the F-35 jets after it had already paid money and been a part of the project. Trump also underlined that the F-35 project started years before Turkey's purchase of the S-400s.

But what can Trump do in regard to the sanctions threats by Congress and the Pentagon about the purchase of the Russian air defense systems against Turkey? As we recall, the U.S. president vowed to withdraw American troops from Syria, but he couldn't do it. Can we trust his words in Osaka? Or can we believe he is powerful enough in Washington to stop the sanction bills against Turkey?

As it is known, both the Republicans, of which Trump is a member, and the Democrats in Congress have agreed on pressuring Turkey with sanctions. Trump's messages can be optimistic, but first, he has to fight the anti-Turkey groups in Washington, including some top elements in his team like the vice president and many politicians in his party.

Can Trump make a change?

I mean, isn't it interesting that there has been no statement from either the State Department or the Department of Defense, or even the White House, that would support his words. I doubt that he will be able to change minds in Washington in the short term, especially at a time when he is about to start preparations for the next elections.

Trump can postpone sanctions based on the Countering America's Adversaries Through Sanctions Act (CAATSA) for an 180-day period, but this would be temporary. Can the new U.S. Ambassador to Turkey David Satterfield help him a find a permanent solution to these problems? We will see about that.

Some analysts say if President Trump pays an official trip to Ankara following Ambassador Satterfield's departure, it could be a chance to rescue Turkish-American relations. Accordingly, if that official visit has the shocking effect of making the heart of relations beat again, like the unexpected but eye-catching move of Trump setting foot in North Korean territory while visiting South Korea after the G20 summit, Turkey-U.S. relations might survive.

I am not as optimistic as they are since Chinese President Xi's messages brought from North Korea to Japan were effective on Trump, and it was a bargain for China in return for easing pressure on global telecommunications giant Huawei. Which country would do that for Turkey-U.S. relations? I think the U.S. and Turkey are alone here.

On the other hand, during the meeting between President Erdoğan and Russian President Vladimir Putin, the main topic was recent developments in Syria, especially in Idlib. As is known, the attacks of the regime on Idlib have created an alarming situation in the last three months.

On June 25, the security advisers of the U.S., Russia and Israel had a meeting with Israeli Prime Minister Benjamin Netanyahu. Then on June 27, the Bashar Assad regime attacked a Turkish observation post and killed one Turkish soldier. Turkey retaliated and destroyed regime positions in the area. Even though the Assad regime wants to sabotage Turkish-Russian relations as the Turkish president previously said, such an attack would not have happened unless Russia unleashed Damascus.

After these developments, President Erdoğan proposed a new trilateral summit among Turkish, Russian and Iranian leaders to keep the peace in Idlib and the Astana process alive. Putin accepted Erdoğan's proposal, and it has been decided that the three countries would meet in the first half of July.

It is obvious that the Assad regime's own military power is not enough to seize Idlib, and Moscow already knows that. So what will Putin do? Will he protect the Idlib agreement that he reached with Erdoğan last year, or let Syria try its best and attack Idlib assaulting Turkish observation points, which would result with a war between Turkey and Syria. Soon, we will see if diplomacy and dialogue or blood and violence will win. At this point, we shouldn't miss that Erdoğan and Putin also agreed on repeating another major meeting, a quartet summit among Turkey, Russia, Germany and France, the first of which took place on Oct. 27, 2018 in Istanbul. So let's give dialogue and diplomacy one more chance.

The future of Syria

A new Istanbul summit could also be decisive on Syria's future as well as the Astana trios' in July, as the U.S. Special Representative for Syria James Jeffrey had several meetings in Paris and Brussels last week.

However, it looks like that the U.S. administration is still confused about establishing a safe zone in the area controlled by the outlawed PKK's Syrian offshoot, the People's Protection Units (YPG), in northern Syria. As the U.S. is trying to include the anti-Daesh coalition in the safe zone to be established, it is understood that the Americans still do not get the possible complications and risks of a military presence of countries such as France, the United Arab Emirates and Saudi Arabia in this zone.

At this point, it is necessary to mention another important meeting of President Erdoğan during the G20 summit, the one with French President Emmanuel Macron. Erdoğan stated that the meeting, during which both leaders discussed the recent developments in Cyprus and the Eastern Mediterranean, was more "positive than expected."

After Macron said, "Turkey needs to end illegal activities within [Greek] Cyprus's economic zone," Erdoğan responded: "Who are you talking to about this issue? Turkey is a guarantor in Cyprus with Greece and Britain." A similar message was repeated, this time in person to Macron in Osaka. Erdoğan stressed that only the EU can state its opinion, not France, other than the guarantor countries.

Erdoğan's remarks about the meeting indicate that Macron did not oppose the warnings. The efforts of France to have a base in Greek Cyprus and growing influence in the Eastern Mediterranean would only increase tension in the region pointlessly, nothing else.

The bilateral talks during the G20 summit in Osaka can open new doors, pave the way for new cooperation and improve current relations for Turkey. But, in the meantime, some critical developments in the region, such as the Assad regime's attack on the 10th Turkish observation post in Idlib, during which a Turkish soldier was killed, is a sign of that nothing will be easy.

For instance, in Libya, Gen. Khalifa Haftar, who fights the U.N.-recognized Government of National Accord (GNA), said his loyalists will target ships flying the Turkish flag and Turkish aircraft.

And most recently, a stray Russian-made missile launched by Syria hit the Turkish Republic of Northern Cyprus on Sunday night. The Syrian regime said it had "confronted" Israeli warplanes that fired missiles at military positions near the capital Damascus and the central city of Homs.

However, what if the Syrian regime cannot directly attack Turkish soil and chooses to hit Northern Cyprus? The timing of all these alarming developments have coincided with the G20 summit, and it looks like the region will heat up even though the summit had an overall positive atmosphere.