Three important operations and the fate of the world 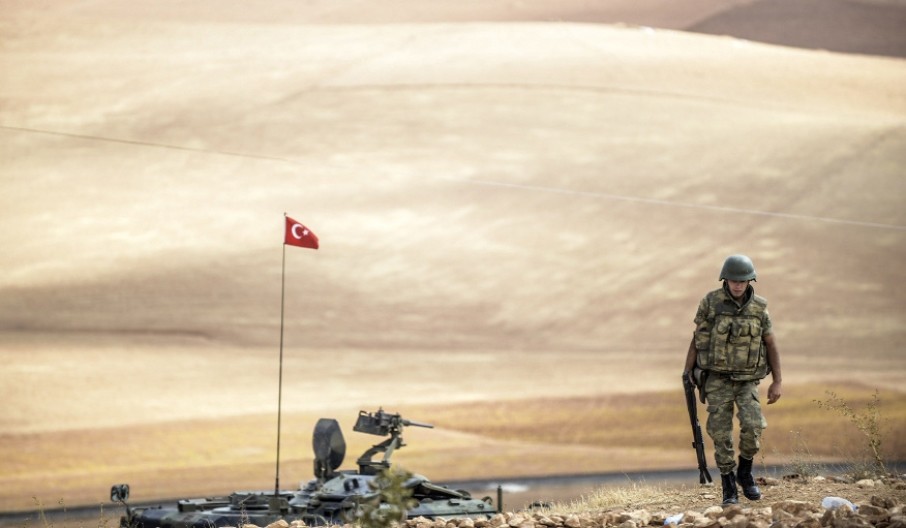 Operations in the Middle East are ongoing in a multi-directional way. Iraq, Syria, the Democratic Union Party (PYD) and the Hashd al-Shaabi (People's Mobilization Forces) are in the same equation, forming a distressing picture for Turkey. The balances tend to be disturbed with the operations of the PYD, which has been consolidated due to the hypocritical policies of the U.S., and the militia backed by Iran, which has been a prominent actor in the region. So, it can be inferred that the balances are not watched in terms of the future of Turkey and the Middle East.

Therefore, Ankara's warnings are important. It is an unfortunate period for the entire world. The U.S. president is now in the lame-duck position and new discussions regarding the president-elect seem ceaseless. But what is happening in the field? Let me briefly look at the three important operation spots, namely Mosul, Raqqa and al-Bab. I would like to begin with al-Bab, which acts as a gateway to the other spots. Al-Bab: Located on the north of Syria, this spot is of vital importance. Turkish President Recep Tayyip Erdoğan lately stated that this town is expected to be seized soon. But why does al-Bab have such an importance? Let me first begin with its literal meaning: Al-Bab means "door" in the Arabic language. And as the name suggests, al-Bab is an important crossroads connecting both the north and south and the east and west. It acts as a corridor leading to Raqqa and is situated only 30 kilometers away from the Turkish border. Its population consists of Sunni Arabs. Since Daesh has been controlling the town since 2013, it can easily transfer its militants to Raqqa via al-Bab. If the Free Syria Army (FSA) captures al-Bab, Turkey will be able to fend off Daesh away from its borders and prevent the PYD's attempt to unite Afrin and Kobani cantons. Seizing this town is also crucial since it would enable pressing on Bashar Assad's army. If al-Bab, which is located very close to Aleppo, could be seized, the Syrian army will be pressed both from the east and west.

Raqqa: Despite Turkey's displeasure, the Syrian Democratic Forces (SDF), which also comprises the People's Protection Units (YPG), are advancing toward Raqqa as part of the operation dubbed "the Wrath of the Euphrates." It is alleged that some 570 square kilometers of land has been recaptured from Daesh. Turkey has already expressed its concerns on the subject but it is stated that the operation will have three phases and it will be headed to the city center with a coordination unit including Turkey. Some specially-trained military officers from the U.S. have already arrived in Turkey for this purpose. Now, the preparations are being made in order to begin the phase of besieging Raqqa, but as already known, Raqqa is the spot where Daesh is most prominent and it is the de facto capital of the terrorist group. Besides, their plans and traps are not yet known. In my opinion, the operation might continue much longer. If it is insisted on entering the spot with wrong forces, an irreversible conflict might arise.

Mosul: Being one of the most important spots in Iraq, the Mosul operation's fate will also determine the fate of Daesh. However, in this location, Shiite militia forces seized Tal Afar Airbase. So, there is a major unease prevalent in the city. If Shiite militia could reach Sinjar, Mosul will be completely besieged. Besides, the engagement of Shiite militia in this siege poses a great threat to the Sunni population in the city. The operation in Mosul's center is maintained by Iraqi army and peshmerga forces. However, the advancements is quite slow due to the organization's suicide attacks and bombed traps. According to the data various agencies released yesterday, Daesh has now hardly any staying power and is showing last-ditch effort not to lose Mosul. It places concrete blocks and junk cars on the roads leading to the city. Also, it attacks the Iraqi military with bombed vehicles in the liberated neighborhoods. In brief, the current conditions are really harsh. So far, 10 out of 82 neighborhoods have been liberated but the terrorist group is still fighting to recapture some neighborhoods. In a nutshell, the Mosul operation is likely to last long and cause many losses.

Apart from these three spots, the operation that kicked off in Jarablus is also ongoing. Turkey has been fighting against both Daesh and the PYD while siding with the FSA. We are bearing witness to a very grave and violent historical period in which the world's balances of power are being redefined.
RELATED TOPICS