July 15 was an internationally sponsored FETÖ attempt of invasion 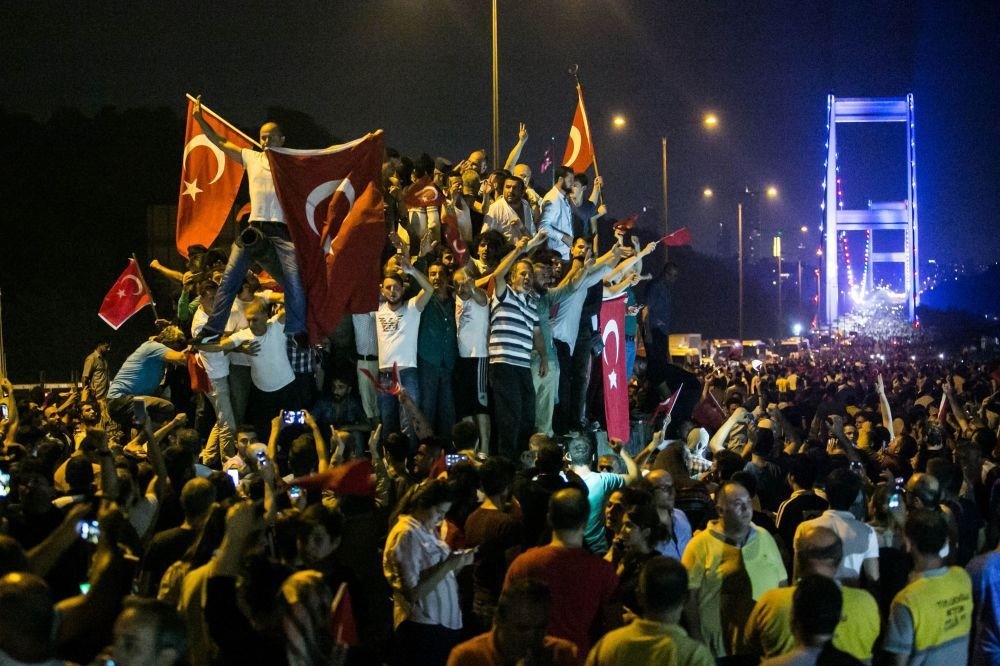 People taking to the streets near the Fatih Sultan Mehmet Bridge after the Gu00fclenist coup plotters blocked the bridge on the night of July 15 coup attempt, Istanbul.
by Saadet Oruç Aug 15, 2016 12:00 am

Since July 15, Western media has not stopped criminalizing Turkey's leader or people. It is as if Western media and decision makers are dissatisfied that the coup attempt failed

Turkish people continue to increase the level of democracy on a global scale, as their resistance of the Gülenist Terror Group (FETÖ) invasion attempt enabled the country to overcome the worst scenario in its history so far. It was in clear terms the worst scenario in its history, as a faction in the military turned their weapons on the country's own people. The courage of the Turkish people has increased following the call from President Recep Tayyip Erdoğan to take to the streets to demonstrate against the coup attempt.

No Western public has ever experienced such a horrific time in its history, since the enmity from its own military would mean a bigger shock than enmity from well-known enemies.

It was a grand display of courage and affiliation for the democracy.

Since July 15, Western media has not stopped criminalizing Turkey's leader or people.

It is as if Western media and decision makers are dissatisfied that the coup attempt failed.

In order not to give present an image, the Western media needs to take a clearer stand.

Before criticizing the measures taken on July 16 against the coup plotters, Western journalists initially should understand what really happened on the night of July 15.

Parliament was bombed by the country's Air Force jets, the Army shot at civilians and assassination teams were sent to the hotel where Erdoğan was staying to kill him.

It was just a matter of a quarter of an hour that saved his life and the future of a whole nation.

Turkish people are still passing through the trauma caused by the Gülenist terrorists in the military.

And we can easily assume that psychological support was given by some Western media circles as well as some Turkish politicians working on a political project to exclude Erdoğan.

Erdoğan is the Turkish people's choice, not an autocrat or dictator as some Western media and Western decision makers call him.

Calling Erdoğan a dictator or authoritarian is a consequence of a project to lay the ground for the coup. That is clearer than ever now.

Reform of the state institutions is ongoing in Turkey to erase the Gülenist factions.

The Western world should side with the Turkish people who defeated the coup, not the putschists.

We still have hope that our Western friends will stop supporting the putschists.

And one should again note that July 15 was an attempt to invade Turkey and imprison our future and that of upcoming generations.

And in a very short time, 65 percent of participants said that they were not afraid of Erdoğan's Turkey.

I wish a curtain of prejudice had been torn as a result of this survey.
RELATED TOPICS