Stop playing war games over the bodies of Syrian children 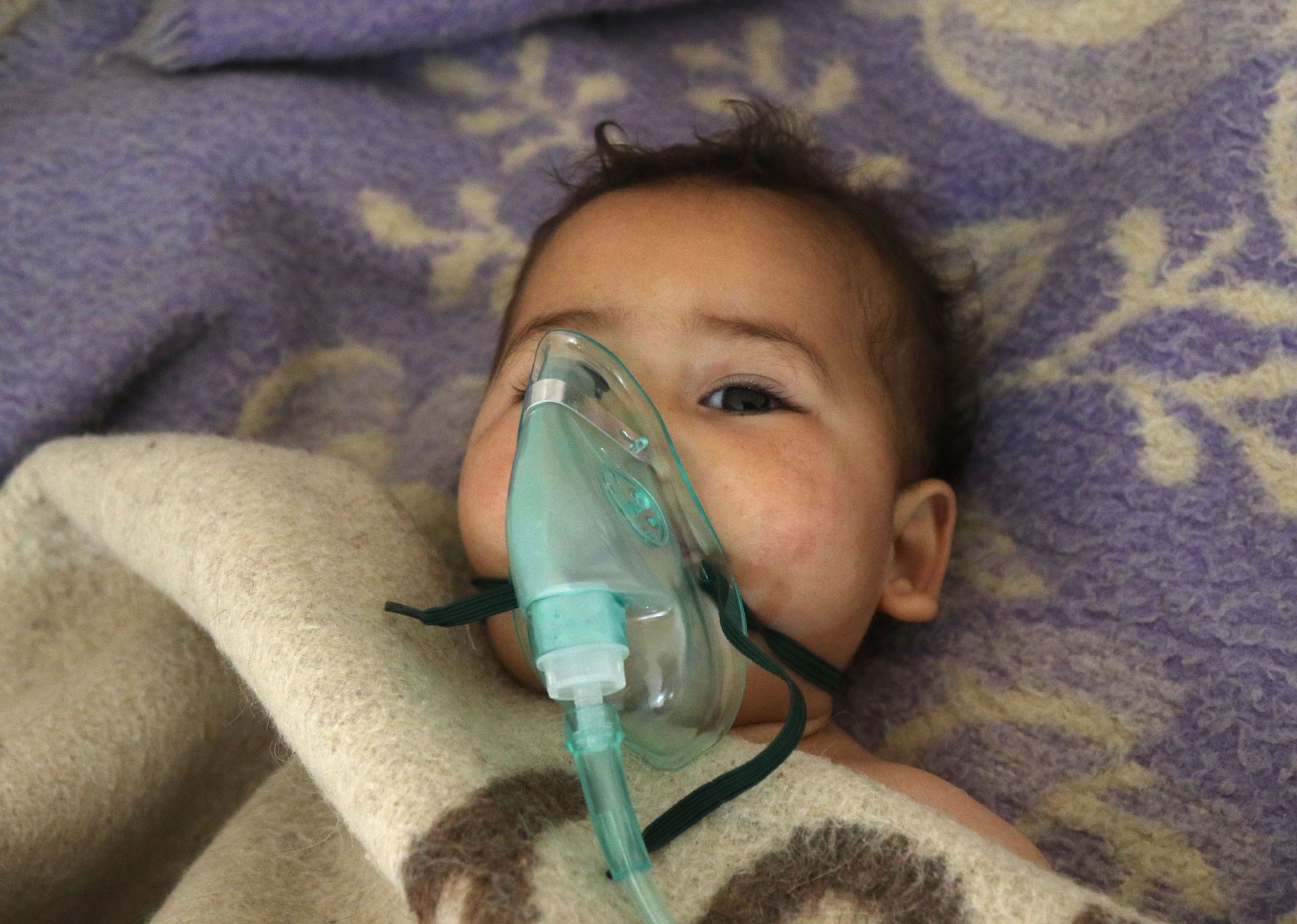 A Syrian child receiving treatment at a small hospital in the town of Maaret al-Noman following a toxic gas attack by the Assad regime, Idlib, Syria, April 4.
by Saadet Oruç Apr 06, 2017 12:00 am

Another shocking image has appeared from a battlefield in Syria. Images of the bodies of little children emerged from the Syrian town of Idlib on Tuesday morning. Chemicals were reportedly used by Assad regime forces, and more than a hundred innocent people, most of whom were children, took their last breath. To start, nausea was experienced, followed by a headache that signaled the last minutes of a young life.

I remembered the images from the Halabjah massacre and also the PKK terrorist actions in the southeast of Turkey. Children, who have no ability to defend themselves, again became the target of the wargames of adults in a deadly chemical attack. What is sadder is that the international community, which has stayed silent several times in the face of the Assad regime's use of chemical weapons, once more failed to give a clear reaction to this atrocity done by the regime.

I do not want to talk over the complex diplomatic or political arguments in this case but only to speak of the simple facts:

There is a "leader" in our neighboring country, Syria. Bashar Assad... And he has used chemical weapons against his people "162" times over the last three years of the civil war. Assad never gave up using chemicals against his people. Moreover, recently his jets bombarded a hospital, where the people who suffered injury from chemicals had been taken. He did not want to leave any trace behind him. In the last 10 days, he attacked Hama, Damascus and Idlib with chemicals. In the latest attack on Idlib, more than 100 civilians were massacred.

Let us remember the list of chemical attacks conducted by the killers of the Damascus regime:

- Dec. 26, 2016: Tens of people suffered from another chemical attack in the capital Damascus.

In the following months of 2017 up until the Idlib attack, Assad did not stop using poisons against his own people.

Meanwhile, the Western world not only stayed silent in the face of this atrocity, but also assured people that Assad would not be toppled. The "contemporary" world continued its wargame over the bodies of innocent children and civilians. And a clear rejection of the abovementioned global world order has always been punished. As in the case of President Recep Tayyip Erdoğan, who several times voiced his harsh rejection of the silence by the world's powers against the suffering of oppressed people. His statement that "the world is bigger than five," referring to the permanent members of the United Nations Security Council, just describes the inaction of the modern world against such atrocities.

What is left for us from Assad's attacks and Western silence are the photos of the murdered Syrian children.
Last Update: Apr 06, 2017 1:09 am
RELATED TOPICS