Racism, the worst cross-border pathology of our age 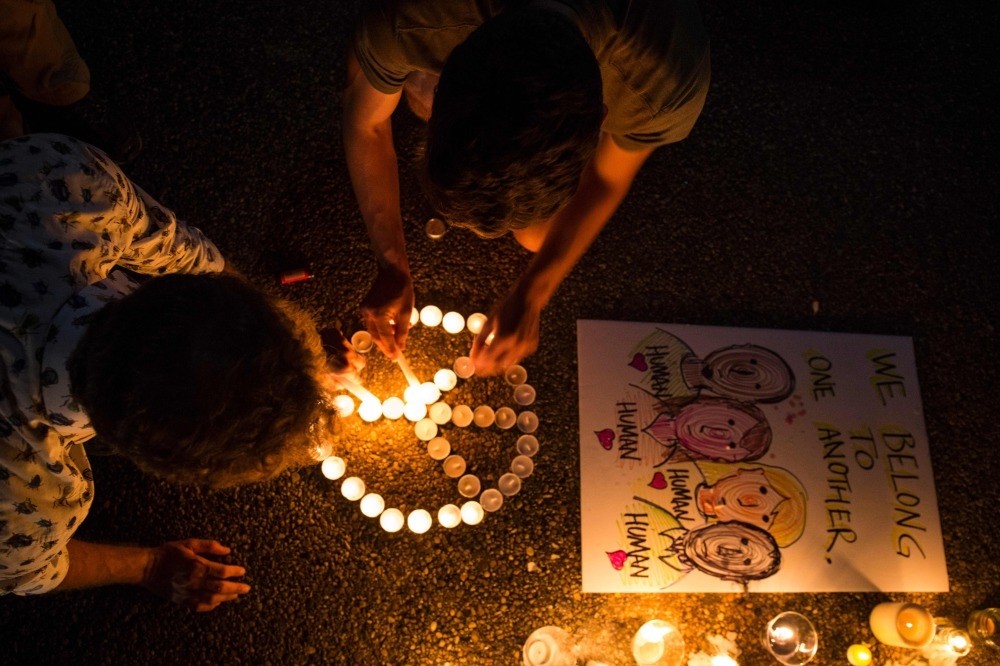 People light candles in the form of a peace sign in front of the White House at a vigil for a civilian killed by a white supremacist in Charlottesville, Virginia, Aug. 13.
by Saadet Oruç Aug 18, 2017 12:00 am

The recent events in Charlottesville, Virginia in the United States, with the attacks of racists and far-right groups on anti-racist counter protesters, has drawn attention from around the world. This incident concerns the rise of racism and the far right not only in the U.S., but in the whole Western world.

Racism, the far right and anti-Islamic and anti-immigrant sentiments should be considered the worst pathology of our age that cannot be confined with geographical borders.

In addition to the reports of racist violence that erupted in the U.S., there are reports that the Ku Klux Klan, a racist movement formed 150 years ago, is about to come on to the scene aggressively.

A report from the Southern Poverty Law Center, which combats hate groups, says that there are more than 900 hate and extremist groups in the United States. In the last 15 years, the number of racist movements has increased dramatically, as it was 600 in the year 2000.

According to the report, the election of Barack Obama as the first African-American president provoked the increase of hate groups and racism in the United States. In the last two years, anti-Islamic organizations also increased massively.

According to the report, the term racism should not be only used for whites, as black racism is also a serious matter of concern in the United States. Black racists demand a society separated ethnically and are anti-white. White racists, who constitute the majority of that group, are around 100,000 people.

Returning to the resurgence of the Ku Klux Klan to the political scene, the rise of neo-fascist and ultra-right organizations in Europe and the United States should be considered to be similar.

There is a clear relation between the rise of racism and the ultra-right on both sides of the Atlantic Ocean, as decision makers and politicians nourish that phenomenon with their remarks and policies.

Additionally, the rise of racism and the reaction from society against this pathology can be used by certain fronts in a country for certain political operations, such as the increasing opposition to U.S. President Donald Trump, even though, on the other hand, he himself serves that operation with his statements encouraging, to some extent, far rightists and racists in his country.