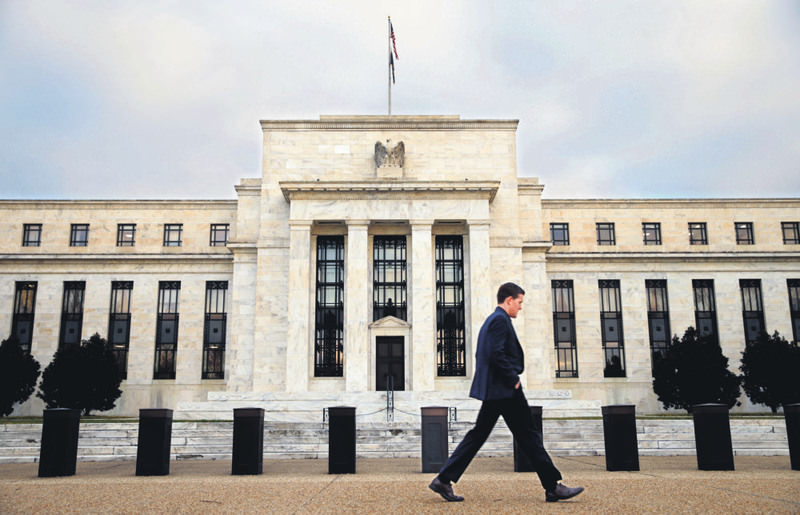 Turkey is entering a critical turning point in international finance on the eve of major structural reforms in macroeconomic governance, social policy and investment climate

The long wait is finally over. Following months of signaling, counter-signaling and preparing the ground in financial markets, the U.S. Federal Reserve's (Fed) first interest rate hike in nearly a decade has finally arrived. Among mainstream analysts, none were understandably surprised when the Fed raised its key interest rate on Wednesday from a range of 0 percent to 0.25 percent to a range of 0.25 percent to 0.5 percent. As expected, the rate hike was small, but strong enough to indicate the start of a gradual upward trend in interest rates following the extraordinary period of zero interest rates and abundant liquidity in the aftermath of the global economic crisis. Popularly known as the "liftoff," the Fed's first rate hike since June 2006 is expected to become only the first of several rate hikes that are likely to come in 2016 and speed up the return of valuable investment funds back to U.S. markets, as the usual safe heaven.

Seen from the perspective of the Fed and the U.S. monetary policy network, the move displays strong confidence in fundamentals and the growth prospects of the U.S. economy in critical areas, such as domestic demand and household income, despite continuing pressures on the manufacturing and energy sectors. No wonder, thanks to the massive post-crisis rescue package and zero interest rate policy, the U.S. economy looks much better now than it did six years ago with unemployment down to 5 percent, half of the 10 percent it hit in 2009; more than 12 million additional jobs have been created, and wages have also started to pick up recently. Forecasts for the future also look quite bright with growth expectations for growth next year raised to 2.4 percent, and unemployment projections lowered to 4.7 percent. As to the last goal of 2 percent inflation, the current rate close to 0 percent is expected to be reached in 2018.

If we turn the table and look from the perspective of the emerging markets that have been struggling to maintain economic growth rates above 3 percent to 4 percent, rather than the 6 percent to 7 percent in the immediate aftermath of the crisis, the rate hike obviously signals even more stringent conditions of international liquidity. It remains to be seen whether the rate hikes would at all help dwindling global growth in the face of increasing stagnation in China, recession in Brazil and Russia as well as many emerging markets or increase the financial gains of Wall Street that welcomed the news with great joy.Turkey is entering a critical turning point in international finance on the eve of major structural reforms in macroeconomic governance, social policy and investment climate. Having come victorious out of the Nov. 1 general elections, the Justice and Development Party (AK Party) government had declared a comprehensive economic reform package, but the process was unexpectedly interrupted by the crisis with Russia following Turkey's downing of a Russian warplane. The long expected decision from the Fed is likely to be seen as a warning sign by Prime Minister Ahmet Davutoğlu and his economic team underlying the urgency of materializing concrete steps in the reform agenda. As several emerging economies would be competing to attract the lion's share of dwindling international investment funds, proving true the image of a rapid reformer might just give Turkey the edge over its rivals.

As far as macroeconomic stability is concerned, Turkey has long-term advantages, yet the second-generation micro-economic reforms in critical sectors have been delayed more than enough and require urgent execution. Especially the improvement of the investment climate through comprehensive tax reforms and reduction of bureaucratic steps required for international investments require priority to keep the momentum of economic growth in troubled waters. So too shall be the structural steps aimed at improving financing opportunities for small- and medium-sized enterprises (SMEs) that are currently finding it very difficult to receive investment credit from large banks. Turkey's finance-real economy compact suffers from what Acemoğlu and Anderson called "extractive institutions" in the form of oligarchical financial conglomerates that prefer to provide credit lines to large and established corporations at the expense of innovative new entrepreneurs or SMEs. Since there are no effective channels for venture capital formation and the stock exchange is not deep enough, the status quo creates disincentives for SMEs across Anatolia, which constitutes the backbone of the socio-economic fabric of society in Turkey. Therefore, structural reforms that might instigate some form of creative destruction are urgently needed both to attract the increasingly dwindling international investment potential and to alleviate deep-seated distortions in Turkey's political economy.