Turkey between Russia and NATO: Road to strategic rebalancing 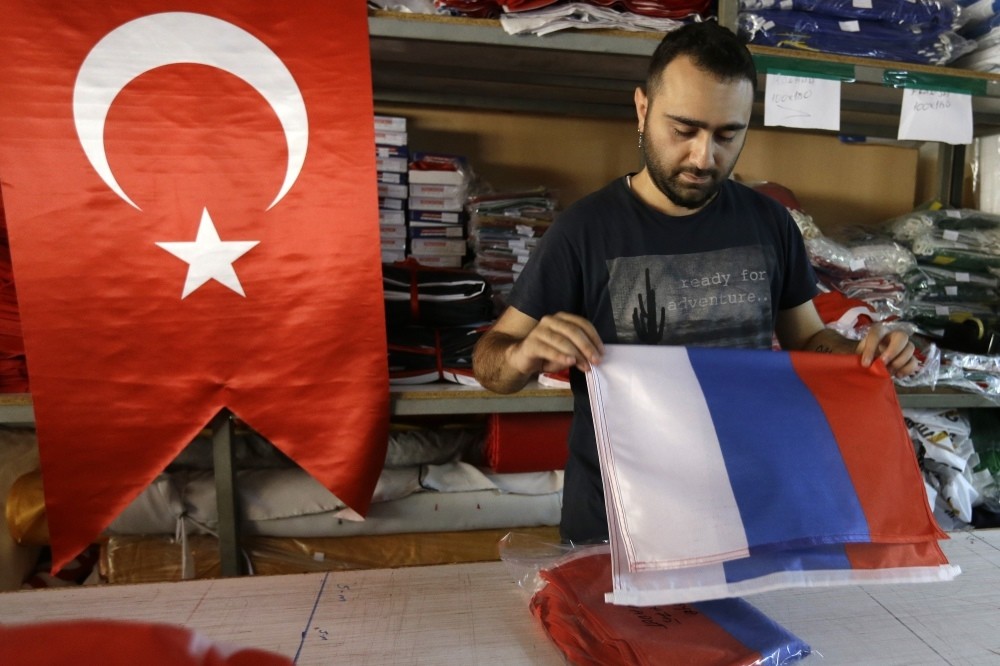 The new format of deeper and comprehensive Turkish-Russian cooperation after Aug. 9 will include added military and geostrategic elements

President Recep Tayyip Erdoğan's historic visit to St. Petersburg on Aug. 9 was expected to create headlines around the globe, and there was no disappointment whatsoever in this regard. Mainstream Western media was expectedly full of analyses expressing anxiety about the potential implications of the rapprochement between a critical NATO member and President Vladimir Putin's revisionist Russia. The bulk of the analyses disregarded the exceptional historical and geographical depth of Turkey's international relations with Russia, as well as profound disenchantment in Turkish public opinion created by the apathy of the U.S. administration, NATO and the European Union following the Gülenist coup attempt on July 15. Up until the jet crisis in November 2015, Moscow crystallized as the most important regional geostrategic partner for Ankara via long-term collaboration in nuclear energy and natural gas pipelines, ever-growing trade links, substantial direct investments, visa-free travel arrangements and collaborative initiatives in Central Asia.

Differences on Crimea and the Syrian issue were kept in a separate compartment by both leaderships to preserve the longevity of the strategic partnership in an extremely volatile region. For Erdoğan, deepening the partnership with Russia was precious as it constituted a counterweight to Turkey's relations with the West as an emerging power carrying NATO membership and pursuing full membership negotiations with the EU. Meanwhile, increasing economic interdependence and energy cooperation with Russia increased Turkey's geostrategic value in the eyes of the U.S. and EU leaders and contributed positively to its bargaining power. For Putin, deeper integration with Turkey via tourism, construction projects, nuclear energy and pipeline links was instrumental in galvanizing Russia's regional influence as it allowed alternative channels of reaching Europe by bypassing Ukraine and Turkey's wide hinterland, while providing a lifeline for the Russian economy through cheap agriculture, textiles and machinery imports. The jet crisis in November 2015, triggered most probably by Turkish pilots affiliated with the Gülenist cult, interrupted invaluable strategic relations for both sides.

The reverberating psycho-sociological trauma stimulated by the coup attempt and Western indifference toward the sacrifices of the Turkish populace for democracy and the rule of law created a completely new playing field for geostrategic alignments. The normalization process with Russia that Ankara decided to pursue before the coup attempt both acquired renewed urgency and was transformed into a deeper and more comprehensive geostrategic rapprochement. Erdoğan and Putin expectedly agreed to gradually lift all restrictions on bilateral economic relations, trade and investment flows and social mobility via visa-free travel. They also decided to restore the High Level Strategic Cooperation Council that indicated that bilateral diplomatic and socio-economic relations would recover swiftly over time to reach and exceed their peak levels in the wake of the jet crisis.

But more importantly, the new format of deeper and comprehensive Turkish-Russian cooperation after Aug. 9 will include added military and geostrategic elements. Among these are the formation of direct channels of communication between the chiefs of staff to prevent a recurrence of similar crises, increase intensive cooperation in national defense technologies, speed up the construction of the Akkuyu nuclear power plant as a strategic project and facilitate the transfer of nuclear technology and construct the Turkish Stream pipeline to deliver Russian gas directly to Turkey and Europe. At this critical juncture, one could even think that Ankara might be closer to taking radical steps such as joining the Shanghai Cooperation Organization (SCO) with observer status or renewing the bid for the cancelled air missile defense system contract by inviting Russian companies.

Although Ankara's long-term diplomatic commitments to NATO and Western institutions will continue without any interruption, it is pretty certain that the political leadership will try to keep its geopolitical options wide open to construct countervailing linkages with Russia and possibly China. When Ankara's strategic rebalancing between NATO and Russia materializes, it will not be a manifestation of ideological Eurasianism, but of a purely rational, multipronged, proactive diplomatic line expressing the national will. NATO allies that dismally failed to even condemn a blunt and bloody coup against their most critical ally in the Middle East then will only have themselves to blame.
RELATED TOPICS