What does West truly want from Turkey? 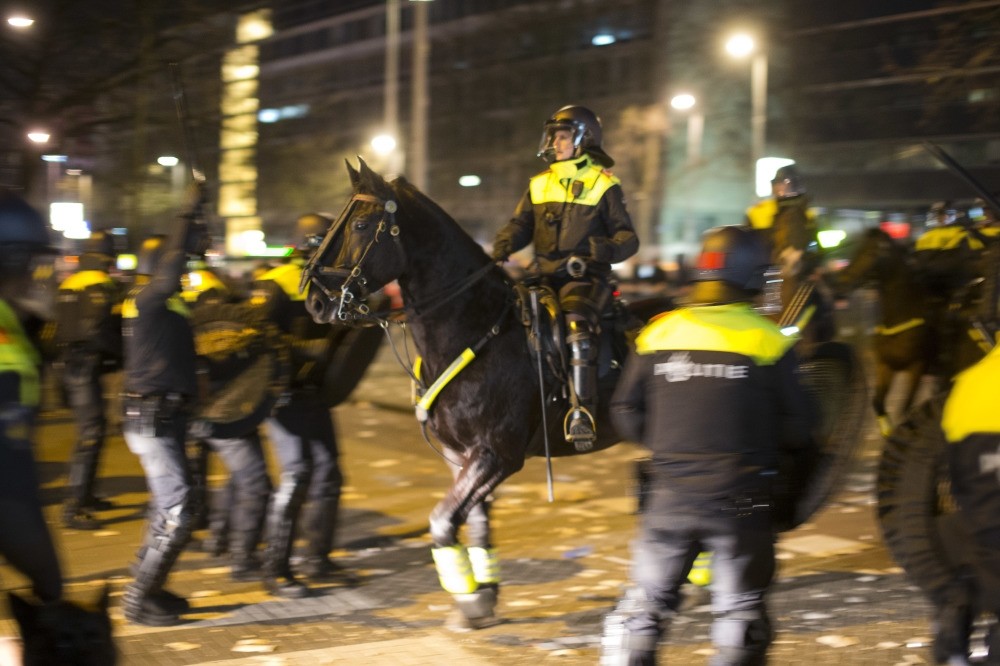 Interesting — if not shocking — developments have been unfolding sequentially in recent weeks that have confirmed a clear deterioration of Western attitudes toward Turkey as the campaign schedule for the critical presidential referendum on April 16 tightens.

On one hand, the widespread media and public opinion campaign depicting President Recep Tayyip Erdoğan as an oppressive dictator trying to clinch his executive powers has intensified in both the U.S. and Europe with contributions from Gülenist Terror Group (FETÖ)-affiliated media figures and their interlocutors.

Likewise, key states in the European Union have begun to display blatant, provocative and discriminatory actions seemingly aimed at triggering a voluntary "Trexit" — or conclusive Turkish withdrawal from its accession negotiations.

To illustrate, European political leaderships led by the elites in Germany, the Netherlands and Austria have openly sided with the opposition in the constitutional referendum and have tried to block the "yes" campaign on their home soil by using physical force when necessary.

Meanwhile, the Europeans have not hesitated to breach established diplomatic conventions by closing their airspace to the Turkish foreign minister in the case of Germany or physically escorting the minister for women and family affairs out of their borders in the case of Netherlands.

Austria has allowed the posting of large banners featuring xenophobic messages on the walls of the Turkish Embassy in Vienna urging Erdoğan to take all the Turks living there and leave the country.

At the same time, Switzerland has allowed similar posters next to the Swiss Parliament depicting guns that imply the potential suicide of Erdoğan. Setting aside empty political rhetoric for the European values of fundamental human rights, such as freedom to travel, political expression and organization, these rude, impolite and offensive actions demonstrate the European players' determination to isolate, marginalize and denigrate Turkey's image as an undemocratic, repressive regime that has no place in the future of Europe.

It is ironic that of all these developments are taking place at a time when the EU and its leading members do not mention any unease with the rise of far-right extremism in the heart of Europe and semi-authoritarian regimes within the EU in places such as Hungary, Bulgaria and Serbia. As the superficial integration schemes based on liberal-functionalist logic, such as the neighborhood policy and the Barcelona process, collapse successively, neo-fascist currents are moving toward mainstream politics and Turkey is easily defined as the unwanted "other."

Therefore, it is not surprising that we have not heard any complaints about blatant human rights abuses perpetrated by the authoritarian regimes in the Middle East that maintain cordial relations with Western political and economic interests, while the state of emergency declared in Turkey following the failed coup attempt last year is constantly in the spotlight. It does not require tremendous expertise to grasp the fact that at a time of political and economic volatility following Brexit, European leaderships are trying a last ditch attempt to rejuvenate a united European identity based on cultural, ideological and religious elements.

Hence, the "family photo" of EU leaders in the Vatican around the Pope designed to disseminate the image of a "Christian club." As a result, an offensive policy trend emerges to alienate Turkey — the only Muslim country seeking accession — and to vilify the persona of her charismatic leader, Erdoğan.

When it comes to the United States, the ultra-pragmatic Donald Trump administration is not interested in this ideological-cultural posturing aimed at the domestic consolidation in Europe.

At the same time, how can we account for the negative signals coming from Washington D.C. on the eve of the constitutional referendum?

First of all, the elimination of the structural mechanisms of civil-bureaucratic tutelage in Turkey and increased state efficiency with the transition to a presidential system is not favorable for Europe or the U.S., as both would assume a more marginal role for Ankara in regional and global politics.

The EU has successfully kept Turkey "on the brink," not inside nor totally outside of the European community, while the U.S. has had a tendency of treating Turkey as a reliable, but marginal, partner in the Middle East since the Cold War.

In addition to that, there are critical geostrategic issues between Ankara and Washington D.C., particularly concerning the restructuring of Syria, as well as the wider regional-political landscape, following the termination of the ongoing war.

The American support for the Democratic Union Party (PYD), a well-documented secular Kurdish nationalist formation in northern Syria and adjacent regions, and its recent moves, such as the arrest of the assistant general manager of Halkbank, could be seen as bargaining chips that the Americans want to use to mitigate Turkey's resistance to these schemes.

Yet, the structural change in the post-April 16 era is truly critical for Turkey's ascendance into the global pecking order and is valuable enough not to be sacrificed to any blackmail attempt.