A new period of progress: Democracy, transformation and reform 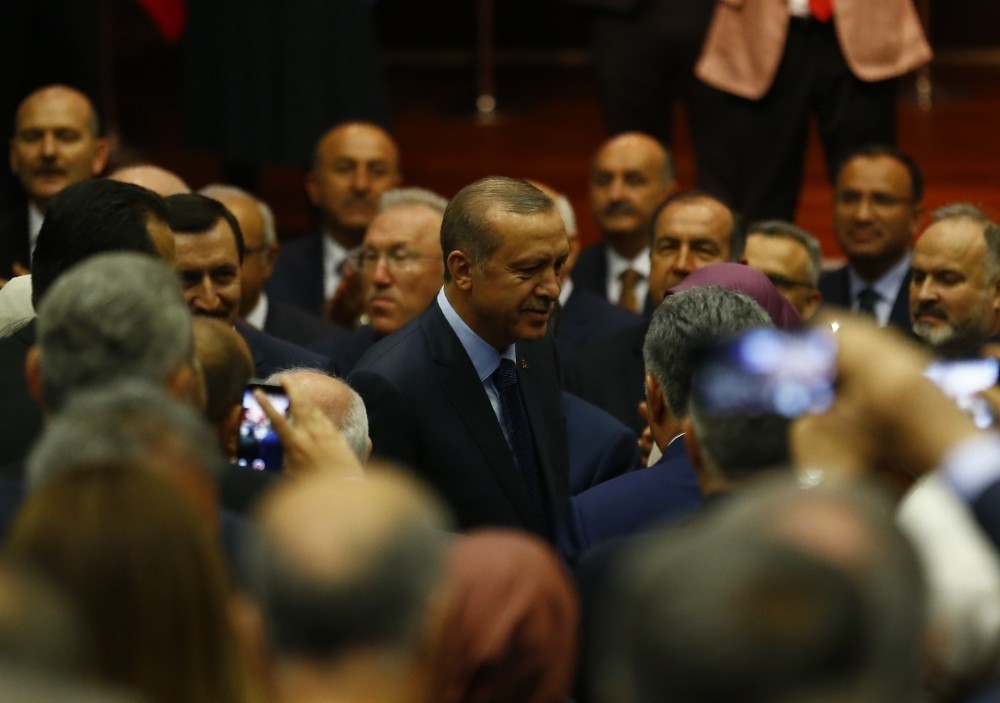 The post-congress transformation of Turkey's political economy will move along the axes of high economic growth and developmentalism, institutional and structural reforms and political normalization

As the Justice and Development Party (AK Party) braces for its third extraordinary general congress this weekend, key messages summarizing the spirit of the new era were seen across TV screens and billboards in Turkey. As a follow-up to the critical constitutional referendum on April 16, during which a systemic transition to presidentialism was popularly approved by the electorate, President Recep Tayyip Erdoğan is finally returning to the helm of the AK Party, heralding a new era in Turkish politics.

The de jure schism at the top of the political pyramid, which emerged with Erdoğan's move to the presidency in 2014, will be eliminated as he reassumes the role of AK Party chairman, along with his official function as the President of the Turkish Republic. With this development, democratic legitimacy and public administration functions of the state will merge without any tutelage mechanisms, intermediaries or interruptions.

The next steps in institutional adaptation will proceed through a series of laws that will be passed in Parliament up until the forthcoming general elections through which the managerial bureaucracy will be restructured around the Office of the Presidency, while the Prime Ministry is formally abolished. The current Prime Minister Binali Yıldırım, who successfully managed the transition process so far, will become the deputy chairman of the party at the congress, with a strong probability of assuming the post of vice-president following the elections. As a hardworking and hands-on politician, Erdoğan has already set his sights on a comprehensive reform agenda since the immediate aftermath of the referendum.

He has embarked on a major global tour this month to major and emerging powers to lay the foundations of planned foreign policy activism in the new era. He was seen visiting Russia, India, China and the U.S. in the process.

His latest and most spectacular visit was the eagerly awaited journey to Washington, prior to which bilateral relations went through a rough patch with President Donald Trump signing off on a decision to extend heavy weapons to the (People's Protection Units) YPG forces in Syria.

While facing intense domestic pressures due to impeachment demands for his handling of relations with Russia and firing of the FBI's director, President Trump was extremely careful to show maximum hospitality and form some rapport with Erdoğan as a basis for robust Turkish-American cooperation in coming years. For his part, Erdoğan found Trump a business-minded, frank and outspoken counterpart, as opposed to the British-style ambiguity of Barack Obama characterized by indecisiveness and lack of resolve. As a believer in open diplomacy, Erdoğan expressed Turkey's reservations concerning American support for the YPG forces in Syria, but showed his desire to keep this issue isolated to not poison progress in bilateral relations in other problem areas.

Hence the first official contacts were truly inspiring to enlighten a gradual improvement in Turkish-American relations, which hit rock-bottom during the Barack Obama era. Regarding the AK Party congress and its messages for the future transformation trajectory of Turkish politics, the following points can be made.

It is very likely that Erdoğan will engage in a comprehensive regeneration process within the party to rejuvenate its organizational dynamism via a mixture of more mature figures and youth. It is also conceivable that Erdoğan will be willing to start the first presidential term "with a bang" and therefore the second major step will be reforming the public bureaucracy, especially institutions responsible for macroeconomic management to constitute the basis for another high-growth period. Meanwhile, in the new era the public policy emphasis may shift from financial stability and prudence towards neo-Keynesian growth orientation. The three major priorities of the new period of progress; namely transformation, reform and democracy, will be completed with a renewed emphasis on democratic consolidation.

Erdoğan and his team will also lay the foundations of a more inclusive political atmosphere and gradual social normalization so as to prepare a timely end to the state of emergency and form a wide social coalition required to succeed in the next presidential election. Therefore, the post-congress transformation of the Turkish political economy will move along the axes of high economic growth and developmentalism; institutional and structural reforms and political normalization.