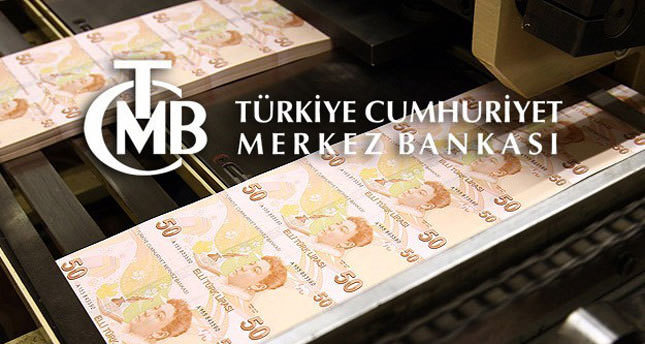 by Taha Meli Arvas May 06, 2014 12:00 am
Turkish markets continued to rally last week and officially erased all pre-election losses. Both equity and debt markets continue to surge as confidence returned to Turkish financial markets. The emergence of Prime Minister Recep Tayyip Erdogan as the front-runner in this summer's presidential elections has been applauded by foreign investors as international investors continue to move money into Turkey in the midst of global uncertainty.

Inflation data was released Monday morning which echoed the Central Bank of Turkey's (TCMB) prediction that the uncertainty preceding the election triggered a weakening of the Turkish lira which led to higher prices of imported goods. With the abatement of this uncertainty and the strengthening of the currency, the higher prices have worked their way through the economy and inflation will begin to decrease in the summer. The Consumer Price Index (CPI), a measure of inflation in consumer goods, was up 1 percent at 9.3 percent from last month's 8.3 percent as expected. Fixed income markets continued to advance with the benchmark two-year bond and long-end 10-year bond, both increasing in price while their yields continued to drop. The two-year bond's yield decreased to 9.42 percent from 9.57 percent a week ago, while the 10-year's yield plummeted to 9.16 percent from 10.02 percent.

The reversal of rates between the long-end and short-end bonds is a very important development as Turkey is now free of the inverted yield curve it suffered during the pre-election crisis. The inverter yield curve occurs when there is uncertainty surrounding the future of financial markets and longterm investments in fixed income yield less than short-term investments. An inverted yield curve generally implies the bond-issuer, in this case Turkey, is entering a recession. The return to a normal yield curve today signals an official exit from this period of uncertainty.

As yields dropped in the fixed income markets, prices surged and improved the balance sheets of all companies holding these bonds in their portfolios which pushed the bank-heavy benchmark BIST-100 index to over 75,047 points at midday up from last week's level of 72,018. Foreign participation in equity markets also returned to a post-election high of 63.8 percent according to the Central Registry Agency (MKK) as foreigners continued to invest heavily in Turkish stocks. The Turkish lira also gained ground against foreign currencies, most notably the U.S. dollar, up to 2.09 Turkish liras to the greenback. A close below 2.10 liras to the U.S. dollars on Tuesday will mark the strongest the Turkish currency has been since the December crisis.

Credit-default swaps (CDS), insurance against economic and political uncertainty, in Turkey are down to below 1.89 percent from last week's level of 2.05 percent. CDSs have not been below 189 since the Dec. 17 crisis, thereby completing a return to pre-crisis levels of stability. Money flows appear to be favoring Turkey again as the Eurozone continues to stagnate and uncertainty clouds the Russian-Ukrainian stand-off. Further sanctions on Russian individuals and companies have led to a flight of capital from Western banks and signs of movement of these funds into Turkey are beginning to become apparent. It appears the month of May will be good for Turkish equity markets and with the impending nomination of Prime Minister Erdogan as his party's candidate for president, the country will move once again into election mode. If the election in March is any indication of how the country will vote in August, the prime minister will handily win the first-ever popular election for president in Turkey's history. Pundits have remarked that today's inflation number is an indication that the TCMB will not cut rates at its next meeting, however, the drop in yields and surge in bond prices signals quite the opposite.

I predict the TCMB will cut rates at its next meeting and that bond yields will be down by over 0.25 percent by that time.