Ankara is running out of options in northern Syria 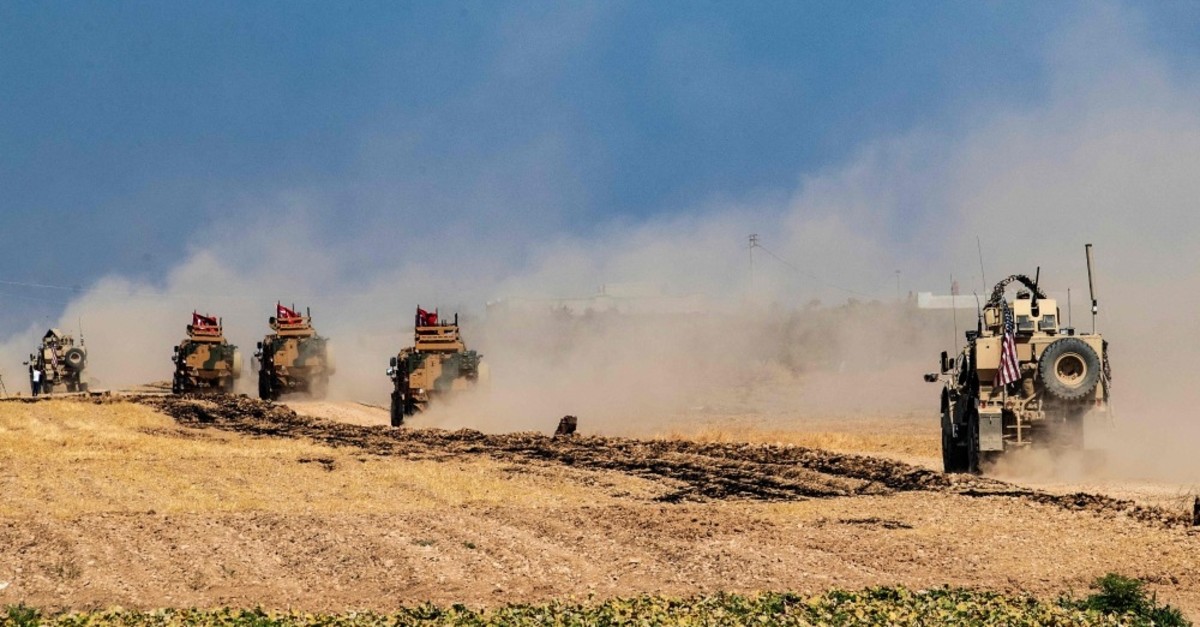 President Recep Tayyip Erdoğan, in his address to the Turkish Grand National Assembly (TGNA), in the opening ceremony of the new legislative year, clearly outlined Turkey's position concerning the east of the Euphrates River in northern Syria.

Erdoğan said, "Turkey is committed to the territorial integrity of Syria and wants to work with its allies and regional partners for securing its borders and dealing with the security threats due to the ongoing instability in Syria. The presence of the terrorist groups which are backed by our strategic allies is a fundamental threat to our national security. Those terror groups are also an obstacle for the return of Syrian refugees in Turkey to their homes in Syria."

Together with plans to intervene militarily in northeastern Syria, Turkish officials also prepared a comprehensive plan to rebuild the area. Such an arrangement would allow the reintegration of more than 2 million Syrian refugees to their homes. Without the withdrawal of the People's Protection Units (YPG), the plans to rebuild the region seem to be futile. Erdoğan complained that the terror groups and the pressure of the 3.6 million Syrian refugees are used against Turkey to put political pressure on the government in Ankara. Erdoğan concluded that in order to secure Turkey's borders and provide a secure environment for the return of the Syrian refugees, Turkey has to act rapidly and decisively. For many security officials, Turkey has no patience to accept the maintenance of the existing status quo in northern Syria. Erdoğan's messages were at the same time the summary and the most important highlights of the National Security Council meeting, which is the highest authority determining Turkey's security agenda.

Erdoğan's messages in the TGNA were interpreted as the signals of a ground operation to northeastern Syria. Even the Turkish stock markets responded to the speech as a clear indication of a military operation.

Turkish troops are already stationed along the border waiting for commands to cross the border. YPG units at the south of the Turkish border are strengthening their positions with the military and logistical support of the U.S.

The Pentagon increased its arms shipment to the YPG-dominated Syrian Democratic Forces (SDF) in the last couple of weeks, and this also agitated Turkish decision-makers. While Turkish and American militaries are patrolling jointly in eastern Syria, the shipment of arms and other equipment to terror groups from the American side has accelerated. The Pentagon's game plan seems to increase the cost for Turkey, in case Turkey decides to intervene in eastern Syria unilaterally. This dangerous escalation is not only a threat to Turkish-American relations but may also have the potential to destabilize the region further in a time of turmoil.

There are ongoing protests in Iraq; Iran tries to increase its pressure on the Gulf states; the Saudi-Emirati alliance seems to be crumbling, and the Saudis are facing a humiliating defeat in its Yemen campaign. The recent protests against el-Sissi in Egypt are suppressed with the oppressive security operations. With its military might, and capabilities to stabilize the regions, Turkey seems to be a relatively stable partner for the U.S.

The Pentagon's commitment to the YGP is not a wise strategy if the U.S. wants to counterbalance the destructive influences working against American interests in the region. While the military intervention to northeastern Syria may be a costly operation for Turkey, Turkey is likely to succeed militarily in such an operation.

The cost of not intervening and accepting the status quo is much higher for Turkey than the price of the intervention. That is why pushing the YPG at least 30 kilometers further from its border is the inevitable choice for Turkey. Ankara knows that the Pentagon has the capabilities and influence over the YPG to withdraw it out of the 30 kilometer secure zone. The support for the YPG in northeastern Syria is not a necessity but a choice for the Pentagon to strengthen YPG presence in the region.

Such a decision is disappointing for Turkey and pushing Turkey to make strategic choices that will have a significant impact on Turkish-American relations. Though Russia and Iran will not be happy to see Turkey increasing its influence over northeastern Syria, they do not seem to complain of the tension between Ankara and Washington.

Tensions between Turkey and the U.S. due to Turkey's possible military operation in northeastern Syria is still avoidable. The Pentagon may force the YPG to move out from the area along the Turkish border. Turkey's efforts to rebuild the region may help stabilize northern Syria gradually. Such a move may also help prevent long-term tension between the YPG and other ethnic and tribal groups of eastern Syria.

Many local actors are unhappy about the YPG's increasing influence under the SDF badge due to American support, but the YPG may eventually face intense pressure from local groups. Turkey is asking the U.S. to make a choice between itself and the YPG and it seems Washington's flexibility is getting constrained.