Israel and its prime minister on the move again 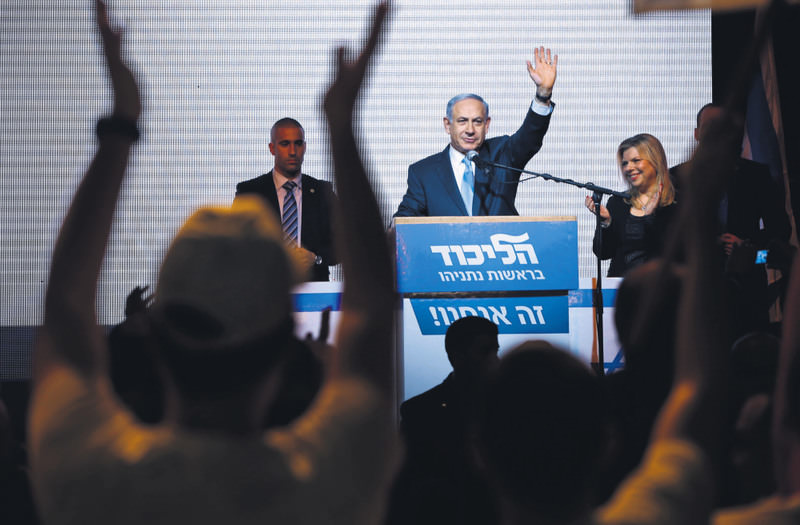 Before the election Netanyahu played on the fear of the Israeli people by claiming that without Likud, Israel would be vulnerable to foreign intervention

Israel organized early elections mostly because Benjamin Netanyahu wanted to take advantage of the favorable opinion polls he enjoyed before the elections. But the opposition to Likud made these elections extremely hard to win, therefore Netanyahu, in an attempt to attract enough votes to become the No.1 political movement, opted for a kamikaze strategy: First, he played on the fear of the Israeli people by letting them understand that without Likud, Israel would be vulnerable to foreign intervention. The situation in Syria and the increasing influence of Iran in both Iraq and Lebanon have amplified this fear Netanyahu wanted to revive. The first part of his strategy has been successful.

Then he also wanted to tackle social questions because he felt that he would not win enough seats in the Knesset without having the housing problem and skyrocketing prices on the agenda. As he did not have any real program for such issues, he chose to touch upon the most sensitive question: He declared that there would be no Palestinian state, giving hope to Jewish settlers in the Occupied Territories and winning right-wing votes.He ultimately succeeded in becoming the top political force in his country, and very likely will form a conservative government in a few weeks. Mr. Netanyahu no longer has the center-left factions that he relied on to ease Israel's relations with the world and that pushed him back into negotiations with the Palestinians in 2013. He has also gotten rid of extremists in his own party and shrunk the Jewish Home party. The latter's reason for being was the fate of Jewish settlers in the West Bank. Netanyahu occupied the "niche" they were holding by expanding settlements in the occupied West Bank for the last two years anyhow.

Now we will have an Israeli government that will refuse to take into consideration the basic rights of Palestinians to have a state. He has already made a total mess of Israel's relations with the U.S. administration, seriously dividing the American Jewish lobby for the first time in history. EU member states, already extremely uneasy over Israeli policies in Gaza and the West Bank, will probably extend support for the recognition of the Palestinian Authority as a full member at the UN. Israeli Arabs, whose political party has become Israel's third biggest force for the first time, are openly ostracized by Netanyahu, who calls them "the Fifth column," and who make up a fifth of the population, feel very uneasy. Last but not least, relations with Turkey are definitely not on the path to real reconciliation.

What is to be expected from the Israeli government in the short run? Not much obviously, and this is very bad news for everyone in the world. However, after an electoral campaign mostly seen as a referendum on his governance, Netanyahu can afford to be more pragmatic. His former national security adviser, Uzi Arad, declared that Netanyahu's new policies are likely to be impregnated with "tough pragmatism" rather than "stiff defiance.""Now that his position has been vindicated by his own base, he can take certain liberties," Mr. Arad declared in The New York Times: "He will not use that to take a contrarian view and then to relish the fact that he is standing firm in the face of pressure. He would probably, while fighting for Israel's interest, and rhetorically presenting Israel's case, and not appearing soft, he would concede here and there." Let us all hope so...
RELATED TOPICS