Cyprus, over and over again 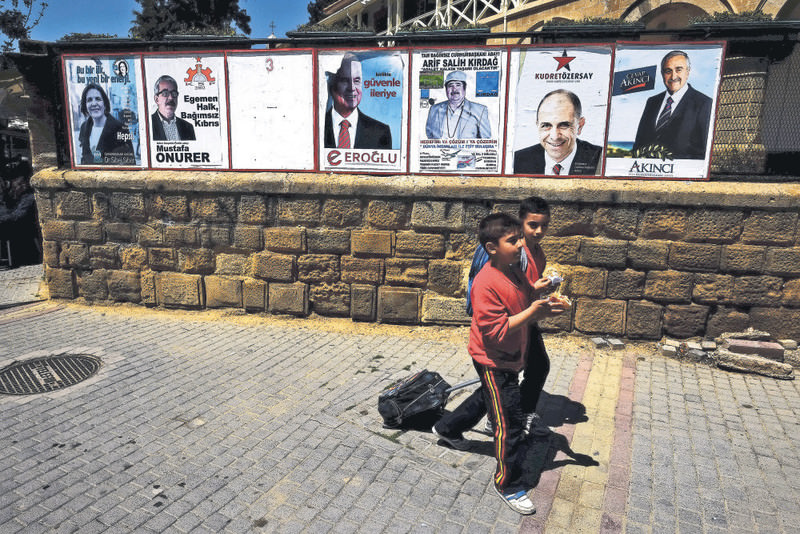 Whoever wins these elections could face a historic task: The long-awaited reunification of the island, based on a bizonal, bi-communitarian federation

Things are again on the move in Cyprus. This is an unending drama - one could even praise Shakespeare for having been so far sighted as to choose Cyprus as a scene for one of his masterpieces -- "Othello." The island is really the ideal place for the unexpected, for jealousy, secret negotiations, love and hate relations between its two components, Greek Cypriots and Turkish Cypriots.

Since 1976, everything that could have been negotiated and discussed between the two sections of Cypriot society has been thoroughly discussed. Solutions forged and perspectives for a reunion established. Each time, there was something that prevented a semblance of a solution. The Makarios-Denktaş talks up until 1977, then the Denktaş-Kiprianu negotiations, followed by another round of negotiations between Vassiliu and the-then immovable Denktaş, then a new round of negotiations between Denktaş and Kiprianu, soon to be followed by other negotiations with Papadopoulos, which gave life to the famous Annan Plan, rejected by the Greek side and accepted by the Turkish side in 2004.

The Greek Cypriot administration has been rewarded for its intransigency over the Annan Plan for the reunification of the island by gaining membership in the EU, mainly because Greece had threatened everyone in the EU that it would veto the whole 2004 enlargement if Cyprus was left behind. Ten years have passed since the Annan Plan, before a framework agreement has been signed between Anastasiades and Eroğlu. Of course, such a reunification perspective had little incentive for the Greek side, so far as the whole island lived in a fantasy world: that of a natural gas bonanza that would make the ailing and crisis-torn Greek Cypriot economy boom again.

Such a dream was rather short lived because while the gas reserves found were largely able to guarantee an energetic self-sufficiency for the island for at least a century, they were short of being a new Eldorado. The prospecting and drilling have also caused the ire of Turkey, which wanted this time to attain a fully-fledged agreement before the Greek Cypriot side could leave the table, relying on the financial manna that would come from the natural gas sales. Now that the Turkish exploration ship has gone back and the international consortia, except for Noble, have declared that drilling operations are over, the Greek Cypriot administration is re-discovering the potential dynamics that would come about by the reunification of the island.

President Nicos Anastasiades said in an interview with Politis newspaper, "One would have to be "mentally deficient" not to recognise the economic boom that would follow a settlement of the Cyprus problem." It is hard to disagree with him, and a proficient expert on the Cypriot issues, Fiona Mullen has written on the "In-Cyprus" website: "(reunification) would also address one of the economy's key problems on this side of the island, namely flight connectivity. Istanbul airport is soon going to be one of the biggest in the world. Instead of travelling for three days to spend one hour in Brussels, investors will find that Cyprus is not only a great and safe place to live, but an easy one to get to and from as well. For Turkish Cypriots, the north would get direct access to the huge EU market via direct passenger flights and trade in goods and services. They will also get access to structural funds and shift to higher EU standards that will improve business opportunities generally."

All this is very true, and the second round of Turkish Cypriot presidential elections are to be held next weekend, with the oldest politician on the Turkish side, incumbent President Derviş Eroğlu and an old outsider, former mayor of Nicosia and federalist candidate Mustafa Akıncı, opposing each other. Whoever wins these elections could face a historic task: the long-awaited reunification of the island, based on a bizonal, bi-communitarian federation with equal political rights. Finally, a dream coming true? Let's all cross our fingers.
Last Update: Apr 23, 2015 1:46 am
RELATED TOPICS