In the Mideast, Trump can't succeed without Turkey's support 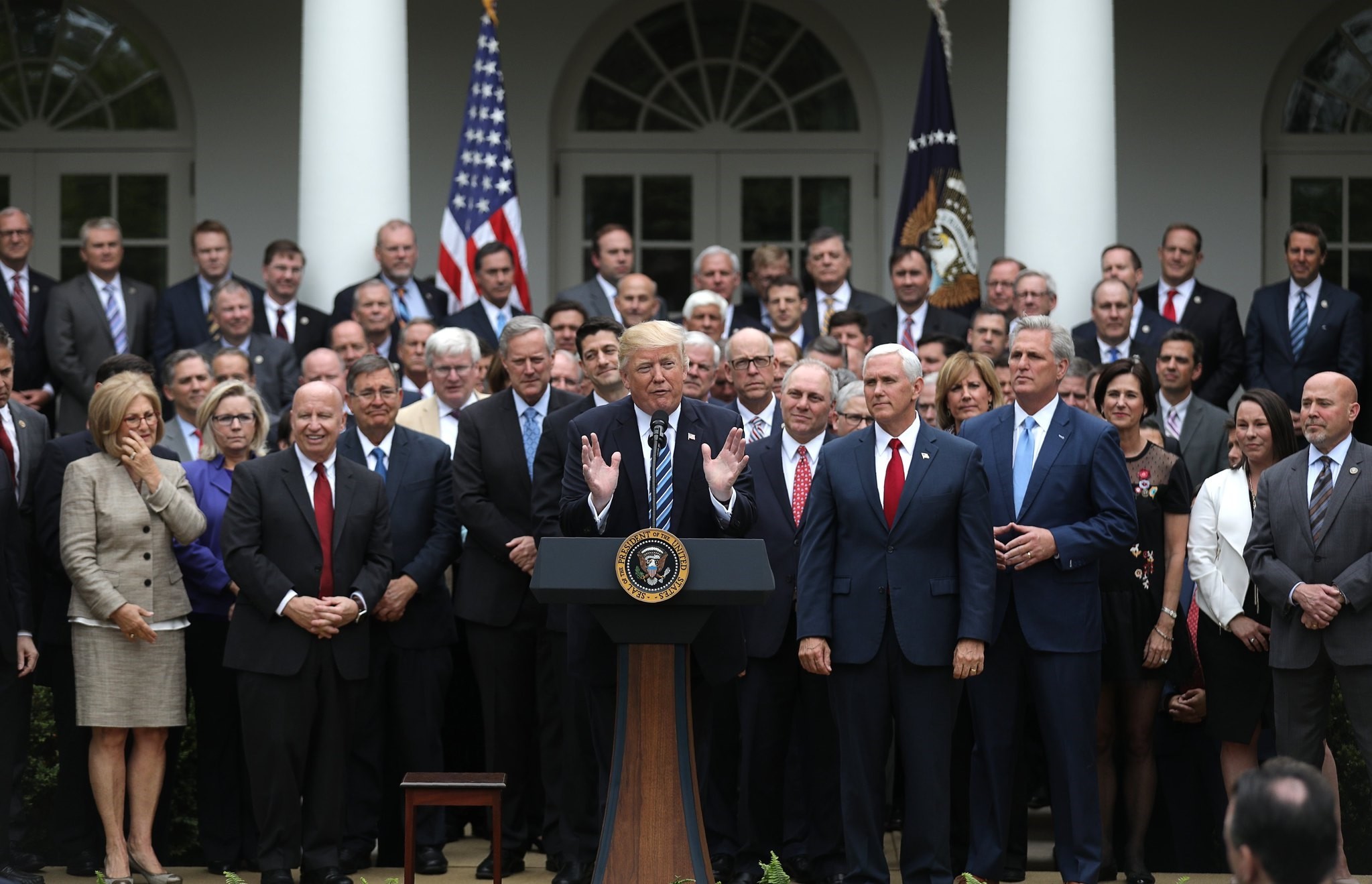 Donald Trump gathering with Congressional Republicans in Rose Garden of White House after House of Representatives approved American Healthcare Act,to repeal major parts of Obamacare and replace it with Republican healthcare plan, Washington, May 4.
by Yahya Bostan May 08, 2017 12:00 am

If the Trump team wants to have a say in the region, they simply must normalize the post-Obama relations with Turkey

EU foreign policy chief Federica Mogherini on Saturday made an interesting statement. Recalling Washington's airstrikes against a regime air base in Syria and the massing of U.S. forces near North Korea, she described the Trump administration's foreign policy as "unpredictable" and claimed that its unpredictability could mean the U.S. is "losing leadership." She added that China, India and Russia were eager to work more closely with the European Union and suggested that the EU could fill the vacuum left behind by Washington.

Ms. Mogherini's remarks indicate at least three things: First, the European Union is unhappy with the Trump administration's foreign policy – which, it also claims, is unpredictable. Although she specifically talked about Syria and North Korea, the Europeans are actually frustrated with U.S. President Donald Trump and his attitude toward Brussels. Another important point is that the EU no longer seems to consider the U.S. an ally but a competitor. In other words, Ms. Mogherini hinted that the EU was willing to compete with the Americans in the international arena by saying that it could "replace" the U.S. Finally, the European Union – perhaps for the first time ever - appears to be presenting the world with a global vision.

While the above points deserve attention, I will focus on the implications of Washington's increasingly contested global leadership on Turkish-U.S. relations.

America's leadership role in the world has been weakening and the unipolar world order is disintegrating. These have been widely accepted as facts for some time. As a matter of fact, it was Russian President Vladimir Putin who originally voiced this claim back in 1999. Since then, the U.S. has made a series of strategic mistakes – most notably in Iraq and Syria — and has become a shadow of its former self.

Needless to say, former President Barack Obama played a bigger role in America's retreat than most. During Mr. Obama's presidency, Washington's foreign policy focus shifted toward Asia as the Americans sought to compete with China. Meanwhile, the United States largely ignored the Middle East and Eurasia – where global players must be relevant to maintain their strength around the world. In a few short years, the Obama administration handed over control of Iraq and Syria to Iran on a silver platter. At the same time, it allowed the Russians to become more influential in the Middle East, as the U.S. betrayed the trust of key regional allies including Turkey and Israel. In the end, Washington was sidelined globally. A case in point has been the Astana process, where Turkey, Russia and Iran have been taking important steps in Syria without the United States.

Acknowledging that the United States was losing ground to Russia and China, President Trump pledged to make America great again. In order to reach this goal, he has been trying to help the country recover from the Obama presidency. It is no secret that Asia remains the Trump administration's top priority and it makes sense for him to watch North Korea closely and say things that upset Beijing. Nonetheless, Mr. Trump appears more interested than his predecessor in preserving the U.S. footprint in the Middle East. In line with this approach, the administration hinted that it wants to isolate Iran, increase the U.S. military presence in Syria and take certain symbolic steps against the Assad regime.

At the same time, Mr. Trump has been trying to repair his country's relations with U.S. allies around the world. His support for Israel is unquestionable. Later this month, the U.S. president will travel to Saudi Arabia on his first foreign trip – where he will also meet with representatives from the Gulf. There is a good chance that Mr. Trump and Arab leaders will exchange views on Iranian expansionism among other issues.

And what about Turkey? It is no secret that Ankara experienced a lot of tension with the Obama administration over Washington's partnership with the Syrian franchise of the PKK, which both Turkey and the U.S. consider a terrorist organization, and the protection that Fetullah Gülen, the mastermind of last summer's coup attempt in Turkey, has continued to enjoy in the U.S. The million dollar question is whether President Trump will win over his country's disgruntled ally in the Middle East by taking certain steps on these two issues. Next week, President Recep Tayyip Erdoğan will meet with Mr. Trump at the White House to discuss a number of key issues. While the Trump administration could give Turkey what it wants on Gülen, it remains unlikely that Washington will turn its back on the Democratic Union Party (PYD). Provided that Mr. Trump hasn't yet made a decision on Syria, the U.S. military has been acting like Mr. Obama continues to run the country. In northern Syria, U.S. commanders have been calling plays from the Obama playbook. Before meeting President Erdoğan, Mr. Trump must understand that the two issues - the Gülenist Terror Group (FETÖ) and the PYD - are part of Obama's failed legacy. If the United States wants to get back in the game, it will have to repair relations with Turkey before tackling problems in Iran, Iraq and Syria.
RELATED TOPICS