Donald Trump's Jerusalem move and the problem of radicalism 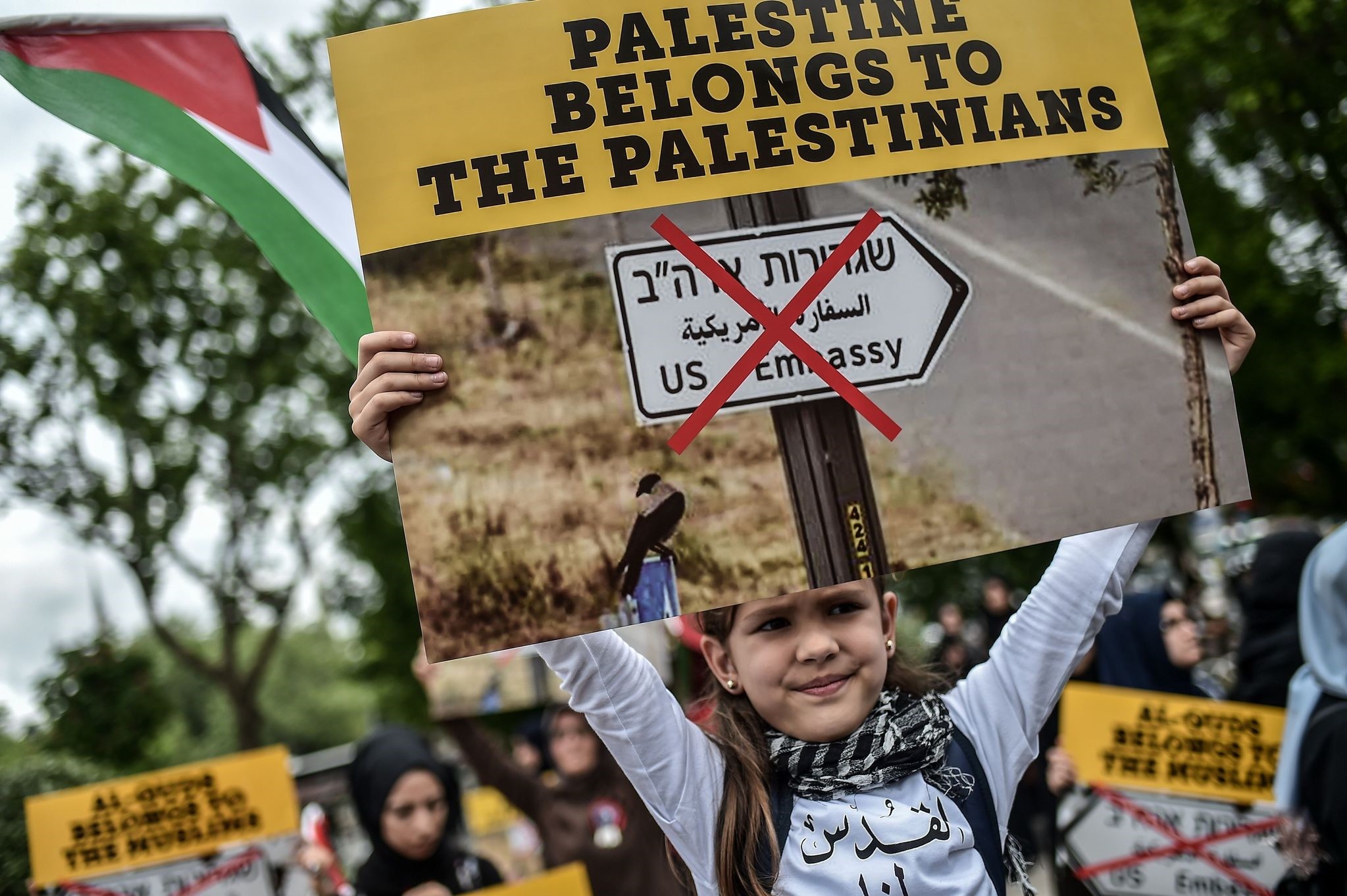 A young girl holds a placard reading ,Al Quds belongs to Muslims, during a demonstration against the opening of a U.S. embassy in Jerusalem, Istanbul, May 11.
by Yahya Bostan May 14, 2018 12:00 am

A more chaotic future for the Middle East is imminent as the U.S. opens its embassy in Jerusalem

U.S. President Donald Trump's controversial decision to move the U.S. Embassy to Jerusalem will be implemented today. On Dec. 6, 2017, Washington officially recognized Jerusalem as the capital of Israel. May 14 is also Israel's Independence Day, which millions of Palestinians consider the Day of Rage. Needless to say, opening the U.S. Embassy in Jerusalem on such a day has serious negative connotations.

There are many problems with the Trump administration's Jerusalem decision. Most important, it is a unilateral and illegitimate move that relies on brute force alone. The world has actively rejected this decision by U.S. President Donald Trump and the state of Israel by overwhelmingly supporting a U.N. resolution protesting Washington's efforts. Although isolated in the international arena, the U.S. refused to backtrack on its controversial decision.

Regional developments were highly influential on the Trump administration's decision to stick by its Jerusalem move. Handing over control of Jerusalem, an ancient city with vast significance to Muslims around the world, to Israel would not have been possible under any other circumstances. After all, there are a handful of countries whose opinions matter when it comes to any moves regarding Palestine: Turkey, Saudi Arabia, Iran and Egypt. Turkey is one of the most important players in the Muslim world thanks to its military, cultural, historical and strategic power. Saudi Arabia also plays an active role in Arab affairs and enjoys unquestionable economic power. Iran, in turn, has a sphere of influence that extends into Lebanon. Although the country's regional influence become stronger due to its militia forces in Syria, Tehran has been largely discredited by supporting Syrian dictator Bashar Assad. Finally, Egypt is relevant because it shares a land border with Palestine and wants to play a prominent role in the Arab world.

As such, it is virtually impossible to take any steps on Jerusalem and Palestine that the aforementioned countries collectively oppose. Today, however, this isn't the case. Here's why: U.S. President Donald Trump made a series of strategic moves before announcing his decision to move the U.S. Embassy to Jerusalem. He talked the Saudis, who were frightened by Iran's aggressive and controversial moves in Syria and Yemen, into supporting Washington's plans. This is why Riyadh has kept silent and actively supported the Trump administration.

Meanwhile in Egypt, the administration of General Abdel-Fatah el-Sissi desperately needs political and economic support from outside to survive. While the Gulf countries provide financial support to the leader of Egypt's 2013 coup d'état, its political support comes from Washington. Therefore, the Egyptian government is unable to oppose any steps mutually backed by Riyadh and the United States. Finally, Iran has been largely delegitimized in the Muslim world due to its misguided regional policy.

At the same time, the country needs to manage the tensions associated with the Trump administration's withdrawal from the nuclear agreement and Tehran's militias are being targeted by Israel in Syria. Nowadays, the only country left to challenge the Trump administration's Jerusalem decision is Turkey. The Turkish government played an active role over the past months to unite the U.N. General Assembly against the United States and facilitated the adoption of a historic resolution. It is important to note, however, that Turkey's capabilities are limited.

It was thanks to those regional circumstances that the Trump administration and Israel made a decision that places at risk regional peace and stability. Simply put, this is a reckless initiative. Although the Israeli government might not face immediate consequences, the buildup of anger across the Muslim world will eventually hurt Tel Aviv's interests.

The opening of the U.S. Embassy in Jerusalem today marks the beginning of a new era in the Middle East. This move will create a new cluster of problems in an already troubled part of the world. Until now, all major regional developments had been described by outsiders with reference to the 'Palestinian question' or the "Middle Eastern question." Obviously, those points of reference are highly problematic. As such, in light of Washington's most recent moves, it would be most accurate to describe the challenge as the problem of radicalism in the Middle East.

Unfortunately, the Middle East is now caught between three radical movements: The wave of radicalism emanating from Tehran, which wants a more prominent regional role; the radical and aggressive movements backed by Saudi Arabia; and Israel as a force that fuels radicalism. Let us hope that the region will overcome those challenges and come under the influence of legitimate and moderate players.