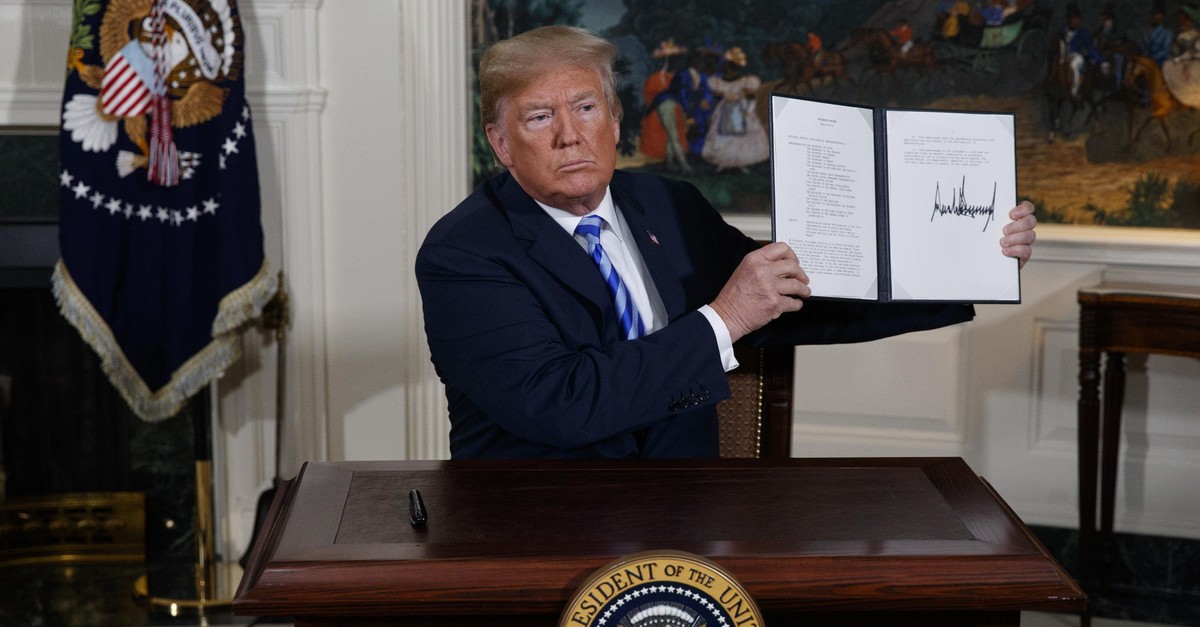 Turkey's eagerness to keep its distance from the U.S.-Iran crisis is totally right as the two states' regional policies pose threats to its national sovereignty and security

I accompanied President Recep Tayyip Erdoğan on his trip to Osaka, Japan, for the G20 summit. After the event, Erdoğan traveled to the Japanese capital Tokyo where he met with Prime Minister Shinzo Abe. We knew that certain economic issues, which would further strengthen Turkish-Japanese cooperation, would come up in that meeting. Yet we learned more about what happened in China, Erdoğan's next stop. President Erdoğan met with reporters covering his tour after his meeting with Chinese President Xi Jinping to share his views on his trip. Sharing insights into his meeting with Abe, the Turkish leader said that he and the Japanese prime minister had discussed tensions between Iran and the United States. We knew that Japan enjoys cordial relations with Iran, and Abe had visited Tehran to play mediator.

According to sources, the Japanese prime minister offered to work together with Turkey to address tensions between Washington and Tehran. Erdoğan did not turn down Abe's request, but his answer suggested that there were many questions in his head. The Turkish president told reporters that there would be no point in getting involved if talks would be nothing more than a gathering and an inconclusive exchange of views.

Why isn't Turkey interested in playing mediator between the United States and Iran? There are many reasons. First, the Turks do not see those tensions as a priority. The current crisis is a problem between the United States and Iran, and Turkey has many problems of its own to address. When I approached a Turkish government official to hear his thoughts on tensions between the U.S. and Iran, he told me that they were "interested in the Eastern Med, Libya and northern Syria." Ankara would rather focus on its own problems than waste time and energy on Washington's troubles with Tehran. Therefore, tensions between the U.S. and Iran are not considered a priority.

Second, there are many parties to Iran-U.S. tensions. Israel and the Gulf states are already involved in that dispute. The multitude of stakeholders renders a solution harder to attain. It makes little sense for Turkey to play mediator in a difficult conflict.

Last but not least, Turkey no longer trusts the United States and Iran on diplomatic issues. Just a decade ago, Iran was at the heart of another international crisis. The stakeholders were the same, and Washington and Tehran experienced problems over the latter's nuclear program. In 2009, Turkey and Brazil stepped in to mediate tensions and reached an agreement with Iran to relocate Tehran's enriched uranium in Turkey. That deal made things easier for Iran and offered Washington a much-needed guarantee that Iran won't develop nuclear weapons. What happened next? The Obama administration shook hands with Iran, and Turkey had to pay the political price of getting involved.

There are other reasons why the U.S. and Iran lost their credibility in Turkish eyes. Iran's immoral Syria policy and Washington's support for the terrorist organization PKK's local affiliate in Syria were among those reasons. Most important, however, was that those two governments shook hands behind closed doors, as Turkey paid the price for its goodwill.

Hence, Ankara's eagerness to keep its distance from the Iran crisis, whose authenticity remains unclear – especially against the backdrop of the conflict in North Korea. As my source noted, Turkey has its own problems to address and its own vital interests to protect. Turkey's decision, therefore, is right.