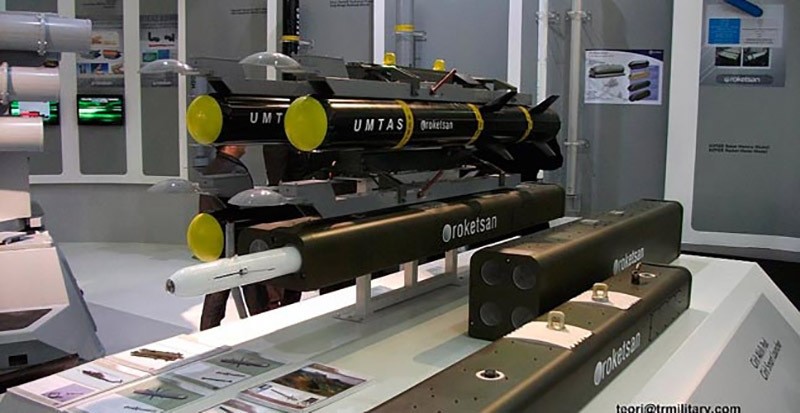 Turkish defense and aviation industry exports have almost doubled in the past five years, reaching 7.6 billion U.S. dollars, according to export figures revealed by the Turkish Exporters' Assembly (TİM) .

Turkey's defense and aviation exports in 2011 were only worth $883 million. 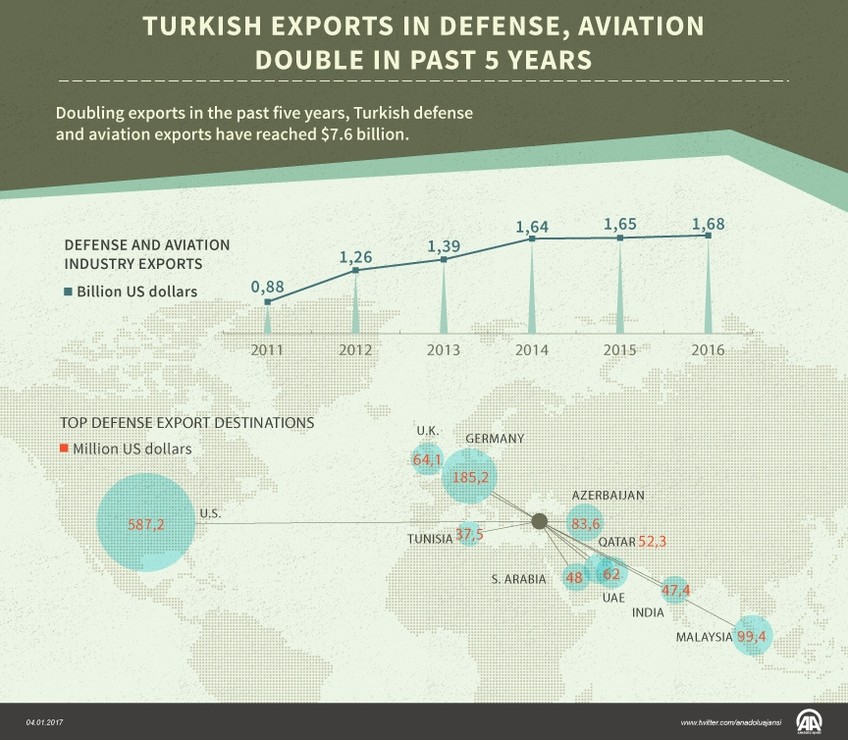 Last year's top export performance was in December 2016 with $212 million, while the lowest level was seen in July with $97 million.

According to the data, one third of last year's exports, about $587 million were received by the United States.

The U.S. was followed with exports to Germany worth $185 million, Malaysia with $99 million and Azerbaijan with $83 million.

The United Kingdom, United Arab Emirates, Qatar, Saudi Arabia and Tunisia were also among the other countries importing Turkish defense and aviation goods.