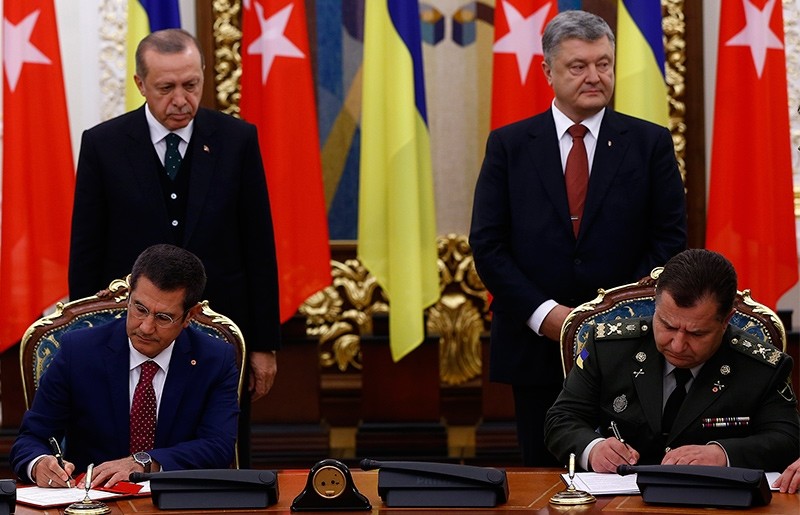 Deliveries under the agreement will be made in 2018.

"Today's agreements, of course, will help us raise the scope of our cooperation," Ukrainian President Petro Poroshenko said.

An action plan for strengthening bilateral relations, as well as agreements on tax policy, investment protection and education, were also signed by Turkish and Ukrainian officials.

In March, the Turkish Undersecretariat for Defense Industries (SSM) and the Ukrainian state industrial enterprise Ukroboronprom signed a memorandum of understanding during a visit by Ukrainian Prime Minister Volodymyr Groysman to Turkey. At that meeting, Ukraine Spet Techno Export was confirmed as the other partner in the ASELSAN deal.

In April and May, SSM and Havelsan signed separate memorandums with Ukroboronprom for the development and production of aircrafts and radar systems.