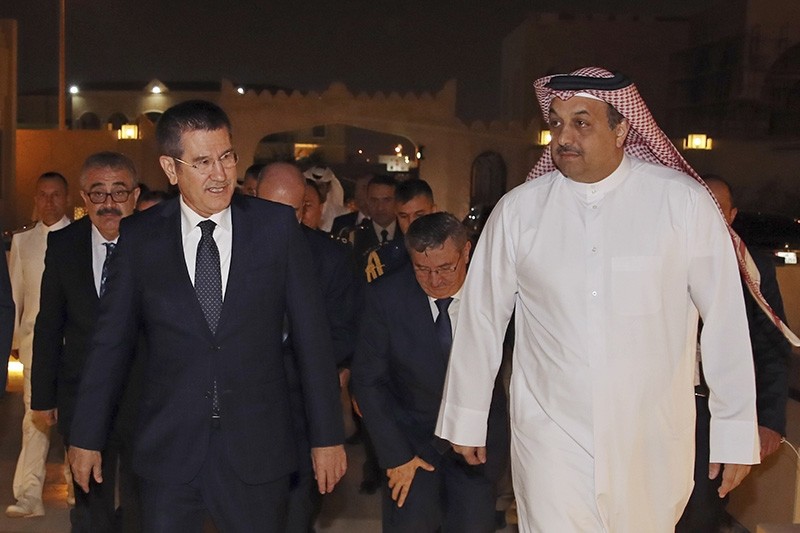 The flight simulator, built by the Turkish state-run air defense and military software company HAVELSAN, includes high-resolution satellite images of Qatar's entire sovereign territory and medium-resolution images of the larger Gulf area. The simulator costs about half the price of a helicopter, with more advanced technology essential for training.

Earlier Sunday, Canikli was received by his Qatari counterpart at Al-Udeid Air Base, southwest of the capital Doha.

"Our ties in the field of defense will improve, and the new training facility is in accordance with our objectives," Canikli said.

He added that countries that ignore their defense sectors have difficulty in surviving in the long term.

"The painful experiences we have had countless times taught us that you cannot be a mere spectator of defense technologies. If it weren't for our efforts in the last 10 years, Turkey would have had great difficulty resisting the attacks today," he said.

Canikli said that Turkey had advanced in defense sector, especially the drone technology.

"Turkey has caught up with the world especially in the UAV [Unmanned Aerial Vehicles] field. F-35 will probably be the last fighter jet to include a pilot," he said, adding that the future air combats would be led by drones.

Following the inauguration, Canikli and al-Attiyah inspected the facility together with other military delegations.

The project was signed on May 10, 2013, with the aim of meeting the needs of AW 139 helicopter pilots and operators in Qatari Air Forces. By the end of 2016, the project moved to Qatar.

So far, 55 pilots operating in Qatari Air Forces have received extensive training and 40 engineers have served over the past three years at the $39-million project.

Qatari officials said that the simulator HAVELSAN presented is the best they have ever used.

Turkey and Qatar's defense ties have strengthened in recent years, in line with the countries' political alliance. Turkey operates a military base in Qatar.

In early June, a handful of Arab states – led by Saudi Arabia – abruptly severed diplomatic relations with Qatar and imposed a blockade on the tiny Gulf country, accusing it of supporting terrorist groups.

Amidst the riff, Turkey has provided increased support to Qatar, boosting food and other imports to meet the country's economic shortages.

Since June, Turkey has urged the parties involved to solve the issue through diplomacy, arguing that both economic and political sanctions do not serve the interests of involved states.