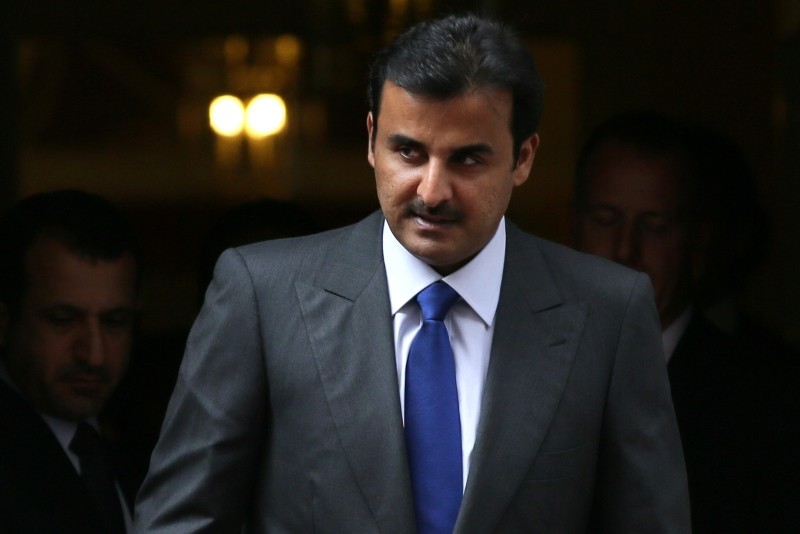 The leader of Qatar said Friday that he had discussed buying an advanced air defense system from Russia with President Vladimir Putin, but that no decision had been taken.

News that Qatar might be on the verge of buying the S-400 missile system has alarmed the gas-rich Gulf state's neighbor Saudi Arabia, which is reportedly lobbying hard to try to stop the acquisition.

French newspaper Le Monde reported last month that Saudi Arabia had even written to France warning that it might take military action if Qatar went ahead with the purchase.

"I don't want to go into details," Emir Tamim bin Hamad Al-Thani said at a press conference in Paris after talks with President Emmanuel Macron when asked about the issue.

"There is no agreement. It's true that we discussed it, we talked about it."

In June 2017, Saudi Arabia, Bahrain, the United Arab Emirates and other allies severed ties with Qatar and began an economic blockade over allegations that it was backing terrorism and regional rival Iran.

The S-400 is the latest generation surface-to-air defense system developed by Russia and is considered by NATO countries to pose a threat to their aircraft.

Russia has deployed it in Syria and is also in talks to sell it to NATO member Turkey.

Qatar's emir last met Putin in March in Moscow, and they are set to hold talks again during the latter stages of the World Cup in Russia, local media reported.