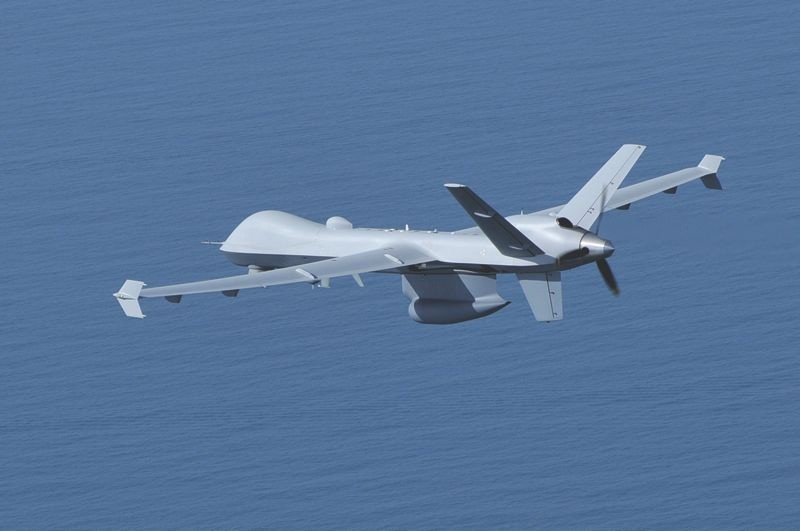 The United States has offered India the armed version of Guardian drones that were originally authorized for sale as unarmed for surveillance purposes, a senior U.S. official and an industry source told Reuters.

If the deal comes to fruition, it would be the first time Washington has sold a large armed drone to a country outside the NATO alliance.

It would also be the first high-tech unmanned aircraft in the region, where tensions between India and Pakistan run high.

In April, President Donald Trump's administration rolled out a long-awaited overhaul of U.S. arms export policy aimed at expanding sales to allies, saying it would bolster the American defense industry and create jobs at home.

The plan included a new drone export policy that allowed lethal drones that can fire missiles, and surveillance drones of all sizes, to be more widely available to allies.

One administrative hurdle to the deal is that Washington is requiring India to sign up to a communications framework that some in New Delhi worry might be too intrusive, the U.S. official said.

The drones were on the agenda at a canceled meeting between Indian and the U.S. ministers of state and defense that was set for July, the sources said. The top-level meeting is now expected to take place in September.

Last June, General Atomics said the U.S. government had approved the sale of a naval variant of the drone. India has been in talks to buy 22 of the unarmed surveillance aircraft, MQ-9B Guardian, worth more than $2 billion to keep watch over the Indian Ocean.

Besides potentially including the armed version of the drone, the sources said the number of aircraft had also changed.

An Indian defense source said the military wanted a drone not just for surveillance but also to be able to hunt down targets at land and sea. The military had argued the costs of acquisition did not justify buying an unarmed drone.

The cost and integration of the weapons system are still issues, as well as Indian assent to the Communications Compatibility and Security Agreement (COMCASA) which Washington insists on as a condition for operating advanced defense systems.

India, the defense source said, has shed its opposition to the agreement after an assurance from the United States it would apply largely to U.S-procured weapons systems such as fighter planes and drones and not to the large Russian-origin equipment with the Indian military.

Among the changes will be a more lenient application by the U.S. government of an arms export principle known as "presumption of denial." This has impeded many drone deals by automatically denying approval unless a compelling security reason is given together with strict buyer agreements to use the weapons in accordance with international law.

A second U.S. official said the new policy would "change our calculus" by easing those restrictions on whether to allow any given sale.

The MTCR – a 1987 missile-control pact signed by the United States and 34 other countries – will still require strict export controls on Predator-type drones, which it classifies as Category 1, those with a payload of over 1,100 pounds (500 kg).

However, the Trump administration is seeking to renegotiate the MTCR accord to eventually make it easier to export the larger armed drones.

The head of Pentagon's Defense Security Cooperation Agency (DSCA) told Reuters at the Farnborough Airshow that he was unable to comment on any pending deals that had not been notified to Congress.