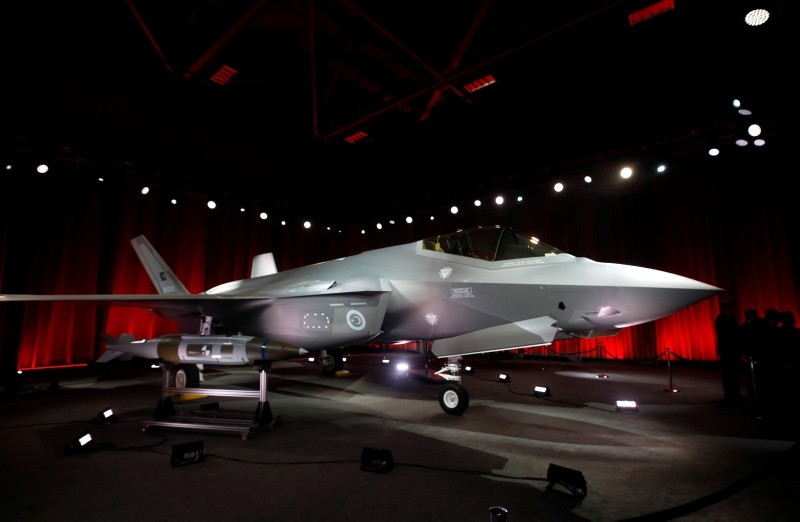 Halting the delivery of new generation F-35 fighter jets to Turkey could cause serious problems for its maker Lockheed Martin, a report said Friday.

Turkey is an important partner in the international F-35 program and is the only source in the world for some of the warplane's parts.

"Turkey is a global leader in aerospace manufacturing, and 10 Turkish companies will make about $12 billion worth of parts for the F-35, including key components such as the center fuselage and some landing gear," Bloomberg said.

For instance, Turkey's Ayesaş is the sole supplier of the F-35's cockpit display and the missile remote interface unit.

Bloomberg believes that if the U.S. Congress blocked the sale of F-35s to Turkey, Ankara could stop supplying crucial parts for the jet.

"If the Turkish supply chain was disrupted today, it would result in an aircraft production break, delaying delivery of 50-75 jets and would take approximately 18-24 months to re-source parts," U.S. Secretary of Defense Jim Mattis wrote in July in a letter to Congress.

Mattis has to present the U.S. lawmakers with a report on Turkish-American relations.

The report is expected to include an assessment of Turkey's participation in the F-35 program as well as the risks that would be posed by the country's purchase of the Russian S-400 missile defense system, which has irked U.S. officials.