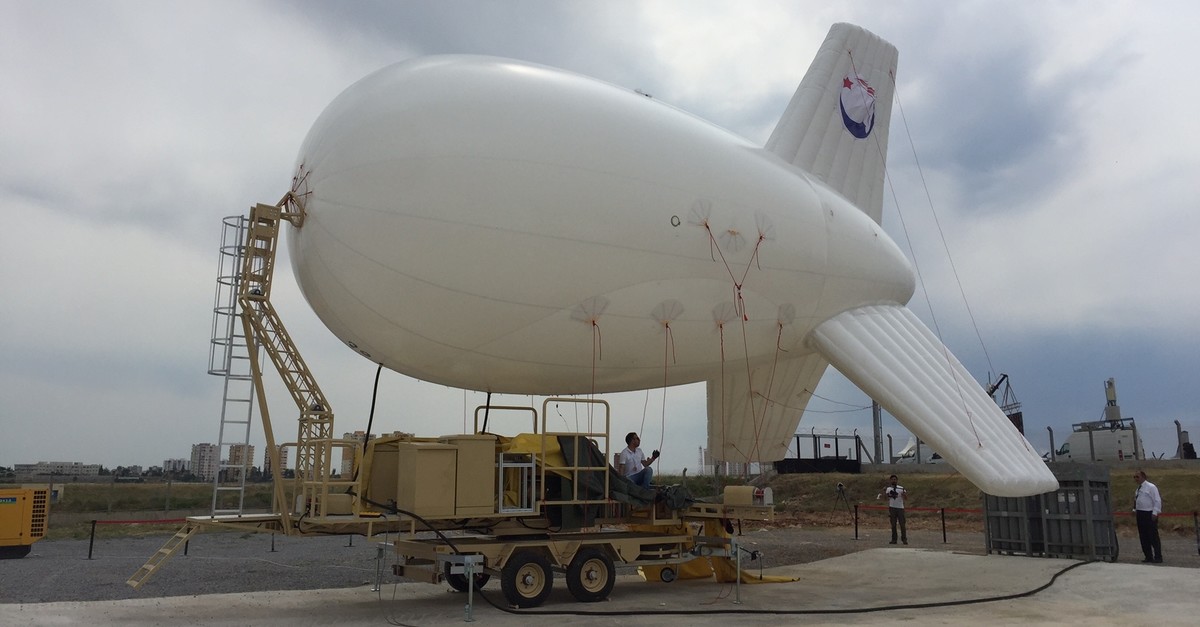 The domestically-developed unmanned aerostat system "Doruk" will join the inventory of the Turkish Armed Forces (TSK) and will be used for border monitoring beginning along the southern border with Syrian in September, a defense industry manager said Wednesday.

The first field tests for the system will be carried out in July and, if successful, the aircraft will go into use at one of the border posts in southern Turkey's Hatay province in September.

The system was domestically produced by Otonom Technology — a Turkish robotics, electronic and software company — within the scope of Turkish defense giant ASELSAN's "Karagöz Project," to contribute to the military communication network along with the border surveillance.

Otonom General Manager Işıl Kolağasıoğlu said that the system will be used more widely after entering into service with the TSK.

Kolağasıoğlu said that border surveillance is not the only function of the system, noting, "Thanks to the relay system to be installed on it, the soldiers' communication network will be expanded in cross-border operations."

Kolağasıoğlu explained that when GPS satellites are turned off during cross-border operations, communication signals are lost and soldiers are unable to get information about their positions. "With the position markers placed on more than one balloon along the border, location support can once again be provided to the soldiers," he said.

The aerostat system offers a wide range of surveillance capabilities, with its ability to reach up to 1000 meters (3,280 feet) in altitude, withstand wind speeds up to 80 kilometers per hour (50 mph), carry up to 75 kilograms (165 pounds) of load and stay in the air for a week.

The system will also be used for communication in disaster and emergency situations and for monitoring ports and forest fires.