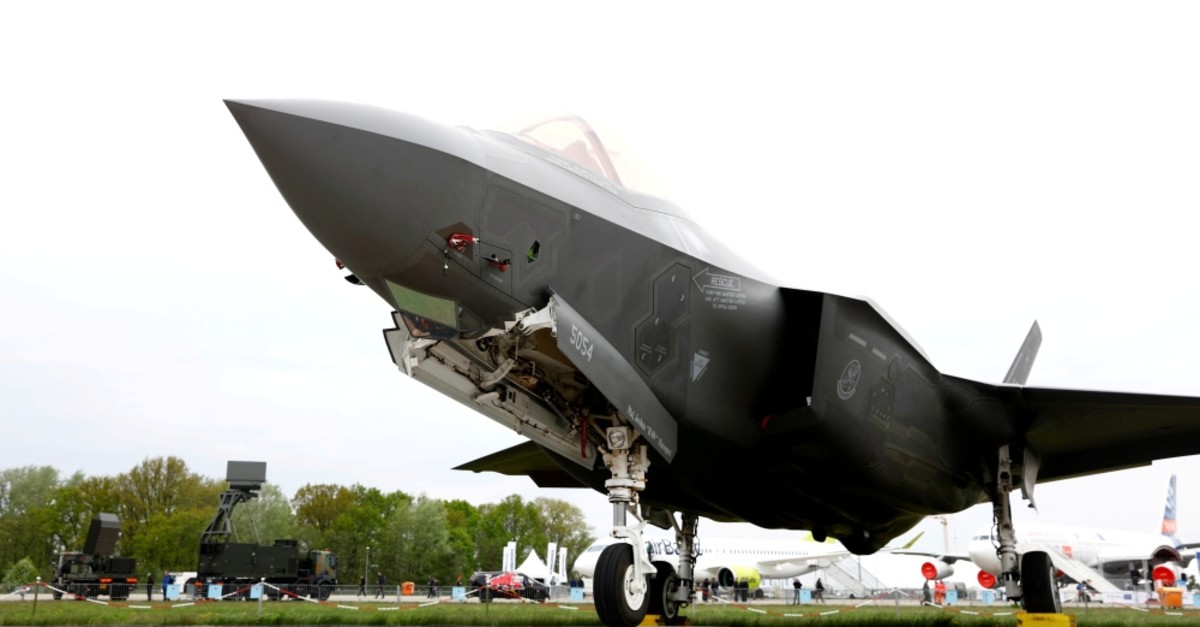 Ankara says the latest resolution approved by the U.S. House of Representatives does not comply with the rooted bilateral relations, stressing the importance of dialogue and showing respect to resolve the difference of opinions

The relations between two NATO allies, Turkey and the U.S., have been going through one of the most turbulent periods in their long history. They have seen dramatic fluctuations due to persistent issues, particularly the advanced Russian-made air defense missile system that Turkey is about to receive.

The U.S. House of Representatives approved the resolution "Expressing Concern for the United States-Turkey Alliance" on Monday, highlighting worries about the alliance between Ankara and Washington. This was immediately criticized and deemed "unacceptable" by Turkey. The Foreign Ministry said Tuesday the resolution condemning Ankara's purchase of Russian air defense missile systems and urging potential sanctions was unacceptably threatening. The resolution does not comply with the deep-rooted friendship and relations of the alliance between Turkey and the U.S., the ministry said in a statement.

"The decision ratifying the unjust and unfounded allegations about Turkey's foreign policy and its judicial system is never acceptable," it added. "It is unacceptable to make decisions that do not serve to increase mutual trust, to continue to keep the language of threats and sanctions on the agenda and to set various artificial deadlines," the ministry noted.

It underlined the importance of relying on dialogue and showing respect in order to resolve a difference of opinion between allies. The resolution condemns Turkey's decision to acquire Russian S-400 air defense systems and calls on Ankara to cancel its procurement.

Tension between the two allies has reached a fever pitch in recent months with Ankara set to begin receiving the advanced Russian surface-to-air missile (SAM) system.

Kremlin: S-400s to be delivered to Turkey in July

Turkey decided in 2017 to purchase the S-400 following protracted efforts to purchase air defense systems from the U.S. with no success. However, U.S. officials have advised Turkey to buy the Patriot missile system rather than the S-400 system from Moscow, arguing that it is incompatible with NATO systems. Turkey has responded that it was the U.S.' refusal to sell Patriots that led it to seek other sellers and that Russia offered a better deal, including technology transfers.

President Recep Tayyip Erdoğan said last week that the U.S. had yet to give Turkey an "offer as good as the S-400s."

Washington has said that S-400s would be incompatible with NATO systems and they would expose the F-35s to possible Russian subterfuge. But Ankara has emphasized the S-400 would not be integrated into NATO operations and would not pose a threat to the alliance.

Eyes will now be on the G20 summit in Osaka, Japan scheduled for June 28-29, where President Erdoğan will meet U.S. President Donald Trump on the sidelines.

"Although the U.S. Congress and many official U.S. institutions are clear on the S-400 issue, Turkey believes President Trump will find a solution to this matter. Even though Turkish Friendship Group members on the U.S. House of Representatives and Senate side have all stated hope Turkey will not make a wrong decision, Turkey is also trying all means to resolve the issue," Ali Çınar, the president of the U.S.-based Turkish Heritage Organization, told Daily Sabah.

Çınar also suggested that U.S. public does not know the full story of how the S-400 issue has come this far and why the Patriots were not given to Turkey for 10 years.

"Specifically, I mean the 'So you offered it, and we did not take it' phrase. Everybody is asking what and what kind of plan B Turkey has in case of U.S. sanctions. Namely, the question of what will Turkey do if S-400s are taken. Already, there are many anti-Turkey groups in Washington wanting Turkey-U.S. relations to completely deteriorate," he said.

According to Çınar, it is necessary to keep the relationship between Erdoğan and Trump separate from the Turkey-U.S. relations.

"Yet, we saw that President Trump has not kept his promises in northern Syria. Above all, it is especially important that the representatives of the official institutions under Trump are involved in this issue and that diplomatic channels are open," he noted.

"There is something clear here. The experienced difficulties are paving the way for Turkey's further strengthening of its national defense industry in an independent way," Çınar stated.

In the meantime, Washington has also has pressured India to withdraw from its decisions to purchase the long-range S-400 air missile defense system and has warned that there will be serious implications on their defense and trade ties.

On the other hand, U.S. officials said on Monday the training of Turkish pilots for F-35 fighter jets had come to a faster-than-expected halt at an air base in Arizona, as Ankara's involvement was wound down over the S-400 deal.

"The department is aware that the Turkish pilots... are not flying," said Air Force Lt. Col. Mike Andrews, a Pentagon spokesman. "Without a change in Turkish policy, we will continue to work closely with our Turkish ally on winding down their participation in the F-35 program." The U.S. said Friday it would halt new pilot training in the F-35 fighter jet program with Turkey, one of the core partners in the F-35 program and a prospective buyer. Acting U.S. Secretary of Defense Patrick Shanahan said all Turkish pilots in the program must leave the U.S. by July 31 and training for new pilots will be suspended, according to a letter sent to Defense Minister Hulusi Akar.

The timetable would allow pilots currently training for the F-35s to complete their training and for other pilots to be reassigned to other posts, Shanahan said. The U.S. has already suspended deliveries of parts and services related to Turkey's receipt of the multi-million-dollar jets.

The disclosure of the decision on the pilots follows signs that Turkey is firmly moving ahead with the S-400 purchase. Minister Akar said on May 22 that Turkish military personnel were receiving training in Russia to use the S-400s and that Russian personnel may come to Turkey. President Recep Tayyip Erdoğan said last Tuesday it was "out of the question" for Turkey to back out of its deal with Moscow.