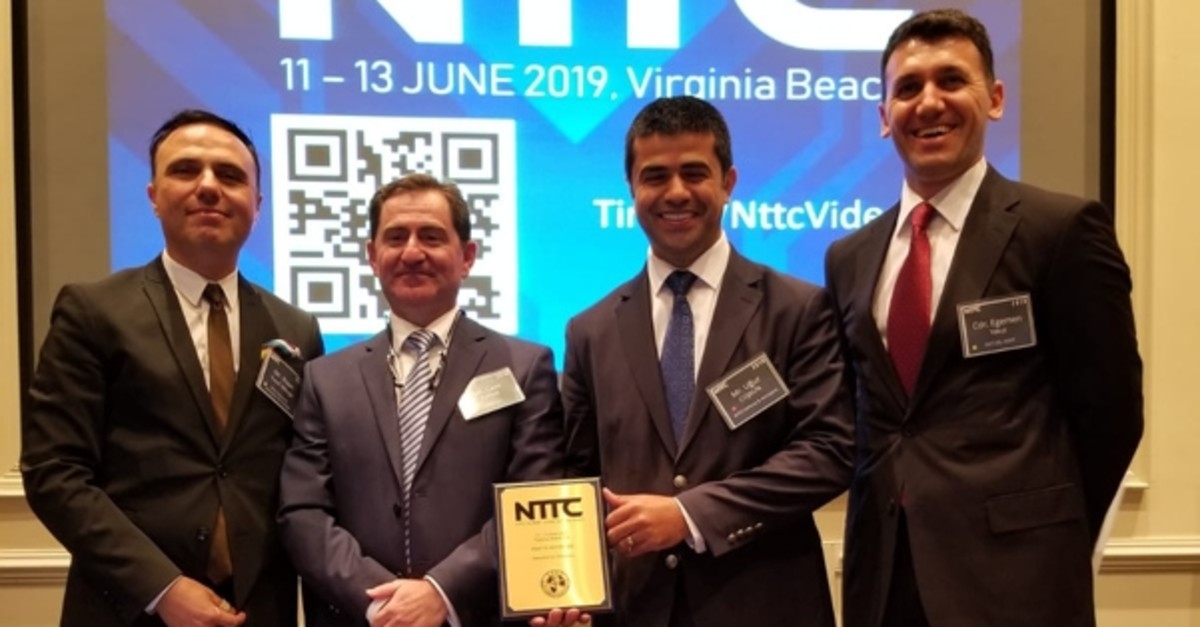 A Turkish defense industry firm, which came to the fore with its works in the field of augmented reality (AR), was awarded at the NATO Training Technology Conference (NTTC) that took place between June 11 and 13.

BİTES, an Ankara-based company that has been developing innovative solutions and projects in fields such as AR, received a "best training solution prize" at the conference that was organized by the NATO Allied Command Transformation to discuss ways of developing training with advanced forms of technology.

Representatives from the Turkish company, which was included among the world's top 100 training and simulation technologies firms, shared their experiences on "AR-assisted defense applications" within the scope of the conference.

The company also presented demos of its newest products, including the prototype of "Augmented Reality Assisted Maintenance Applications," which was applied to "New Type Patrol Boats" — a new addition to the Turkish Navy's inventory — and "Augmented Reality Assisted Holographic Application Infrastructure of Command Control Systems" produced for Turkish defense giant ASELSAN, and "Holographic Map Application" realized with the support of the General Command of Mapping.

The company has included AR technology in its roadmap and has allocated resources for stable development for the last 10 years.

The AR sector, currently standing at a market volume of $12 billion, is expected to reach $60 billion by 2023.