Turkey vows retaliation against possible US sanctions over S-400 deal 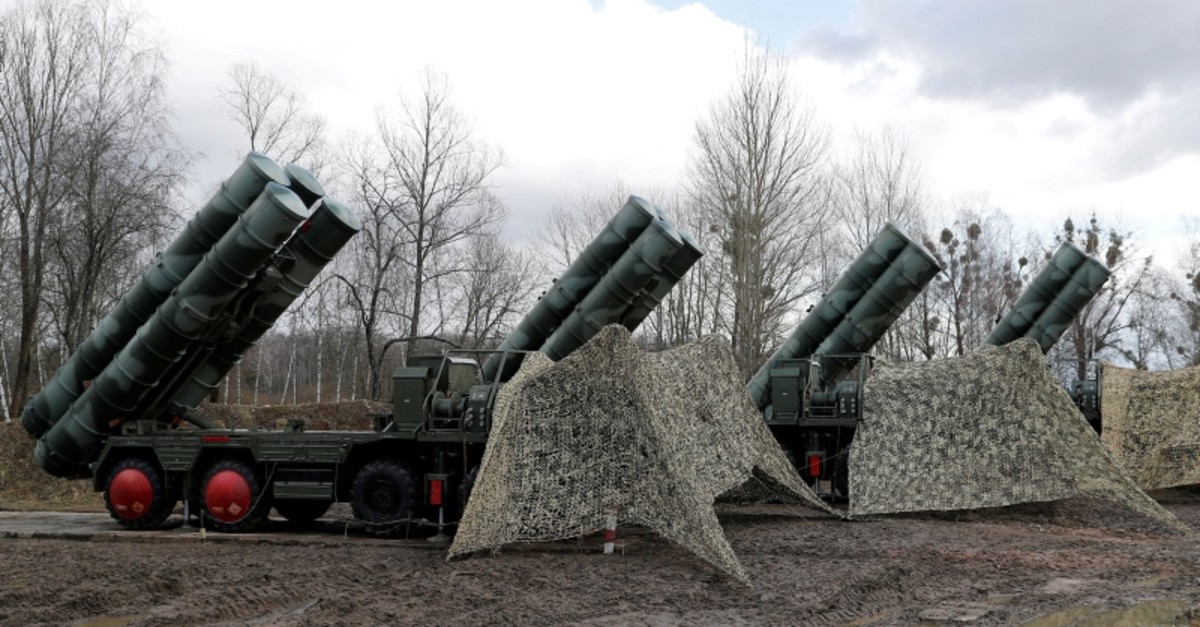 This file photo dated March 11, 2019 shows a new S-400 ,Triumph, surface-to-air missile system after its deployment at a military base outside the town of Gvardeysk near Kaliningrad, Russia. (Reuters File Photo)
by Daily Sabah with Agencies
Jun 14, 2019 1:42 pm

Turkey will "take reciprocal steps" if the United States imposes sanctions over its purchase of the Russian S-400 air defense missile systems, Foreign Minister Mevlüt Çavuşoğlu said on Friday, marking the latest step toward a standoff between the NATO allies.

"If the United States takes any negative actions toward us, we will also take reciprocal steps," Mevlüt Çavuşoğlu told Anadolu Agency's Editors' Desk in the capital Ankara when asked about possible U.S. sanctions. "Turkey will never retreat on its deal to buy Russian S-400 missile defense systems."

"We will not take a step back," he added. "We will continue our dedication in order to be an independent and free nation."

On why Turkey decided to purchase a defense system from Russia, Çavuşoğlu said Ankara tried to buy U.S. Patriots, but couldn't reach a deal. "Then we looked for alternate [defense systems] and we got the best offer and best technology from Russia," he said.

Turkish officials have stressed that Russia offered technology transfers with the S-400 deal.

"Even if we reached an agreement [with the U.S.] on the price and delivery process, can you [U.S.] guarantee it would be passed by Congress? No, you can't," Çavuşoğlu added.

Stating that NATO can only protect 30% of Turkey's airspace, Çavuşoğlu said, "This is surely a national cause."

His remarks came after President Recep Tayyip Erdoğan said on Wednesday that Turkey has already bought the Russian S-400 system and is set to take delivery next month.

Erdoğan said he will meet U.S. President Donald Trump on the sidelines of the G20 summit in Osaka, Japan, scheduled for June 28-29, where the two leaders are expected to have a mutual discussion on the issues.

Tensions between the U.S. and Turkey have risen in recent months over Ankara purchasing the system, which Washington said will jeopardize Turkey's role in the U.S. F-35 fighter jet program and could trigger congressional sanctions.

The Pentagon told Turkey last week that it was cutting off Ankara's purchase of F-35 fighter jets if the Turkish government went ahead with plans to buy a Russian missile defense system.

In a letter to Defense Minister Hulusi Akar last week, U.S. Defense Secretary Patrick Shanahan said the training of Turkish pilots will end July 31 and Turkey will not be allowed to take final possession of the four F-35 aircraft it bought. Shanahan also warned that Ankara's purchase of the Russian system could hamper America's future relationship with Turkey, which has been a critical U.S. partner and base for combat operations, including for the war in Syria.

"We've suspended some of the activities in terms of training. We haven't suspended any of the maintenance activity," Shanahan said.

But the Pentagon said Tuesday that the U.S. Air Force has halted ongoing training of Turkish pilots on the F-35 before the end date for "safety" concerns.

Turkish government officials also reiterated on Thursday that the country is not backing down from its decision and that the deal with Moscow was irreversible, rejecting the ultimatum on the issue by Washington.

In a phone call on Thursday, Akar told Shanahan that the letter's language and approach does not suit the spirit of the alliance. The two ministers agreed to meet at the NATO Defense Ministers Meeting in Brussels that is to be held on June 26-27.

Ankara has also said it will respond to Shanahan's letter in the coming days.

Çavuşoğlu said Thursday that even though President Trump himself was open to the idea, it had been rejected by other U.S. institutions.