Turkey does not expect US sanctions over S-400 deal with Russia, Erdoğan says 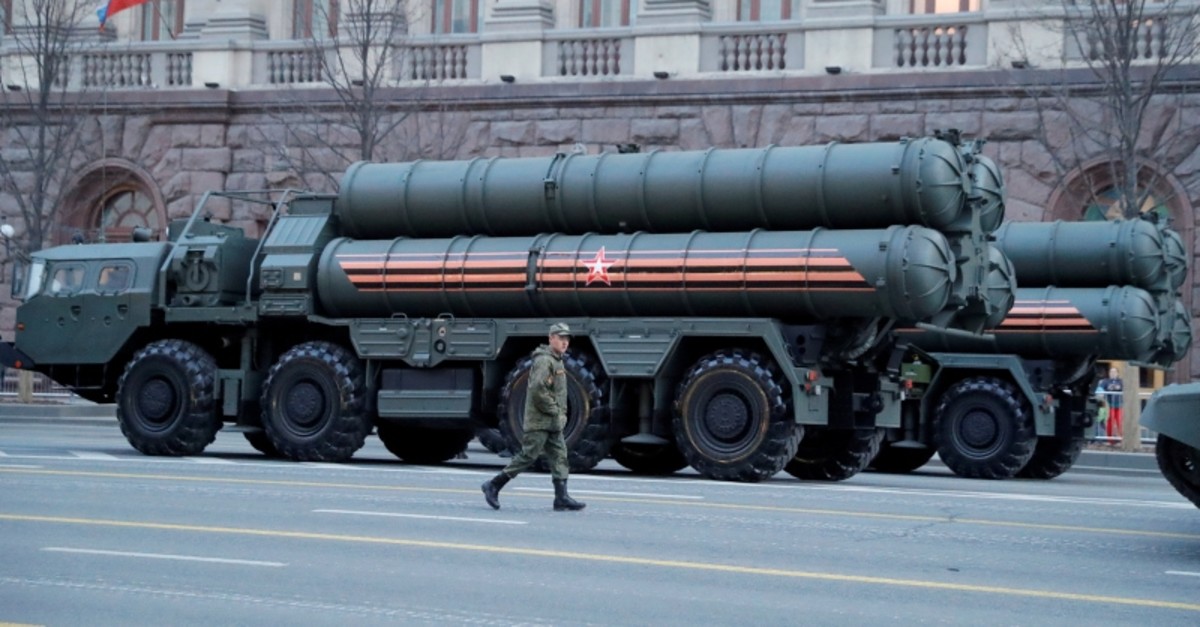 President Tayyip Erdoğan on Thursday said he did not expect the U.S. to impose sanctions on Turkey over its planned purchase of S-400 Russian missile defense systems and repeated that it was a "done deal."

Speaking at a news conference for foreign media in Istanbul, Erdoğan said the U.S. should think very carefully before imposing sanctions on Turkey, a NATO member, and if it went ahead with sanctions, Ankara was going to retaliate.

"I say this very openly and sincerely, our relations with (President Donald) Trump are at a place that I can call really good... In the event of any issues, we immediately work the phones," the president said.

"I do not see any possibility of these sanctions happening," Erdoğan said. But he said Turkey would not remain silent if they were imposed. "The U.S. has to think about this very carefully. We will have sanctions of our own."

Erdoğan reiterated that the deal with Russia was sealed and there would be no turning back, adding that the country expects to take delivery of S-400s in the first half of July.

The president also noted that he enjoyed good relations with President Trump but that Turkey's ties with people who worked below him were "very, very different" and that teams on both sides often disagreed on a number of issues, including the S-400s.

Erdoğan, scheduled to meet Trump during a G20 meeting in Japan next week, said he would discuss the issue of sanctions with him. He added that the U.S. wouldn't want to lose an ally like Turkey.

Turkey has responded that it was the U.S.' refusal to sell Patriots that led it to seek other sellers, adding Russia offered a better deal, including technology transfers.

President Erdoğan yesterday denied that Washington offered Turkey a "good" deal that would allow it to purchase U.S. Patriot systems instead.

Turkey has emphasized that the S-400s would not be integrated into NATO operability and would not pose a threat to the alliance. It has also repeatedly said it was ready to discuss Washington's concerns. It proposed forming a joint working group with Washington to assess whether the S-400s would pose a threat to NATO; however, the U.S. has not taken any steps to form the technical team.