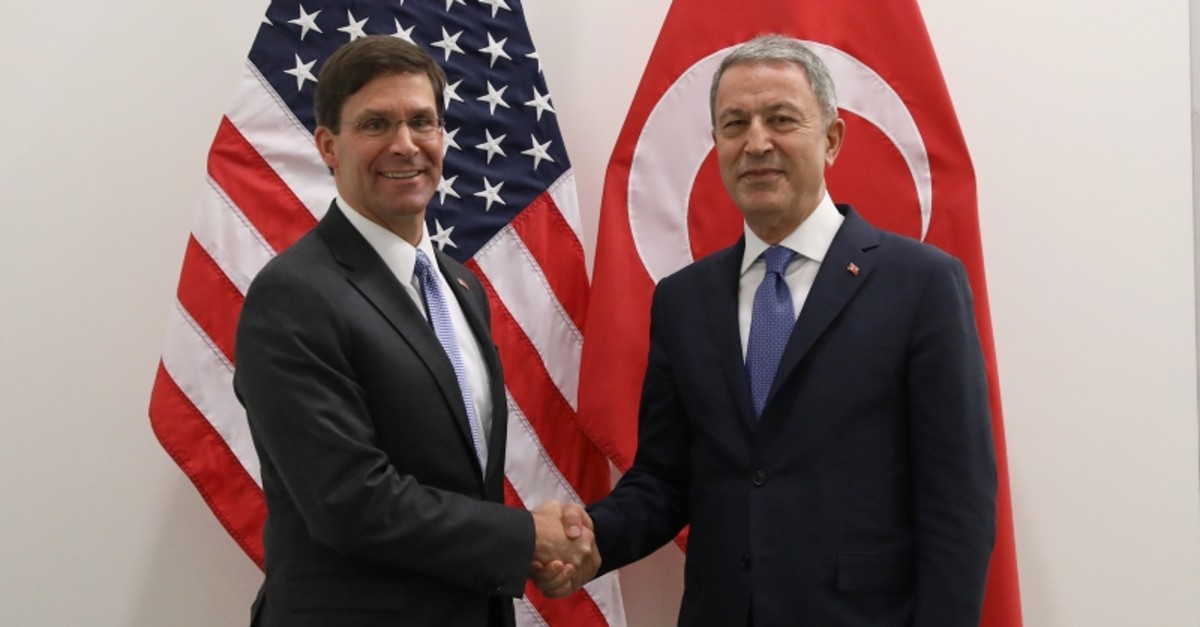 "The secretary was very firm, once again, that Turkey will not have both the S-400 and the F-35. And if they accept the S-400 they should accept ramifications not only to the F-35 program but also to their economic situation," the official said, speaking on condition of anonymity, after the U.S.-Turkey meeting on the sidelines of NATO gathering in Brussels.

According to a National Defense Ministry statement, Akar and Esper exchanged views on Syria and the F-35 fighter jet project.

The officials addressed other issues regarding the bilateral security and defense cooperation during the meeting as well, ministry added.

The meeting also underscored the importance of continued dialogue between the two countries.

Turkey's decision to purchase the Russian surface-to-air defense missile system has caused tension in its relations with the U.S. However, on every occasion, Turkey has argued that it will not back down on the deal and buying the S-400s is a matter of sovereign decision-making.

U.S. officials have advised Turkey to buy the Patriot missile system rather than the S-400 system from Moscow, arguing the Russian system would be incompatible with NATO systems and expose the F-35 to possible Russian subterfuge.