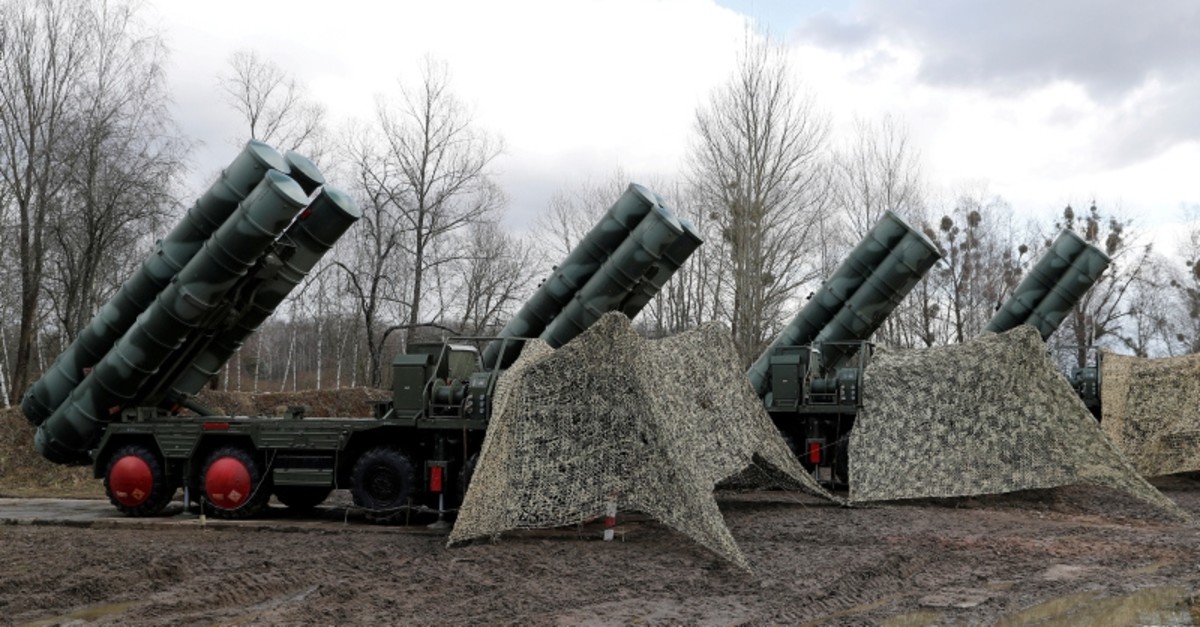 The ruling Justice and Development (AK) Party spokesman reiterated Saturday that Turkey is determined to reinforce its air defense systems as threats continue to arise from Syria, Iraq and eastern Mediterranean.

"There should not be any security flaw for Turkey," Çelik said, citing developments in Syria, Iraq, and eastern Mediterranean as threats to Turkey's national security.

U.S. officials urged Turkey to buy U.S. Patriot missiles, arguing the Russian system would be incompatible with NATO systems, expose the F-35s to possible Russian subterfuge, and could trigger sanctions.

Following protracted efforts to purchase an air defense system from the U.S. with no success, Ankara decided in 2017 to purchase the Russian S-400s.

During last week's G20 summit in Osaka, Japan, Erdoğan said U.S. President Donald Trump told him there would be no sanctions against Turkey after it received the S-400 defense systems, which are expected to be delivered later in July.

At the summit, Trump blamed the standoff on then-President Barack Obama's refusal to sell Patriot missiles to Turkey, and said Turkey had not been treated fairly.