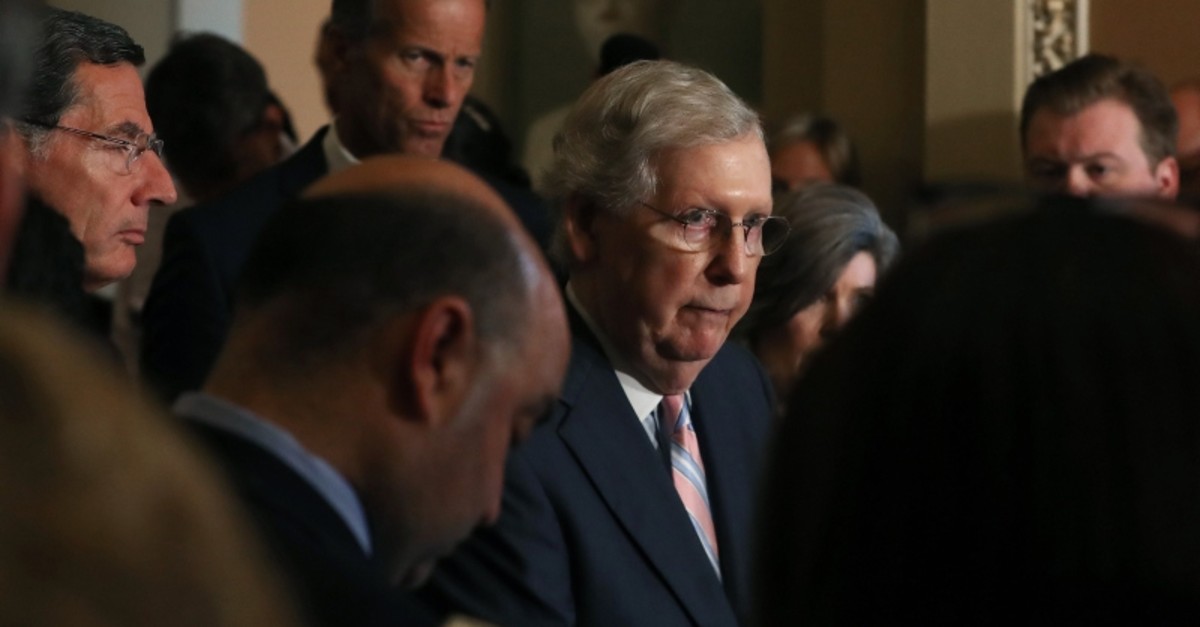 The White House has yet to issue a statement.

On Thursday, Trump made a series of contradictory remarks on whether the U.S. will impose sanctions on Turkey.

He initially said that sanctions are not under consideration "right now" before later telling reporters "we're looking at it."

The president said the situation is "very very difficult" and blamed his predecessor, former President Barack Obama, for the row.

Last week, the Trump administration began the process of removing Turkey from the F-35 fighter jet program over its acquisition of the S-400 system in a major rift with a key NATO ally. The expulsion is slated to be completed by the end of March 2020.

It urged the formation of a working group to clarify any technical issues, but the U.S. failed to respond to this proposal.

The U.S. threatened sanctions over the purchase, with Turkey responding that any sanctions would be met in kind.

The delivery of S-400 components began on July 12 and is set to continue through April 2020.