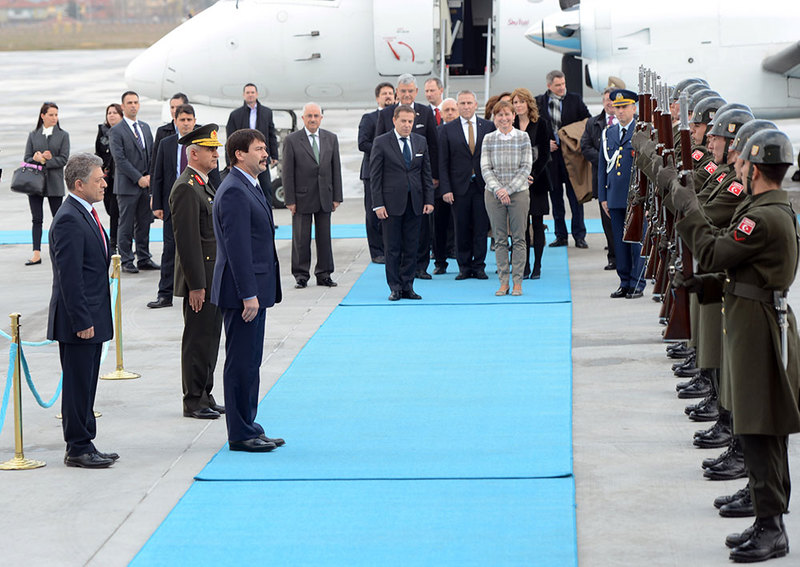 | Photo: AA
by Daily Sabah Mar 11, 2015 12:00 am
Hungarian President Janos Ader arrived at Ankara on Wednesday for a visit on bilateral relations.

President Ader will hold his first meeting with his Turkish counterpart President Erdoğan at the Presidential Palace, where they are due to hold a joint press statement on Thursday. He will also meet with Prime Minister Ahmet Davutoğlu and Parliament Speaker Cemil Çiçek during his visit to Ankara. In Istanbul, Ader is expected to meet with Fener Greek Orthodox Patriarch Bartholomew II.

The Hungarian President's visit coincides with the anniversary of Hungary's 1848-1849 independence struggle, and he will attend ceremonies in Ankara and a museum in Kütahya named after the independence hero Lajos Kassuth to mark the occasion.