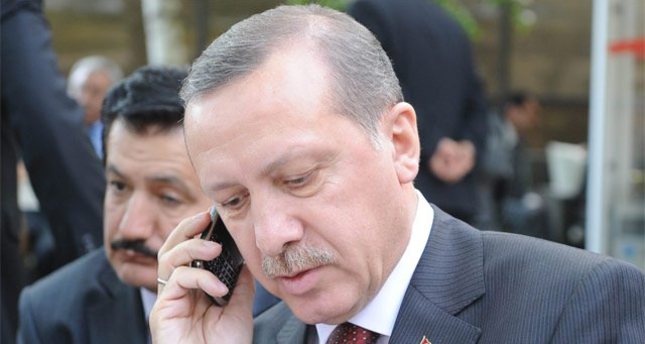 by Daily Sabah Mar 25, 2015 12:00 am
President Recep Tayyip Erdoğan has called King Felipe VI to offer his condolences following the crash of an Airbus A320 en route from Barcelona to Dusseldorf, the presidential office said on Wednesday.

During the phone call, Erdoğan expressed that he was deeply sorry for the death of 144 passengers and six crew members and extended his condolences to the victims' families and all Spanish people.

An Airbus plane operated by Lufthansa's Germanwings low cost airline crashed in southern France on Tuesday en route from Barcelona to Düsseldorf. A total of 144 passengers and six crew members were on the plane, Germanwings CEO Thomas Winkelmann said.

French Interior Minister Bernard Cazeneuve said on Tuesday that the plane's black box has been found. He said, 300 soldiers and 350 firefighters have been deployed to assist local search and rescue at the site of the plane crash in the French Alps. He added that 10 helicopters and a military plane have been deployed, and that the soldiers have special expertise in mountains missions.

The German Embassy in Turkish capital Ankara has lowered their flag to half-staff, saying on their twitter account: "We have all been shaken deeply."
Last Update: Mar 25, 2015 11:57 pm
RELATED TOPICS