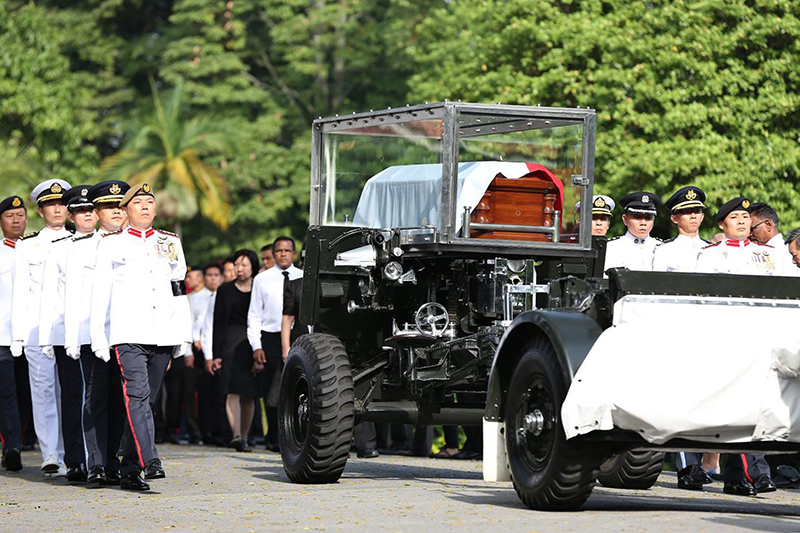 |Photo: EPA
by Anadolu Agency Mar 25, 2015 12:00 am
Turkey has offered its condolences to Singapore on the death of Lee Kuan Yew, who led the city-state to independence and served as its premier for 31 years.

Lee died in hospital on Monday aged 91. Thousands of people queued outside parliament - where Lee lay in state Wednesday - to pay tribute, after his body was moved by gun carriage from his official residence.

In a statement late on Tuesday, the Foreign Ministry described Lee as one of the most important leaders of today, who played a leading role in the tranformation of the country's economy.

"With his vision and statesman skills, Lee siezed the initiative to found a country like Singapore, where people can live in prosperity no matter their origins or religions," the statement said.

Regarded as the founding father of modern Singapore, Yew was credited with transforming the city from a port into a global hub.